McLaren Automotive builds some of the finest supercars and hypercars in the world. Unless you want to be separated from your license in a hurry and enjoy the confines of a police cell you are never going to be able to fully explore the ultimate potential of these mega machines. McLaren’s solution for this is Pure McLaren, a customized program that is tailored for the owner who wants to explore the limits of their supercars within the safe confines of a race track. For those owners who are bitten by the racing bug, McLaren Pure will guide them through various levels to achieve an FIA racing license to compete in race series around the world including McLaren’s own special standalone GT series using the McLaren 570 GT4.

McLaren was born to go racing as exemplified by the founder of the company racing driver Bruce McLaren. McLaren has raced all over the world in a multitude of racing series, however, they are best known for racing in Formula One. An example of McLaren’s racing prowess can be demonstrated in the 1988 Formula One season in which McLaren Racing won 15 out the 16 Grand Prix they entered that year.

In 2010 McLaren Automotive entered the automotive market to build supercars and hypercars. It was only natural that the road cars serve as a basis for more extreme track-based versions. McLaren is no stranger to converting road cars into race-winning racing cars. The iconic McLaren F1 supercar designed by Formula One designer Gordon Murray was converted into the F1 GTR in 1995 and subsequently won the 1995 24 Hours of Le Mans. 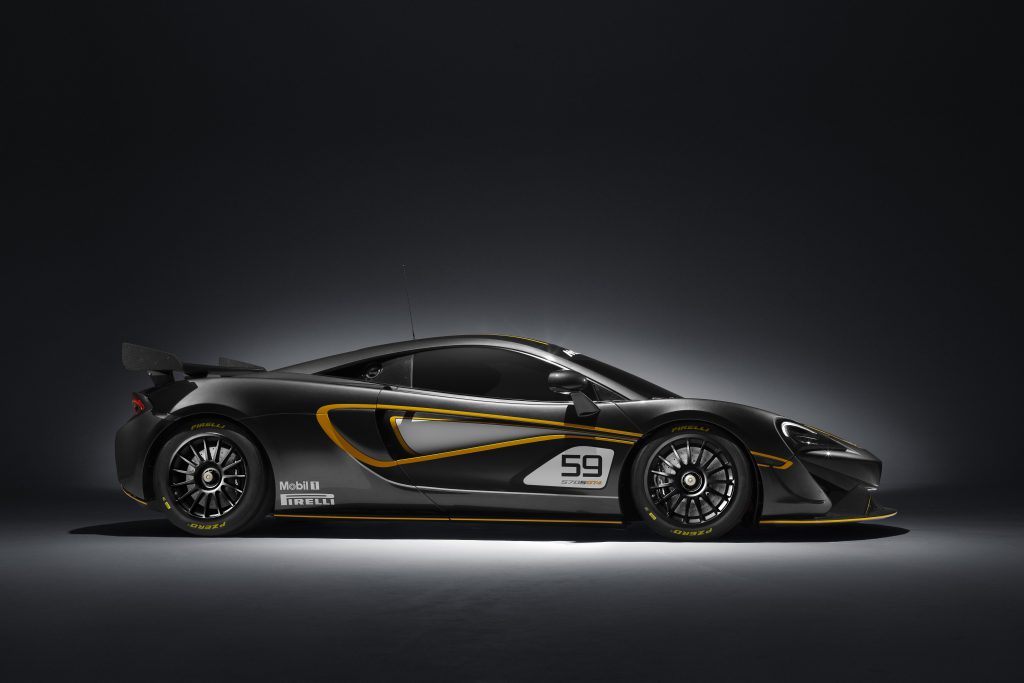 The genesis of McLaren Automotive in 2010 was the MP4-12C which was soon converted to the racing cause in the form of the 12C GT, the 12GT3, and the 12C GT Can-AM Edition. The road going successor to the 12C was the 650S which was also adapted to race mode in the form of the 650S Sprint and the 650S GT. Both race versions have competed in race series across the world. For an automotive company not even 10 years old it’s rather astounding that 12C GT and 650S GT are now heritage models so rapid is the pace of supercar development.

With the introduction of the 570S road-going sports series, McLaren decided to return to an era in which gentleman racers competed against one another. In 2017 McLaren introduced Pure McLaren which has 2 distinct customer experiences.

The first level is an introductory level for the McLaren owner who wants to develop his or her driving skills in the company of a McLaren professional driving coach and begin to explore the true potential of the supercars they have just purchased. Packages range from entry-level half days with McLaren supplying the cars which costs $1217 per person which gets you three 20minutes sessions with a McLaren Driver coach. For those possessed by the need for competition, they can opt for the $30,000 fully inclusive “arrive and drive package” with race-prepared track cars. 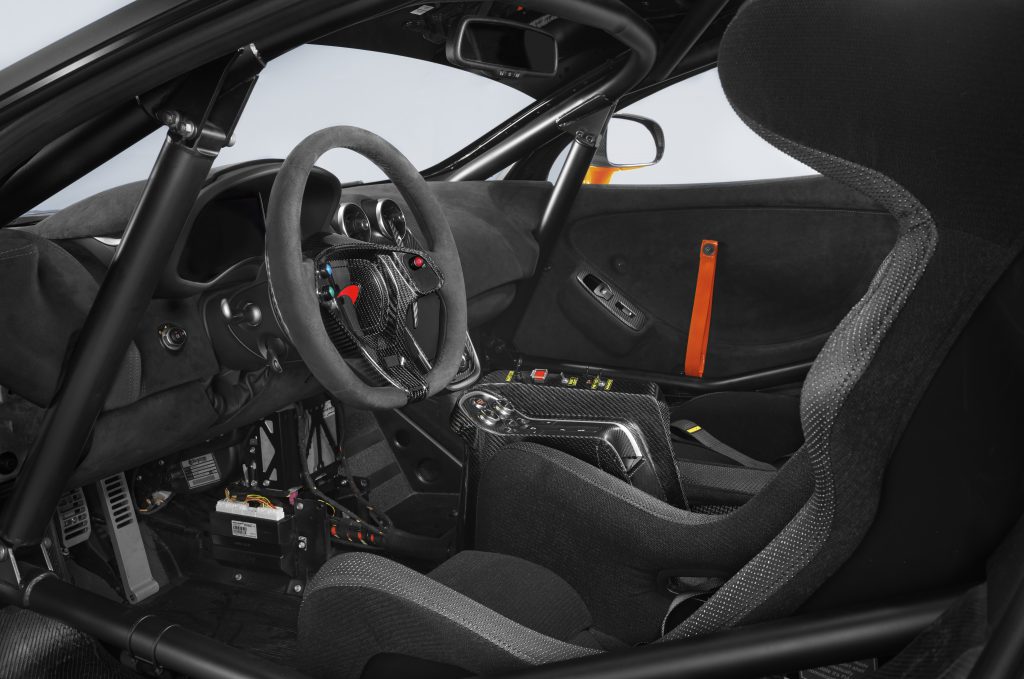 In the United States, these track-orientated driving sessions take place at the famed Indianapolis Speedway, thermal track in Palm Springs and at the Formula One track The Circuit of the Americas (COTA) in Austin Texas. Owners can opt to bring their own cars or choose a program in which McLaren provides cars for on-track instruction.

Some drivers remain content to learn how to enjoy their McLaren road car, while others want to continue through various levels of the Pure McLaren Program to attain the holy grail of licenses, the Federation International de L’ Automobile (FIA) license to enable them to compete in race series.

The second part of the Pure McLaren customer experience is for a McLaren GT race series for those McLaren accredited drivers to race the McLaren 570 GT4 race car. Racing in any form is expensive McLaren GT, racers can buy their own 570 GT4 or they may opt to use a race car maintained by McLaren engineers. The price tag of a McLaren 570 GT4 is $192,500 US. Presently the GT race series only takes place in Europe, however, McLaren is reviewing a GT race series for North America. The European races take place at some classic racing circuits such as Silverstone in England, Spa in Belgium, Hockenheim in Germany, the Hungaroring in Hungary, and Paul Ricard in France. The current McLaren GT racers are the 570S GT3 based on the 570S Sports Series and the McLaren 720S GT3 which is based on the latest super series McLaren 720S. The McLaren Pure GT Series 570s GT4 championship has a grid of 20 examples which are run and maintained by McLaren. 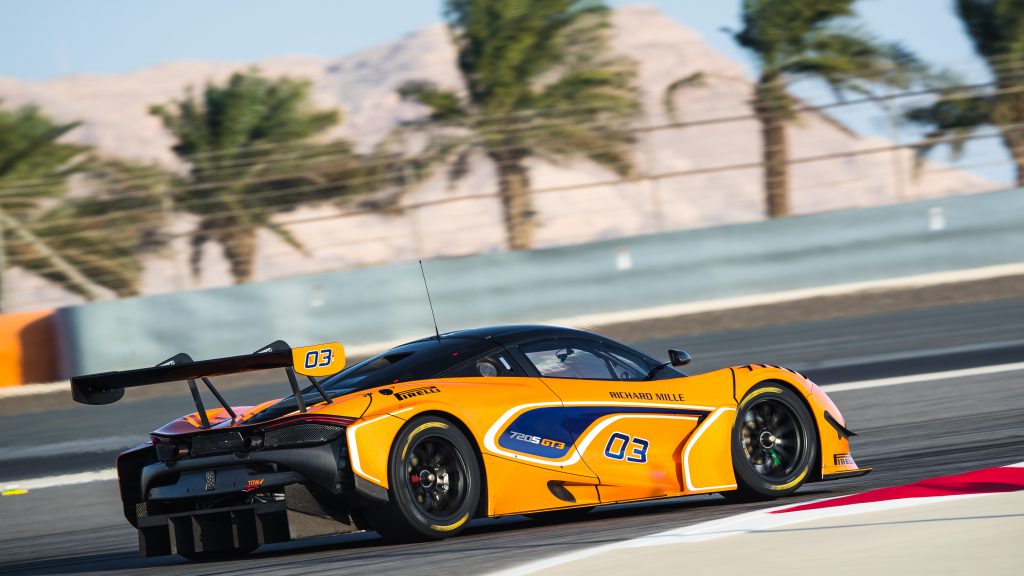 So how does McLaren transform a 570S road car into the GT4? McLaren starts with light carbon chassis that is coupled to a twin-turbocharged 3.8 litre V8 linked to a race-ready 7-speed transmission. Add an onboard air jack system and an FIA approved safety fuel cell. Racing seat and six-point race harness coupled with an ultra-strong roll cage. Lastly, the GT4 has a fire extinguisher system and an optional quick-release steering wheel and all for the bargain price of $256,852. The GT4 are homologated to the rules and regulations of GT4 and GT3 racing enabling the cars to be entered into a variety of championships around the world, such as the IMSA Weather Tech, Sprint Cup, Michelin PILOT Challenge, GT$ North America, and Blancpain GT World Endurance Championship.

The next goal for us here at Racing Edge is to get behind the wheel of a McLaren GT racer, either the 12C sprint, a 650S Sprint or the latest McLaren 570S GT3. We will also follow some Pure McLaren drivers as they go through the program and follow their progress on track. Stay tuned for the next adventures of Racing Edge as we physically explore the world of McLaren GT racing.

Jason Grunsell is a Supercar Adventure writer and photographer, a Tribal Leader on DriveTribe and F1 fanatic. His passion began watching his first Formula One race in 1979.