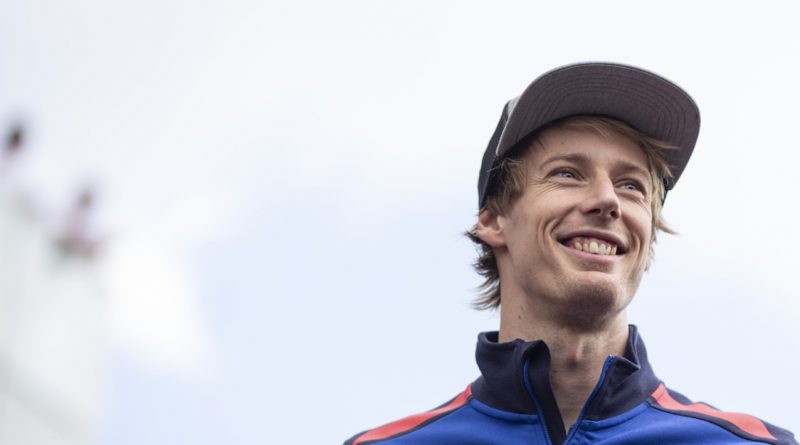 After ending its fifth campaign in the ABB FIA Formula E Championship in New York City in July, all-American team Geox Dragon racing has signed former Formula One driver and two-time World Endurance Car Champion Brendon Hartley as the first of its two drivers for the 2019/20 season.

In one of the most challenging seasons in the history of the all-electric race series, the Dragon outfit finished 10th in the teams’ standings with 44 points, with neither frontman Jose-Maria Lopez or rookie Maximilian Gunther making it onto the podium. Hartley is the only driver to be officially announced by the team for the 2019/20 season, with a second driver yet to be announced.

“I’m happy to be taking on a new challenge in Formula E together with Geox Dragon racing,” said the Kiwi driver. “Formula E is totally different from any other race series I’ve been in, but I am hoping my experience in many categories with energy management will pay dividends and give me a head start as a rookie.”

“I’ve always been a fan of street tracks and Formula E has some of the wildest I’ve seen. That together with some of the best drivers and manufacturers in the world makes it an exciting place to be.

“I’ve already started working with most of the Geox Dragon team, and I have a strong feeling that we can share some good success together in the coming season,” he added. Starting his racing career in 2002 in his home country of New Zealand, the Kiwi quickly got to grips with Formula First New Zealand. Racing for two years, Hartley then progressed to the open-wheel Toyota Racing Series in 2005 and Formula Three in 2007 – the same year he won his first championship in Eurocup Formula Renault 2.0 with the Epsilon Red Bull Team.

One year later, Hartley secured the role of Test Driver for the Scuderia Toro Rosso Formula One outfit aged 18. The Kiwi would take up the role of Test and Reserve Driver for both Toro Rosso and the Red Bull Racing F1 teams for the 2009 and 2010 seasons before finally making his racing debut with Scuderia Toro Rosso at the 2017 United States Grand Prix, replacing Pierre Gasly, who was absent to take part in the final round of the Japanese Super Formula Championship. Before this, Hartley had enjoyed two years as Test Driver with Mercedes AMG Petronas F1 Team.

Following Formula One, Hartley gained prominence as a sportscar driver after he won two WEC Championships, and scored twelve wins including a 24 Hours of Le Mans outright victory in 2017 with Porsche. Ahead of joining all-American outfit Geox Dragon, Hartley tested for Porsche’s Formula E outfit in March 2019.

“I am very pleased to have Brendon pilot one of our two entries in Season Six of the ABB FIA Formula E Championship,” said owner of Geox Dragon & Penske Autosport.

“Brendon is a real racer. He has a unique combination of experience, intellect, and racecraft that will allow him to maximize the potential of the new Penske EV-4 powertrain.

“Most importantly, he shares our hunger, and our determination to take the fight to the incredible field of major manufacturers this season,” added the team boss.

With no seat confirmed for Jose-Maria Lopez next season, the Argentinian racer and long-time Dragon driver confirmed he had an option with the team for the 2019/20 season ahead of the New York City final in July, although admitted this did not guarantee him a seat.

After Maximilian Gunther’s impressive debut season with Dragon, the 22-year-old driver completed ten races with the squad, accumulating a total of 20 points, which saw him finish 17th, four places above his teammate Lopez. Since the end of the season, the German driver has recently tested for BMW i Andretti Motorsport alongside Alexander Sims at the Calafat test track although the German works team is yet to confirm its driver line up for the 2019/20 season.