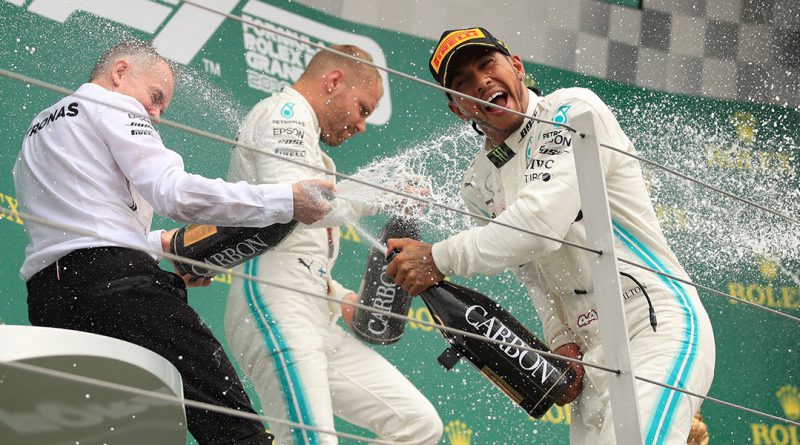 Lewis Hamilton extended his lead in the championship with a record sixth British GP victory, but conclusions don’t end here. The Mercedes star is now 39 points clear of team-mate Valtteri Bottas in the standings.

Here, PA looks at five conclusions we learned from Sunday’s race at the British GP.

One can be excused for feeling sympathy towards Bottas, but it never felt as though this was going to be the Finn’s day. The British Grand Prix is a blockbuster race and it deserves a Hollywood winner. Enter stage left, Lewis Hamilton. The five-time world champion enjoyed a stroke of fortune when the safety car was deployed, but who is to say he wouldn’t have won without it, such was the way he managed his tyres with a one-stop strategy. On Saturday, Hamilton was disappointed not to have secured pole, missing out by just 0.006 seconds. Moments later, his Britishness was questioned. Hamilton did not bite, instead pointing to the fact that no other British driver has celebrated more wins than him. Hamilton has 80 victories, 49 more than Nigel Mansell, the next Briton on the list. And following his sixth Silverstone win, Hamilton has won the sport’s oldest race more times than anyone before him. Surely, it is time to drop any lingering barbs and instead celebrate Hamilton for what he is: the most successful Formula One driver this country has ever produced.

Another day, another Vettel mistake

Sebastian Vettel and Red Bull’s Max Verstappen collide at Silverstone (David Davies/PA)What on earth is going on with Sebastian Vettel? The four-time world champion added to his long list of mistakes at Silverstone when he lost control of his Ferrari and crashed into the back of Max Verstappen. He finished 16th, a lap down, and is now a staggering 100 points behind Hamilton. Vettel has won just once in the last 12 months, was significantly slower than team-mate Charles Leclerc all weekend, and looks a driver desperately devoid of confidence. Can he turn it around? Sadly, it is looking increasingly unlikely.

Following cries of boredom after the French Grand Prix, Formula One has bounced back with two fine races, in Austria a fortnight ago and at Silverstone on Sunday. F1 has got itself in a tizzy over how the cars should be designed post 2020, but perhaps more emphasis should be placed on where the races are staged. The Silverstone circuit, built on the site of a World War Two Royal Air Force bomber station, so often provides great entertainment. It is fast, in Maggots, Becketts and Chapel, provides arguably the greatest combination of corners on the calendar, drivers can follow, overtaking is possible, and mistakes are punished, too. More tracks like Silverstone, and fewer like the car-park testing facility at Paul Ricard will go some way to spicing up the sport.

Speaking in the build-up to Sunday’s race, Hamilton feared his drive to a record sixth victory would be surpassed by events at Lord’s and Wimbledon. Why the British Grand Prix is scheduled on the same weekend as the men’s final at SW19, and the Cricket World Cup final beggars belief. Silverstone deserves a standalone slot in the British sporting summer.

British teenager Lando Norris has taken the plaudits at McLaren this season, and rightly so after an impressive start to his grand prix career. But Norris’s team-mate, Carlos Sainz also deserves a mention. The Spaniard finished sixth on Sunday, his sixth points finish in the last seven races. Sainz was dropped by the Red Bull family, but how they might want to call upon him, given Pierre Gasly’s rather underwhelming season.