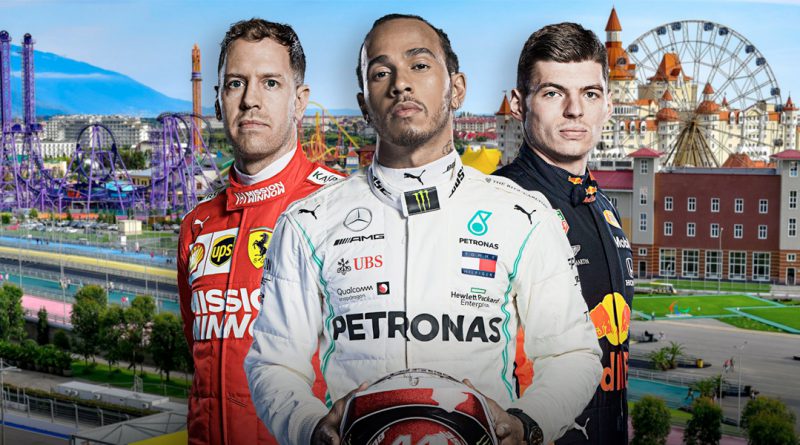 The Formula One circus this week heads to Sochi for the 2019 Russian Grand Prix.

Lewis Hamilton will be bidding to bounce back from a disappointing race in Singapore, where the championship leader finished only fourth.

Here, the PA news agency looks at the key talking points ahead of Sunday’s 16th round of the season.

1. Chance for Hamilton to stem the tide

Last weekend’s Singapore Grand Prix marked only the second time since the end of the 2013 season that Lewis Hamilton’s Mercedes team have gone three races without a victory – the first three rounds of 2018 being the other occasion. Ferrari have been the team to beat since the summer break, but the Sochi Autodrom is a venue which has favoured Mercedes. Indeed, since Bernie Ecclestone struck a deal with Russian president Vladimir Putin to stage a grand prix here, the Silver Arrows have won all five races, with Hamilton triumphing on three occasions. Barring a complete disaster, Hamilton – 96 points clear of both Charles Leclerc and Max Verstappen and 102 ahead of Sebastian Vettel – will win his sixth world title this year, but the Briton will want to do it in style by returning to the winners’ circle. On paper, at least, the 2019 Russian Grand Prix provides him with the ideal opportunity to do just that.

2. Can Ferrari continue their hot streak?

The turnaround at Ferrari has been hugely impressive. The Scuderia headed into the summer break following a largely underwhelming opening half to the campaign, having failed to register a single win. Yet they arrive in Sochi with three triumphs on the bounce, the first time they have managed to achieve such a feat in 11 years. Vettel is likely to be boosted by his first win in 13 months, while Leclerc, who lost out through strategy last Sunday, will be keen to make up for failing to convert his pole into another victory. Ferrari’s tails will be up this weekend and they could take some beating.

The Sochi Autodrom, which runs around the city’s Olympic Park – the home of the 2014 Winter Games – has become the destination for Formula One racing in Russia. But the race could be on the move, with the Daily Mail reporting that the sport’s bosses have staged discussions with Putin over taking the fixture to St Petersburg. The venue would fit F1 owner Liberty Media’s desire of staging races in destination cities. Sochi will remain on the calendar for at least another year, though, with next season’s grand prix already scheduled to take place on September 27.

British novice George Russell failed to finish a race for the first time in his formative career last weekend. The Williams driver ended up in the wall following a collision with Romain Grosjean. Stewards investigated the accident but took no further action. The incident, however, still appeared to be on Russell’s mind when he boarded a private jet to Sochi with a number of other drivers. Posting a picture to Instagram from inside the plane, Russell, 21, wrote: “To Sochi with friends… and Romain.” The ensuing winky-face emoji indicated the post was in jest, but that did not prevent Lando Norris from responding. “Damn, that’s cold,” the McLaren teenager wrote.

5. Schumacher at the double

Two Schumachers will feature on the undercard for this weekend’s Russian Grand Prix. Mick Schumacher, the son of Michael Schumacher, will compete in Formula Two, while his cousin, David, the son of former Williams and Jordan racer, Ralf Schumacher, lines up in Formula Three. David is filling in for Alex Peroni, who fractured his vertebra following an airborne shunt in Monza earlier this month.

Stay tuned for more updates on the 2019 Russian Grand Prix.