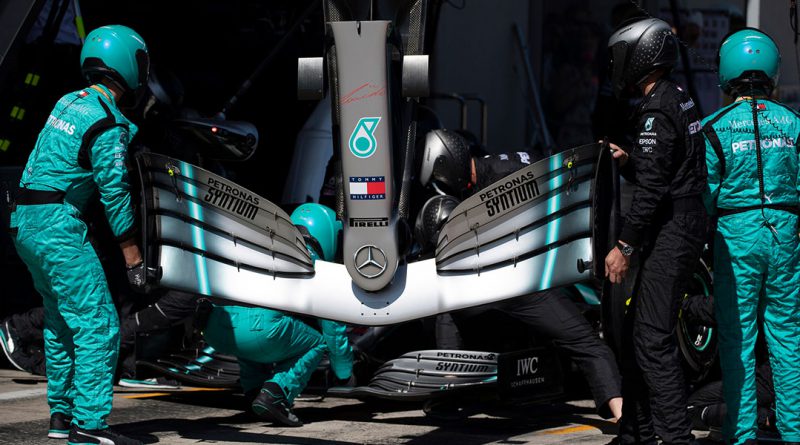 Max Verstappen produced a brilliant display to win the 2019 Austrian Grand Prix. The Dutchman fought back from seventh and survived a stewards’ investigation to clinch the sixth win of his career.

Here, PA looks at five things we learned from Sunday’s race at the Red Bull Ring.

Imagine the outcry if Formula One’s stewards chalked off Verstappen’s fine drive to victory? While one has to sympathise with Charles Leclerc – the Ferrari youngster cruelly denied his first grand prix win for the second time this season – the sport’s image would have been tarnished if Sunday’s result was overturned. This was just the race that F1 needed after the turgid affair in France a week ago, and Verstappen was at the centre of it all. Yes, the Dutchman’s move with two laps to go was aggressive, but Leclerc could have backed out when he saw the Red Bull (just) get to the corner first. The victory was a perfect reward for Verstappen who has continued to over-deliver for Red Bull over the last 12 months.

The stewards deliberated over Verstappen’s race-winning move for some time, his superb victory confirmed three hours and 20 minutes after he crossed the line. Naturally, there were those within F1’s naval-gazing bubble who said the verdict took too long, arguing that other sports would have enjoyed a quicker resolution. But F1 is not like other sports – technology is at the thick of it, and telemetry, data and video evidence has to be reviewed. Such a decision should not be rushed. Instead, why not look at the flip side, and revel in the late-evening drama following the best race of the season?

Mercedes’ cooling problems in the stifling 35 degree heat wiped out the advantage they have enjoyed this year. Valtteri Bottas crossed the line in third, while Hamilton recorded his worst finish in more than a year, a troubling weekend confirmed when Sebastian Vettel made his way past the championship leader on the penultimate lap. Hamilton also lost time when he had to stop for a replacement front wing after running over the kerbs. The Briton will now head to his home race at Silverstone a week on Sunday, and while the fast track is likely to suit Ferrari’s straight-line speed, Mercedes should be in a position to challenge for victory. In Austria, they were never in the running.

Who can blame staff at Honda for shedding a tear after Verstappen gave the Japanese engine manufacturer its first win since their return to the sport in 2014, and first since Jenson Button won the Hungarian Grand Prix 13 years ago. Honda were very publicly put through the ringer by McLaren – the British team accusing the engine suppliers of not being up to the job. But Honda have kept their head down, improved their reliability and speed, before winning with Red Bull in just their ninth appearance together.

Robert Kubica finished last, three laps down on Verstappen, but somewhat farcically was voted for as the Driver of the Day. The Pole’s comeback following an eight-year absence after his horror rally crash has been poor. Kubica is blaming the car for his shortcomings but he cannot hide behind the staggering fact that British rookie George Russell has beaten him in every qualifying session and race this year. Esteban Ocon, the former Force India man, is effectively Williams’ reserve driver this season (despite playing the same role at Mercedes) and there has to be a strong chance the Frenchman could replace Kubica before the season is out.