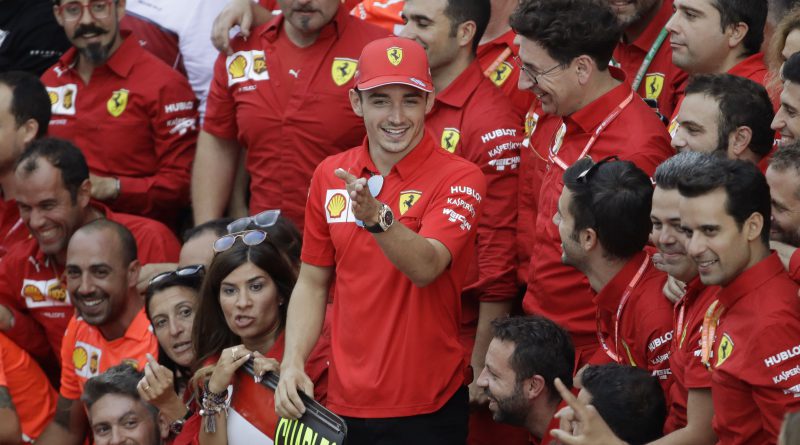 Charles Leclerc registered his second win in as many grands prix after resisting a Mercedes’ onslaught to take victory in the 2019 Italian Grand Prix.

The Monegasque driver became the first man to win at Monza for Ferrari since Fernando Alonso in 2010.

Here, the PA news agency looks back at five things we learned from Sunday’s race.

Leclerc triumph shows why he is Ferrari’s number one

In the moments before Sunday’s grand prix, there were few cooler sights than Charles Leclerc sitting on the grass verge as photographers clambered for a picture of Formula One’s newest star. Ahead of the biggest race of his formative career, Leclerc might have been a bag of nerves, but he didn’t show it. He then delivered a superb drive to win over a nation by taking Ferrari’s first victory on Italian soil in nearly a decade. The 21-year-old is proving just why Ferrari put their faith in him as the future star of the sport’s grandest team.

What next for Vettel?

As for Sebastian Vettel, the future looks bleak. To steal a boxing analogy, Lewis Hamilton had Vettel on the ropes after beating him to two successive titles. Leclerc might now be delivering the knockout blows to Vettel’s career. It is difficult to see how the four-time world champion will recover from this latest setback. Leclerc must now be Ferrari’s number one, and while there is a theory in the paddock that a return to Red Bull could be on the cards for Vettel, why would they want to pay a superstar wage for a driver whose best days now look to be behind him? The other R, retirement, might be a more likely destination for Vettel should he turn his back on a Ferrari contract which expires at the end of next year.

Valtteri Bottas might have finished ahead of team-mate Hamilton in a race for the first time since June’s Austrian Grand Prix but only a crisis of Vettel proportions will stop the British star claiming a sixth world title. Hamilton will head to next weekend’s Singapore Grand Prix 63 points ahead of Bottas, 99 ahead of Red Bull’s Max Verstappen, and 102 clear of Leclerc with 182 points left to play for.

Daniel Ricciardo’s move to Renault has been an underwhelming one, but the Australian will take delight from crossing the line in fourth on Sunday, his best finish for the French team. Ricciardo has another year to run on his Renault deal, but there was a report in Monza that Ferrari have contacted the former Red Bull driver about his availability should Vettel jump ship. Despite Renault’s improved showing, Ricciardo wouldn’t hesitate in joining Ferrari should such an opportunity transpire.

Lando Norris took aim at his race engineer, Will Joseph, during the 2019 Italian Grand Prix. After Joseph had provided the British rookie with a lengthy radio instruction, Norris, 19, replied: “Stop f****** talking when I’m trying to race.” Norris secured the sixth points’ finish of his career after taking the chequered flag in 10th.