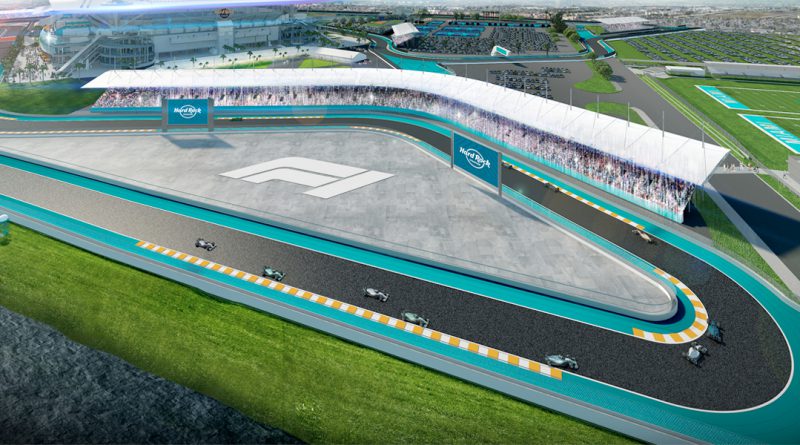 F1 has taken a significant step towards making the first-ever Grand Prix in the city of Miami a reality, after reaching an agreement in principle to host a race at the iconic Flordia city’s Hard Rock Stadium from 2021.

The proposed Formula One Miami Grand Prix would see F1 cars navigating a custom-built track around the stadium – home of the Miami Dolphins NFL team – giving F1 its second race in the United States, alongside the US Grand Prix at Austin’s Circuit of The Americas.

“We are deeply grateful to our fans, elected officials and the local tourism industry for their patience and support throughout this process. We look forward to bringing the greatest racing spectacle on the planet for the first time to one of the world’s most iconic and glamorous regions.”

Should the race be given the green light in a vote by the Miami-Dade County on October 28, it would see Formula 1 return to the state of Florida for the first time since the 1959 United Stated Grand Prix at Sebring.