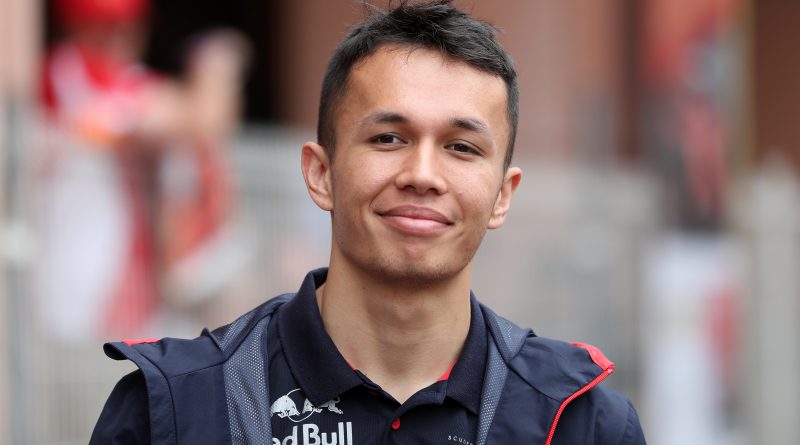 As Lewis Hamilton closes in on his sixth world championship, and yet more riches, Alex Albon hopes to earn the new Red Bull deal which will allow him to move out of his parents’ house.

While Hamilton can deliver another title at this weekend’s Mexican Grand Prix, London-born Albon, 23, has set his sights on leaving the Milton Keynes home he shares with his mother, step-father, three sisters and brother.

“Hopefully in years to come I will earn more money and be able to move out,” Albon told the PA news agency. “At the minute I am housebound, family housebound.

“Milton Keynes is a nice town and close to the Red Bull factory, but how do I say this? There are other places out there. Maybe I need to live somewhere else and have a more extravagant lifestyle?

“I would definitely like to go to London. I have been thinking about it, but, again, it is about money. I need to score some bonus points.”

Albon has steadily impressed following his promotion from Toro Rosso to Red Bull, just 12 races into his rookie campaign. But now his sights are on finances and the Red Bull deal is a first priority for Alex Albon.

He matched team-mate Max Verstappen’s qualifying lap in Suzuka before finishing a career-best fourth. His boss Christian Horner now says it is Albon’s seat to lose for 2020.

Albon was born in London, educated in Ipswich, and has lived in England for most of his life, but he adopted his mother, Kankamol’s Thai nationality. His father, Nigel Albon, is a former British Touring Car driver.

“I have both British and Thai passports but I chose to drive under the Thai flag,” Albon added. “I do feel Thai, but it doesn’t mean I don’t feel British either.

“In the end it is a racing licence. You have to choose one and I chose Thai. There are no regrets, and I don’t think I will change that.”

Hamilton will seal his fifth championship in six seasons on Sunday if he outscores Mercedes team-mate Valtteri Bottas by 14 points.

But when the 34-year-old hangs up his helmet, Albon, alongside McLaren’s Lando Norris, 19, and Williams driver George Russell, 21, are primed to ensure the future of British motor racing remains in safe hands.

Russell beat both Norris and Albon to last year’s Formula Two championship, but the Mercedes junior has spent his formative Formula One campaign trailing at the back of the field in an uncompetitive Williams.

Albon has scored 64 points while Norris has registered 35. Russell is the only driver on the grid yet to get off the mark this year.

“I do tease George, I am not going to lie,” added Albon. “We banter about it all the time.

“George and I have always been fighting at the front, so it must be extremely tough for him. He can do an amazing lap, but he knows that 19th is all he can achieve. I don’t know that feeling.

“But he is doing a top job and when he has a chance to show what he can do, he will. I know he is a good driver so I am not worried for him.”