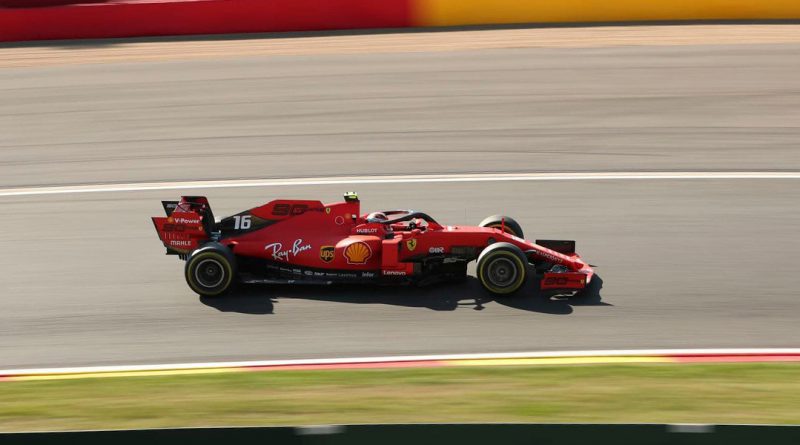 Four-time World Champion Sebastian Vettel had eclipsed his young team-mate during FP1 earlier on Friday but Leclerc turned the tables in the afternoon session.

Leclerc clocked a best time of 1:44.123 on the Soft tyres to finish 0.630s clear of Vettel around the seven-kilometre Spa Francorchamps circuit.

Mercedes re-emerged as Ferrari’s main opponent but Valtteri Bottas and Lewis Hamilton finished eight-tenths down on Leclerc in third and fourth respectively.

Racing Point, which has previously performed strongly at the venue under its previous team names, was fifth courtesy of Sergio Perez.

Perez, though, ended his session parked in the run-off exiting the Rivage hairpin after his car suffered a suspected engine issue.

His RP19 was fitted with Mercedes’ updated engine, along with all other Mercedes-powered cars, ahead of Friday’s opening session.

Lance Stroll reinforced the pace of the recently-updated RP19 by classifying in eighth position.

They were split by Max Verstappen and Kimi Raikkonen, with the Red Bull driver stymied by a series of engine glitches that meant he was unable to carry out a representative low-fuel run.

Verstappen’s new Red Bull team-mate Alexander Albon finished at the foot of the top 10, behind Renault’s Daniel Ricciardo, as he continued to adapt to the RB15.

McLaren, fourth in the Constructors’ Championship, had neither of its driver in the top 10, with Carlos Sainz Jr. 11th and Lando Norris 15th.

Pierre Gasly placed 17th as he kept getting up to speed in the Toro Rosso STR14, placing two-tenths and two positions down on team-mate Daniil Kvyat.