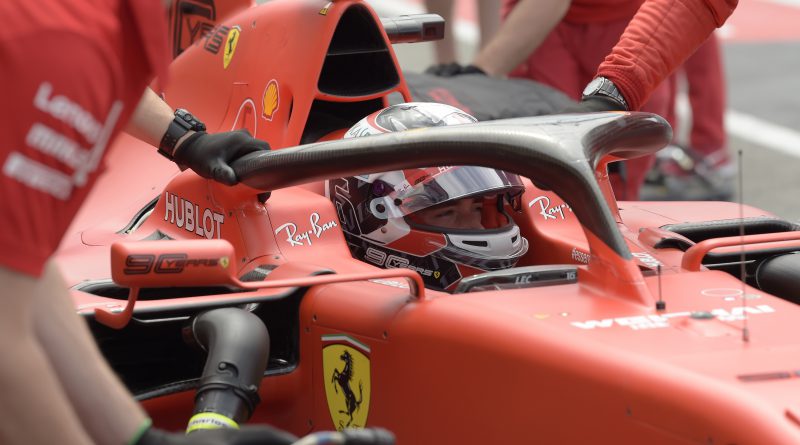 Charles Leclerc turned up the heat on Ferrari team-mate Sebastian Vettel by posting the fastest time in final practice for the German Grand Prix at Hockenheim.

Vettel was third, with Lewis Hamilton only sixth for Mercedes.

The world champion’s speediest lap, which had put him fourth in the order and four tenths adrift of Leclerc, was deleted by the stewards for exceeding track limits.

Valtteri Bottas finished fourth, half-a-second down on Leclerc, with Kevin Magnussen an impressive fifth in his Haas.

Following a thunderstorm, the extreme heat of the past few days has given way to fresher conditions.

Yet, despite the drop in temperature at Hockenheim, it is Ferrari who will head into qualifying later on Saturday appearing to hold an edge over Mercedes.

Verstappen’s time here also suggests the Dutchman will be in contention for the pole position shootout.

His Red Bull team-mate Pierre Gasly, who crashed out of practice on Friday, could manage only eighth, the best part of a second off the pace.

British novices Lando Norris and George Russell finished 14th and 20th respectively – the latter restricted to only 11 laps after sustaining floor damage on his Williams.

Stay tuned for more information on the German GP.