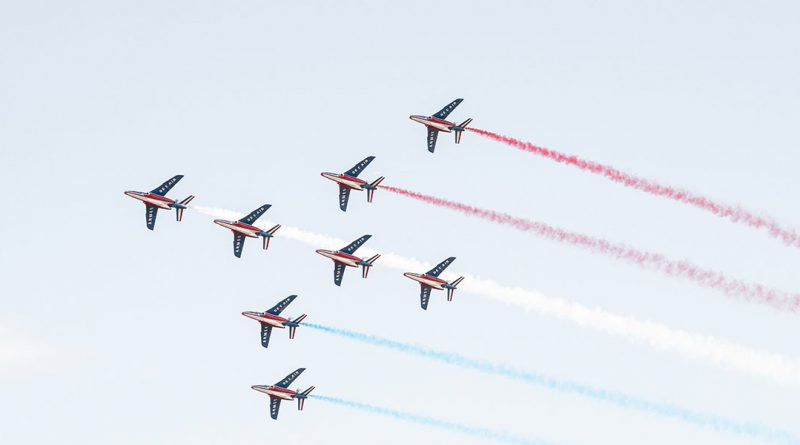 Formula 1 returns to action this weekend (August 30 – September 1) at the historic Spa-Francorchamps Circuit in Belgium, kick-starting a run of nine races in three months that incorporates trips to four continents. We take a look at some of the major trends to watch out for

Can anyone halt Hamilton’s quest for title number six?

Reigning World Champion Lewis Hamilton continues to operate on such an exceptionally high level that his continued brilliance has almost been accepted as the norm. He enters the second half of the season with a 62-point advantage, effectively giving him a two-and-a-half race head-start in terms of points, and there’s only nine rounds to go. Hamilton also traditionally kicks up another gear after the summer break and has a phenomenal record at venues such as Monza, Suzuka and the Circuit of the Americas, as he seeks to add to the championships he won in 2008, 2014, 2015, 2017 and 2018. Michael Schumacher’s seemingly insurmountable benchmark of seven titles is looming closer for Hamilton, who is now just 10 race wins behind the German’s astonishing record of 91. Who can stop him? Only Valtteri Bottas (-62 points) and Red Bull’s Max Verstappen (-69 points) stand a remote chance. Working for Bottas is the fact he has the same tools as his Mercedes team-mate and has been much improved after his joy-less 2018 campaign. Working against Bottas is the fact that he is already 62 points down in spite of his own gains, and capitulated in the two events prior to the summer, leaving him under pressure. Verstappen, regarded as Hamilton’s eventual successor, has had a brilliant campaign and thrust himself into outsider status courtesy of Red Bull and engine supplier Honda’s substantial in-season progress. It is nonetheless a tall order to mount a title challenge from this far back, and against this opponent.

Can Ferrari salvage something from a difficult season?

Ferrari entered 2019 keen to carry through the momentum of 2017/18 gains, eager to display its power unit progress alongside a strong chassis, and with a sprinkling of new energy courtesy of the recruitment of long-term junior and impressive rookie Charles Leclerc. But it has lacked pace, lacked nous, and when an opportunity has presented itself the team has contrived to throw it away. New Team Principal Mattia Binotto, promoted to the helm after his impressive work in restructuring the technical department, conceded that the SF90’s lower-drag philosophy had left the team lacking ultimate downforce. It, therefore, needs more, without compromising overall efficiency, while retaining its pure power advantage. That is a difficult balance to strike.

When Ferrari has displayed strong pace or been in race-winning chances, largely at power-sensitive venues, it has faltered. A broken cylinder robbed Leclerc from a dominant position in Bahrain, a mistake and contentious penalty hobbled Sebastian Vettel in Canada, while a resurgent Verstappen prised the lead from Leclerc with three laps left in Austria, raising legitimate questions about Ferrari’s strategy. The next two events place an emphasis on pure power and it is widely expected that the SF90 will be the package to beat on Ferrari’s home turf at Monza. It simply has to win there to avoid 2019 being condemned as a total failure.

How will Red Bull’s shock driver swap pan out?

Pierre Gasly was thrust into Red Bull Racing in the aftermath of Daniel Ricciardo’s move to Renault, and no-one expected him to immediately match the inestimable Verstappen. But while Verstappen has taken the fight to Mercedes this year Gasly has not only been the slowest of the front-runners but has regularly been unable to beat the midfield group. His 63 points paled in comparison to Verstappen’s 181, and he failed to even complete one racing lap within the top three places. Murmurs lingered over an incompatible relationship with his race engineer and he struggled to adapt his driving style to the RB15, a predicament that became more notable as Red Bull made gains. He had been assured his seat was safe through the end of the year but senior management acted and instrumented a swap, with Gasly demoted to Toro Rosso. In his place comes Alexander Albon, whose career appeared to be flat-lining in early 2018. The cash-strapped Anglo-Thai was afforded a chance by DAMS in Formula 2 and impressed sufficiently to be handed a Toro Rosso Formula 1 opportunity. His rise has been almost unprecedented and now just 12 races into his top-level career he has a race-winning car at his disposal. Red Bull has undertaken the swap to evaluate its potential 2020 line-up. Can Albon perform at the highest level so early in his career? Can Gasly bounce back from a humiliating spell and demotion? And what about the third wheel in the equation: Daniil Kvyat. The Russian was handed a third Toro Rosso chance this year, took a shock podium in Germany, and now has a new face across the other side of the garage. This plot will be an intriguing one to watch.

Can McLaren continue its rise?

There were more than a few questions being directed at McLaren this time last year. It was in the midst of a dire slump, straddled with a recalcitrant package, which had exposed underlying weaknesses in its technical set-up that had been previously masked by its abortive Honda partnership. Its double World Champion Fernando Alonso had seen enough and called time on his career and its protégé Stoffel Vandoorne had failed to deliver. McLaren recruited Carlos Sainz Jr., who had shown flashes of speed, but had been overlooked by Red Bull and Renault. In Vandoorne’s place came 19-year-old Lando Norris, regarded as an outstanding long-term prospect, but whose Formula 2 career had been distinctly average. Was 2019 too soon? Many felt so. And yet McLaren now occupies a clear fourth in the championship, Sainz Jr. has been a revelation – regarded by many as the third-best performer this year (behind Hamilton/Verstappen) – while Norris resembles a multi-year veteran rather than someone 12 races into their top-level career. The MCL34 has given the drivers confidence and the package has been developed strongly, ironing out early weaknesses, while operationally the team has been extremely canny. It has not always had the fourth-fastest car but it has delivered better than its midfield opponents, a feat not unnoticed by new boss Andreas Seidl, whose appointment has given McLaren the figurehead it has lacked for years. McLaren still faces a chasm to the top three teams, and these next steps are the hardest, but if it can continue on its current trajectory then it will soon be contending for podiums once more.

Will Williams re-join the midfield?

Williams endured a horror year in 2018 as a new car philosophy backfired and it accepted that 2019 would be the start of a long-term recovery. But that rejuvenation has been a case of taking several steps backwards before moving forward. Williams’ FW42 was not ready for the start of pre-season testing and once it hit the track it proved to be woefully off the pace, lacking in predictability, while components had an alarmingly brief shelf life. It left reigning F2 champion George Russell and star returnee Robert Kubica mired at the back of the pack, often over a second per lap behind the nearest midfield rival, and using the early events as an extended test session. Prior to the summer recess, a few developments provided cause for optimism. In a chaotic rain-hit German Grand Prix Kubica picked up an unexpected point (which remains provisional due to Alfa Romeo’s impending appeal against a clutch torque penalty), which marked Williams’ first top 10 finish since last September. Russell, who has been the faster Williams driver nine times out of 10, then performed strongly in Hungary, out-qualifying and out-racing a couple of rivals on merit for the first time all year. Russell felt the update package brought to the previous round in Germany was better exploited, assisted by Williams placing a greater emphasis on the capricious Pirelli tires, while the track layout masked some of the FW42’s weaknesses. Only the upcoming rounds will determine whether Hungary was the catalyst for change or the outlier in a wretched year.

We’ll sure be expecting a lot of answers when Formula 1 returns this weekend.