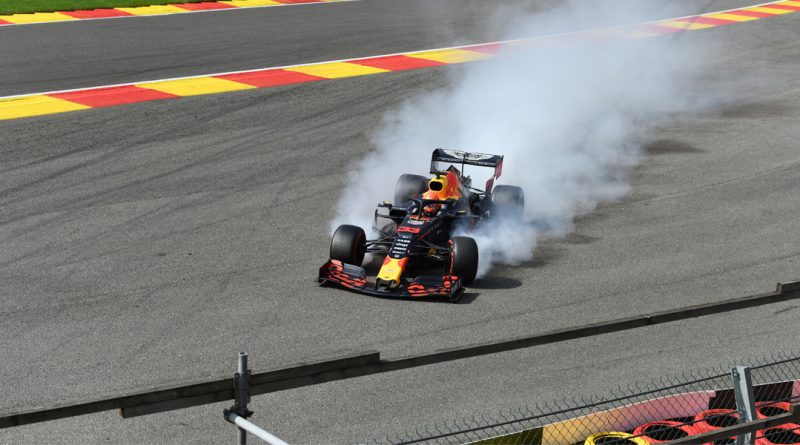 With the Formula One summer break coming to an end there was no shortage of drama happening across the field. Teams saw driver demotions, swaps, and even some history making career turnarounds.

First, we cannot start this article without talking about Red Bull dropping Pierre Gasly, while not a shocker generally, this just goes to show the cut-throat approach that Red Bull has. However, the mercenary approach of Red Bull did come as a surprise to Gasly who had been promised continuity at the end of Hungarian F1 race prior to summer break. At that time the team boss, Christian Horner, clearly indicated to Gasly that he would have his seat for the duration of 2019; despite less than minimal progression and momentum during the first 6 months of the season.

Yet a week later Gasly was being demoted and sent back to Toro Rosso. A brutal and stark reminder that expectations absolutely have to be met and the F1 world, when all is said and done, is a business with goals, expectations and responsibilities demanded from each and every team member. Lack of performance almost always quickly leads to replacement, in Gasly’s case essentially “swapping places” with Alex Albon, who moves up from Toro Rosso, anxious to have his shot in the Red Bull seat. Albon was notably impressive at Toro Rosso, coming up to speed quickly there with minimal preparation. His smooth driving style should serve him well with Red Bull and a strong performance during the balance of 2019 could easily secure his drive for next season. An opportunity (and challenge) of a lifetime, which he will no doubt make the most of.

Albon is the first Thai driver to hit the F1 circuit in 65 years. In contrast to Gasly, his career has taken an unbelievable positive turnaround in the past 12 months. Until recently his professional driving history has been lack lustre; including being dropped from the Red Bull Junior program is 2012. Now he has taken the F1 grid at the Belgium circuit as the least experienced driver AND the first Thai driver since 1954. Another dramatic turn of F1, events with more history yet to be made. Albon’s first appearance did not disappoint, making his mark at Friday morning’s session as the fourth fastest and only 0.077 of a second off of his renowned teammate’s pace…. Not bad at all for his first round in the RB10; facing his nerves and challenges head on.

And the Formula One summer break drama continues…. we cannot look at all the changes and challenges without commenting upon the recent Renault signing of Esteban Ocon for a two year contract starting 2020. This signing ensures the French driver’s direct return to the F1 grid next season and further ensures that he cannot be “called back” by Mercedes until 2022. It is an interesting “arrangement” as Ocon will continue to be “managed” by Mercedes (the racing team also happens to be his management team); yet directly managed and supervised by Renault as a fully fledged driver.

The French team welcomes Ocon’s Mercedes experience, along with his age and youth, as all will contribute to enhancing the dynamics of the team overall. Ocon, who has spent the 2019 season as Mercedes third/reserve driver – time off the track that has served to intensify his commitment and zeal for the sport, which should easily be reflected when he is with Renault next season. An ideal opportunity for an exceptionally talented driver whose skills and determination alone have been the defining attributes to his F1 successes to date. Ocon is excited by his return to Renault as a Senior Driver; his previous time with the team was as a reserve driver in 2016. Indeed, he is openly committed to the team who he believes “opened the door of top level motorsports” for him. The 2020 season will be something of a “homecoming” with both Renault and Ocon hoping to see “dividends” from such momentum.

Ultimately, the drama and evolution of the F1 changes of the past couple of weeks will definitely add to the dynamics of the remaining 2019 season with impact to be felt in 2020 and beyond!

Nathan Kelly is a Canadian writer originally from Amherst, Nova Scotia. At age nine he first stepped into a go-kart and became hooked on motorsport ever since. Eventually progressing to become a factory karting driver at age 16, he made the transition to cars at age 20. He has driven everything from Mazda Miata’s to Lamborghini Huracan GT3’s. Currently, Nathan owns his own advertisement agency in Toronto, Ontario and works as a performance driving instructor for Porsche Canada. To keep up with Nathan, check out his instagram @nathankelly77