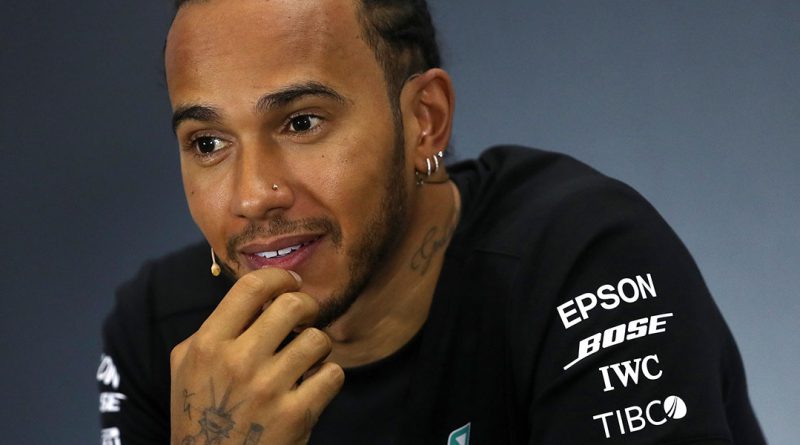 Lewis Hamilton has defended his Britishness on the eve of the world champion’s home race. Hamilton will start the British Grand Prix behind Valtteri Bottas after his Mercedes team-mate beat him to pole position by just six thousandths of a second over 3.7 miles of the Silverstone circuit on Saturday.

Hamilton made an uncharacteristic mistake in his first shot at pole, temporarily losing control of his car through the left-handed Brooklands.

He tried to make amends in his final attempt, but fell agonisingly short. Ferrari’s Charles Leclerc lines up third and his team-mate Sebastian Vettel will start sixth.

But Hamilton’s relationship with the wider British public is not as partisan as it might be for a five-time world champion on course to become the most successful Formula One driver ever.

“You have talked about how you love coming back to the UK but there is contention because people say you live in Monaco and your accent is not British,” said a reporter to Hamilton following qualifying. “Why do you think people question your Britishness?”

“It is crazy because I remember growing up and watching Jenson Button and all the youngsters coming through and they all migrated to Monaco,” said Hamilton. “Nobody ever said anything.

“Of course, when I did, they had something to say.

“But no matter how often you go abroad or elsewhere in the world, you come back to the UK, see the countryside, this great history of Formula One, and I see my family. This is where my heart is. I am fully British.

“I guess over time I will do more positive things for the country. I go to these races and I lift the British flag proudly. There is no one else in this sport that has raised it so high.

“I do have five world titles and they didn’t come on their own. I do what I want and I don’t do what you think I should do. Only I know what is right for me and that is what led me to five world championships. Don’t forget the number of wins I have, too.”

With Hamilton on the offensive in the press conference room, his father Anthony was defending his son in Silverstone’s cold and blustery paddock.

Anthony, dumped by Lewis as his manager in 2010, recently revealed that the pair did not speak for two years. But nearly a decade on, their relationship has been patched up.

Hamilton arrived for the 10th round here following Christian Horner’s controversial claim that Verstappen is the best driver in the world. Put Hamilton and Verstappen in identical machinery, and the latter would prevail, the Red Bull boss said.

“As a team principal, I would have thought your first job is to get to your team at the front,” Anthony told Sky Sports.

“I am sure Christian was in Canada last month, and I don’t think there was a better driver on the day than Lewis.

“We hounded young Sebastian into an error and caused a whole amount of turmoil. That was one hell of a drive.

“Max is an amazing driver and one for the future, but one mouthful doesn’t make a meal does it? You would be a dangerous person betting against Lewis Hamilton wouldn’t you?”

Indeed, despite his grid slot, Hamilton will start as the favourite to surpass Jim Clark and Alain Prost by winning the British race for a sixth time, and, in doing so, claim his 80th career victory.

Hamilton added: “I wasn’t good enough today, but it is a long race tomorrow. Hopefully I can do something special.”