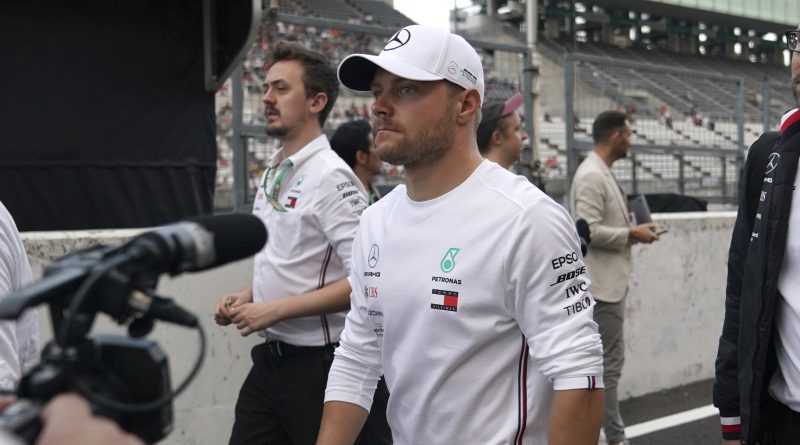 Lewis Hamilton trailed Valtteri Bottas in what could prove a pivotal final practice session for the Japanese GP.

With Super Typhoon Hagibis looming, circuit officials at Suzuka took the decision to postpone qualifying until the morning of Sunday’s race when conditions are forecast to have improved.

But if the track remains too dangerous for the cars to run, the final running here on Friday will determine the grid.

Bottas, who trails Hamilton in the championship by 73 points with only 130 available, finished 0.100 seconds clear of Mercedes team-mate Hamilton with Red Bull’s Max Verstappen third.

Ferrari’s Charles Leclerc and Sebastian Vettel put on fresh tyres in the closing stages of practice. And although the pair improved their times, they finished only fourth and fifth respectively.

Ferrari have been the team to beat since the summer break, but Mercedes dominated the Japanese GP practice here at a venue in which they are unbeaten at since 2014.

The Mercedes cars are armed with upgrades, and look well placed to extend their Japanese winning record into a sixth successive year.

Surprisingly, perhaps, it was Bottas’ name, and not Hamilton’s, at the top of the time charts in both sessions.

Bottas spun at the final corner, but was able to recover to edge out his Mercedes team-mate.

Hamilton heads into Sunday’s race needing to outscore Bottas by a mere five points over the next two races – here at Suzuka and in Mexico in a fortnight’s time – to secure his sixth world championship.

His Mercedes team, meanwhile, can wrap up their sixth consecutive constructors’ title as early as Sunday if they score 15 more points than Ferrari here. It is a scenario which looks possible after Leclerc and Vettel finished behind both Mercedes drivers, and Verstappen, too.

Verstappen, cheered on by large chunks of the crowd in Suzuka, given that Red Bull are powered by Japanese manufacturer Honda, finished three tenths adrift of Bottas.

British rookie George Russell propped up the order for Williams.