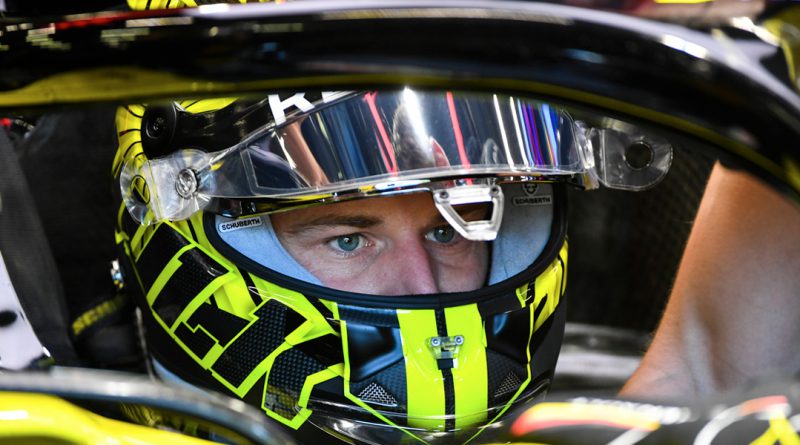 Nico Hulkenberg says he is “not desperate” for a future in F1, and that any deal must be right, as his options to stay on the grid dwindle.

Hulkenberg has raced for Williams, Force India, Sauber and Renault during a career that has been largely spent in Formula 1’s midfield, amassing the record for the most race starts without a podium finish.

Last month Renault confirmed that it would not retain Hulkenberg for 2020, after signing Esteban Ocon, while on Thursday a potential open door at Haas was closed as it announced it would be keeping hold of Romain Grosjean.

It leaves Hulkenberg with potential options at Alfa Romeo or backmarker team Williams – where he began his Formula 1 career in 2010 – if he wishes to remain on the grid.

“I think you see and understand for yourself what is still available, which seats and which not,” Hulkenberg told assembled media in Singapore on Thursday.

“I think that’s pretty obvious. Right now, I don’t know. I think it’s to an extent out of my control now, out of my hands. So the most important is to drive and to perform. I think we just need time. I think there are possibilities and a realistic chance, but in this game, you can never be too sure.

“I’m not desperate to stay in Formula 1 and just take anything. I’m not disregarding or disrespecting Williams, I mean in general, globally, even with Haas now. That for me, that is the most important thing for me.”

Haas team boss Guenther Steiner indicated earlier on Thursday that Grosjean had been preferred over Hulkenberg for his prior experience at the team, but the German suggested that talks reached a more advanced stage than the US-registered squad have admitted.

“I didn’t pursue that deal, we go ahead, we didn’t agree it, we didn’t get together with Haas. That’s the consequence out of that”

“Haas was definitely an option, and we were talking. That’s definitely not a secret. We just didn’t get together, on this occasion we couldn’t agree on a deal.”

Reflecting on his career decisions, Hulkenberg accepted that “leaving Force India at the end of 2012, was maybe not the best move. But that is the difficult thing in F1. You always make a decision in the current year not knowing what is going to happen in the future or next year where the team will be.

“But 2012 Sauber had a bloody rocket, and that car was very fast. The beginning of 2013 was a big struggle, towards the end we did recover, but it was nothing that we expected or why I changed teams. On the contrary side, Force India was very competitive early on in 13, so that didn’t go or plan but that is life.”

We’ll soon have the update on Hulkenberg‘s future in F1 – stay tuned!