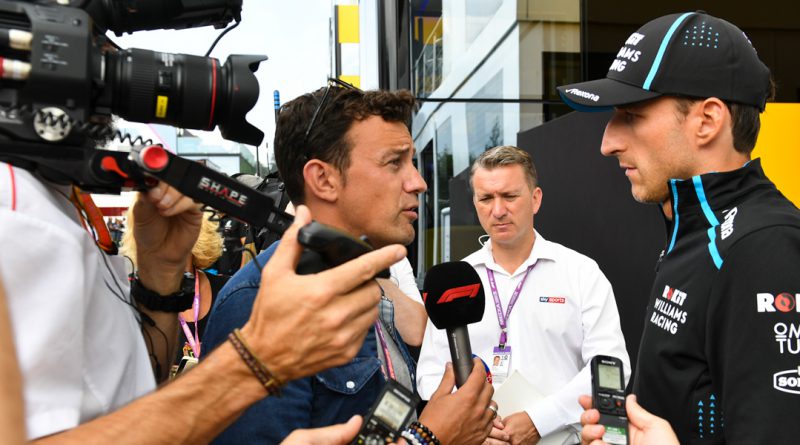 Williams driver Robert Kubica has outlined that he has a “clear view” on his potential racing plans in 2020, amid all the F1 driver changes being finalized.

Formula 1 teams have been locking down their 2020 driver pairings in recent weeks, with Mercedes, Renault and Racing Point all finalizing their plans.

Haas has whittled down its shortlist to incumbent Romain Grosjean and Renault outcast Nico Hulkenberg, while Red Bull and Toro Rosso is expected to keep its drivers in-house.

Antonio Giovinazzi is poised to remain in the Ferrari-affiliated seat at Alfa Romeo, while McLaren confirmed several weeks ago that it will field an unchanged driver pairing.

Kubica’s sole F1 option appears to be to remain with Williams but he is understood to face competition from the team’s tester and Formula 2 front-runner Nicholas Latifi.

“I think I have let’s say a clear view on what is possible, what is not possible, and what I would like to do,” said Kubica when asked by this writer on his situation.

“Sooner or later there will be some decisions and probably once the decision will be in place there will be a follow-up on what I might do next year or what I will not be doing next year.”

Kubica has largely trailed rookie team-mate George Russell this year, and has yet to out-qualify the Briton.

But Kubica scored the team’s only 2019 point at the rain-lashed German Grand Prix, which gave him some confidence among the 2020 driver changes. When pressed on whether he felt he had proven he deserved to stay, Kubica replied: “I don’t know.

“First of all as I say we have to see if what will be my decision and what I will be doing next year for myself and we will see what is possible.”