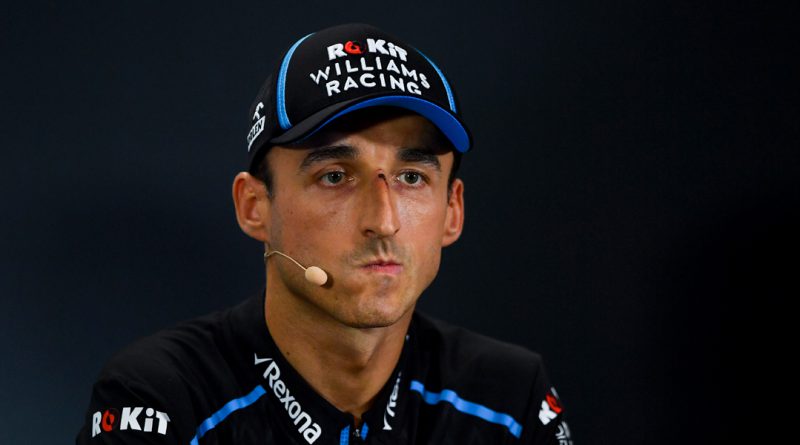 Robert Kubica and Williams will part company after the conclusion of the 2019 Formula 1 season, the respective parties announced on Thursday.

Kubica returned to Formula 1 in 2019 after an eight-year absence, following serious arm injuries sustained in a rally crash, but has struggled for overall pace.

He has yet to out-qualify rookie team-mate George Russell and has largely been out-raced by the youngster, though nonetheless picked up Williams’ sole point in Germany.

Kubica’s departure from Williams was widely expected and ahead of the Singapore Grand Prix he announced that he has “taken the decision that I will not continue with Williams after this year.

“I will evaluate what is possible.”

Kubica is thought unlikely to remain in Formula 1 as opportunities elsewhere on the grid are limited.

Red Bull and Toro Rosso are expected to keep their driver decisions within their in-house academy, while Haas confirmed earlier on Thursday that Romain Grosjean will stay alongside Kevin Magnussen.

Alfa Romeo, the other potential opening, is likely to keep hold of Ferrari-linked Antonio Giovinazzi, with Renault refugee Nico Hulkenberg the other leading candidate.

“I said this year it would be a goal to remain in Formula 1, but not for every cost, and I have to think what will bring me back a bit of joy for racing,” he said.

“I would be very surprised if I would not be racing next year.”

Kubica’s sponsor, PKN Orlen, which features prominently on Williams’ FW42, will follow the Polish driver out of the exit door.

Kubica’s comeback to Formula 1 has coincided with Williams’ worst season in its distinguished history.

The team, which competed for victories as recently as 2015, slumped to last in the 2018 Constructors’ Championship and has been further off the pace this year.

“I would like to thank Robert for his hard work and respect his decision to leave the team at the end of the 2019 season,” said deputy team boss Claire Williams.

“Robert has been an important member of the team in both his role as Reserve & Development Driver [in 2018], and subsequently as one of our Race Drivers in 2019.

“We thank him for his continued efforts throughout what has been a challenging couple of seasons and wish him well in his future endeavours.”

Williams added that its 2020 driver line-up will be announced “in due course.”

Mercedes-backed Russell has already been confirmed for next year, and Formula 2 front-runner Nicholas Latifi – currently Williams’ reserve driver – is understood to be the prime candidate.