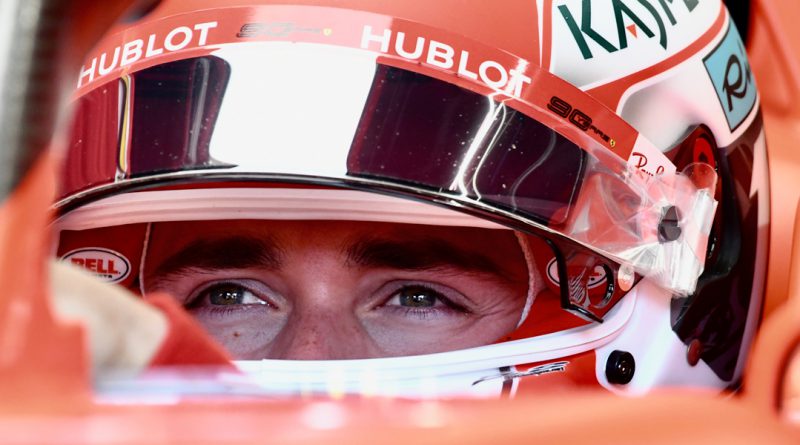 Charles Leclerc revelled in back-to-back Formula 1 pole positions as he profited from the “big mess” during qualifying in Monza for the Italian Grand Prix.

Leclerc set provisional pole at Monza as he edged Lewis Hamilton in qualifying by just 0.039s across the first Q3 runs, with Valtteri Bottas a close third.

Drivers attempt to find a tow from a rival at Monza due to the impact of receiving a greater top-end speed, leading to farcical scenes at the end of Q3.

Only two drivers – Leclerc and Carlos Sainz Jr. – made it to the start line with sufficient time remaining in the session, as the other drivers left it too late.

It meant Leclerc secured his fourth pole of the campaign, six days after his maiden victory at Spa-Francorchamps.

“Obviously the feeling I got when I went out of the car, hearing the crowd cheer so loud is absolutely amazing,” said Leclerc, who made it successive poles for Ferrari at Monza, after Kimi Raikkonen’s 2018 attempt.

“On the other hand, obviously a bit of a shame for the team because Seb [Vettel] couldn’t do his second-timed lap and he was very quick.

“I felt like maybe a 1-2 was an opportunity, even though these guys were extremely quick and it was very, very close.

“The whole qualifying was a big mess with all the slipstreaming and trying to have the best one. But I’m very happy with this pole position in Monza.”

Leclerc cut a buoyant mood when looking ahead to Sunday’s grand prix, as Ferrari chases a first victory on home territory since 2010.

“I think the race pace is more positive compared to what we had on the Friday in Spa, so on that we are pretty confident but the start will be pretty important as always,” he said.

“There’s quite a long way here from the start to the first corner, so a very good start will be very important.”