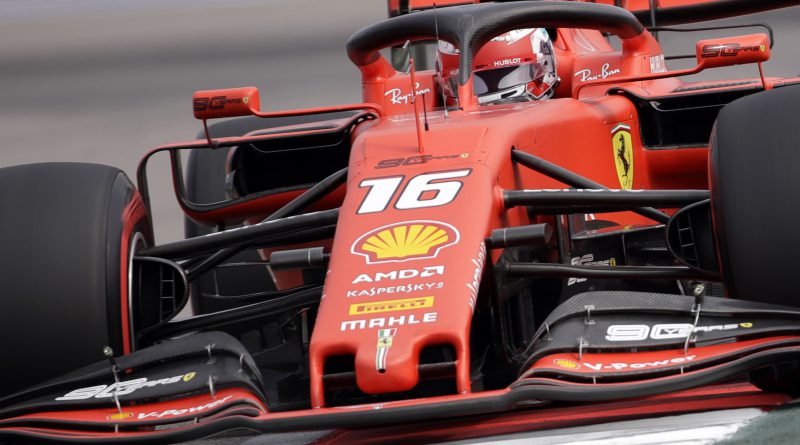 Ferrari’s Charles Leclerc topped the time charts in FP1 for the 2019 Russian GP.

Ferrari have been the team to beat since the summer break, with Leclerc winning successive races in Belgium and Italy before team-mate Sebastian Vettel ended his 13-month losing streak with victory in Singapore last weekend.

Leclerc again led the way for the Scuderia here, with Vettel third, albeit half-a-second adrift of the German.

Hamilton’s Mercedes team have won all of the five races staged in Russia since the fixture made its debut on the calendar in 2014, but the silver cars were only fourth and fifth in the first running.

Valtteri Bottas finished 0.736 seconds down on Leclerc while Hamilton was the best part of one second adrift.

Hamilton ran off the road at Turn 2 in the opening exchanges before complaining about his brakes.

His Mercedes mechanics made alterations to his car, but the British driver was unable to reduce the deficit to Leclerc during the 2019 Russian GP FP1 session.

Neither Hamilton nor Bottas posted a time on the quicker soft tyre, however, to suggest there will be more time to come from Mercedes in the day’s concluding running.

Daniel Ricciardo broke his rear wing after a late crash. The Renault driver lost control of his car through the right-handed Turn 10 before sliding backwards into the barrier.

Ricciardo, who finished eighth, limped back to the pits.

Home favourite Daniil Kvyat broke down on track after an apparent fuel issue in his Toro Rosso left him stranded during the 2019 Russian GP FP1.

Stay tuned for more Russian GP updates through the weekend!