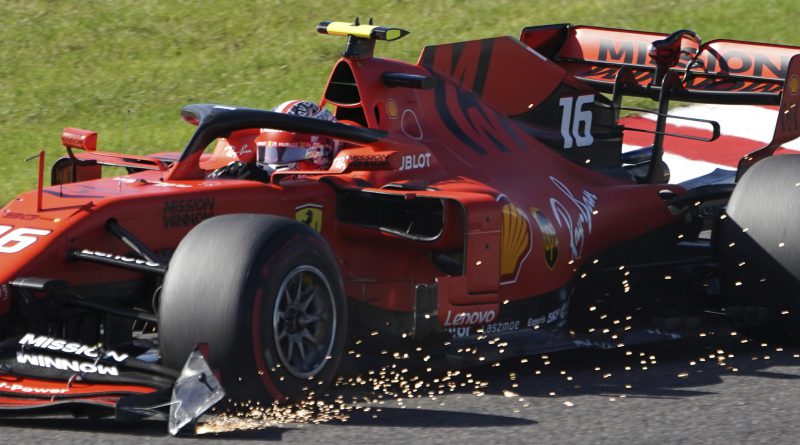 Verstappen, who had to retire following the damage inflicted on his Red Bull, called Leclerc’s driving irresponsible.

Leclerc attempted to continue with a broken front wing, which shattered and struck Lewis Hamilton’s Mercedes on approach to the notorious high-speed 130R corner.

The force of the impact wiped out Hamilton’s wing mirror. Ferrari were hit with a £22,000 fine for allowing Leclerc to continue.

The Monegasque received a five-second penalty, and two points on his licence for the accident with Verstappen, and a further 10 seconds for racing on with a damaged car.

After taking on repairs, Charles Leclerc crossed the line at the Japanese GP in sixth, but was demoted to seventh following the post-race investigation.

In a statement, Formula One’s governing body, the FIA, said: “By not bringing Leclerc into the pits at the end of lap one when there was damage clearly visible, and then by telling the driver to remain out for an additional lap, the team created an unsafe condition which only narrowly avoided being a major incident.”

Verstappen had enjoyed a strong start to Sunday’s race, and, having started from fifth, was challenging for second, when Leclerc wiped him out. The stewards initially decided to take no action against the Ferrari driver before changing their minds.

“The weird thing is that initially they didn’t investigate it. What more does he have to do to get a penalty?

“He had a bad start, so he was trying to recover, but there’s only so much you can do in a very long race. It’s a shame that it happened.”