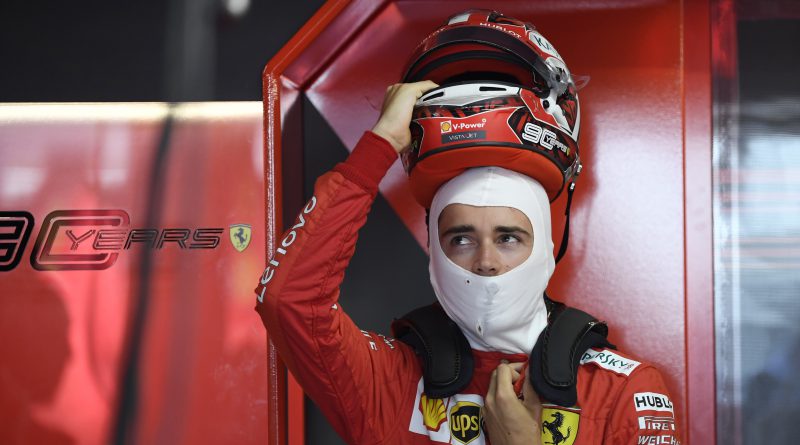 Charles Leclerc secures practice after he traded places with Sebastian Vettel as Ferrari continued their impressive form in Germany.

After Vettel topped the time charts earlier at Hockenheim, Leclerc led the way in a Ferrari one-two on Friday afternoon.

Championship leader Lewis Hamilton had to settle for third, with Ferrari heading into the weekend holding an advantage over their rivals.

Pierre Gasly crashed out of the second running when he ran off the road at the final corner and sustained heavy damage to the left-hand side of his car.

The young Frenchman walked away unharmed from the incident, but his Red Bull mechanics face a hefty repair job to get his car ready for final practice and qualifying on Saturday.

Gasly’s accident caused the session to be red-flagged with 15 minutes still to run, but Ferrari had already made their mark.

Vettel is back at Hockenheim for the first time since he crashed out from the lead in 2018.

The four-time world champion has struggled for form in the 12 months after his accident here. Indeed, it is approaching a full season since he last won a race.

But in the extreme heat on Friday, the mercury hitting 38 degrees, Ferrari’s speed will provide Vettel with reason to believe he could yet end his winless drought.

Hamilton has warned that the hot weather will scupper his chances of fighting for victory come Sunday.

Mercedes have failed to get their machinery working at full capacity in the warm weather. In similar temperatures at last month’s Austrian Grand Prix, Hamilton could finish only fifth.

Here, the Briton who leads team-mate Valtteri Bottas in the standings by 39 points, will know he has work to do to reel in the Ferrari’s if the heatwave extends into the weekend. Thunderstorms, however, are forecast for Saturday.

Lando Norris has enjoyed an impressive start to his grand prix career, but the British teenager finished only 16th, 1.8 sec slower than the leaders.

Norris was also half-a-second adrift of Carlos Sainz, who was 11th in the sister McLaren

Can Leclerc be able to lead the way in Germany this weekend?