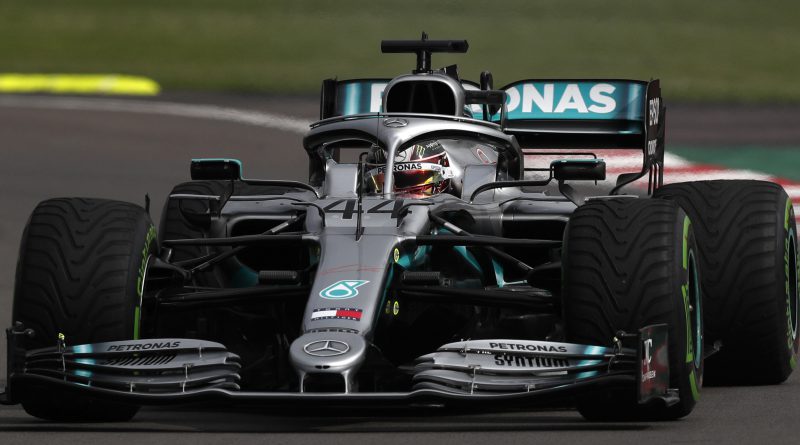 Lewis Hamilton’s hopes of closing out his sixth World Championship at the Mexican GP hit a setback after he qualified only fourth for Sunday’s grand prix.

Max Verstappen will start from pole position as he bids for a hat-trick of victories here. Ferrari’s Charles Leclerc will join the Red Bull driver on the front row with Sebastian Vettel starting from third.

Hamilton will be crowned king of the world on Sunday if he outscores Mercedes team-mate Valtteri Bottas by 14 points.

And although he qualified ahead of his only championship challenger – the Finn finishing sixth – Hamilton must be on the podium to stand any chance of moving to within one of Michael Schumacher’s record haul.

In a late twist, Bottas crashed out on his final lap, running wide at the final corner. The Mercedes driver hit the wall before smashing into the advertising hoardings.

Bottas took a number of deep breaths on the radio and remained in his car for some moments, but eventually walked away from the accident.

His Mercedes team should be able to repair his car to ensure he lines up from his sixth-place grid slot. But if his mechanics are forced into changing car parts, Bottas could incur a penalty and slip down the grid.

Lewis Hamilton’s Mercedes machinery is not suited to the Autodromo Hermanos Rodriguez venue of the Mexican GP, which sits a breathless 2,200 metres above sea level. He finished fourth last year and ninth in 2017, though he won the previous year’s race.

The five-time world champion was almost half a second down on Verstappen as the Red Bull driver edged out Leclerc. The young Monegasque finished two tenths off Verstappen’s pace.

“It’s been an interesting day but to come out on top was incredible,” said Verstappen after securing only his second career pole.

“The team kept pushing hard, kept bringing new parts to the car and today we showed we are very quick.”

Verstappen’s surge to the summit of the standings ended Ferrari’s run of five poles.

“Red Bull were quick, and particularly Max, but the race is still on tomorrow,” said Leclerc. “The start will be very important, and hopefully we can take advantage of our top speed.”

Frenchman Pierre Gasly brushed off a sickness bug which has affected more than 150 members of Formula One’s travelling circus to finish 10th.

Home favourite Sergio Perez will have a chance of a points finish after he qualified 11th for Racing Point.

British teenager Lando Norris made it through to Q3 and finished in eighth position, one place behind Carlos Sainz in the sister McLaren.