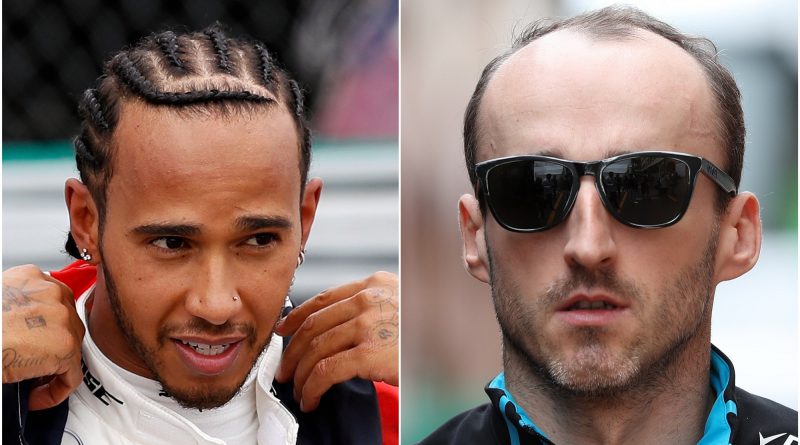 Lewis Hamilton hailed Robert Kubica among the finest drivers he has ever raced against after the Pole announced his brief return to Formula One will conclude at the end of the year.

Kubica, 34, completed one of sport’s most remarkable comebacks by securing a seat on the grid eight years after he nearly died in a rally crash.

One month before the start of the 2011 season, Kubica, then regarded among the stars of his generation, severed his right arm and sustained multiple fractures in the life-threatening accident.

Kubica’s aspirations of driving again in F1 appeared improbable, but the Pole worked tirelessly to return to the cockpit and after landing a reserve seat with Williams in 2018, he secured a full-time drive for the British team this year.

Kubica, however, has struggled for form, propping up the field in his under-competitive Williams and off the pace of his rookie team-mate, the Briton George Russell. He has scored the team’s only point of the campaign, finishing 10th in Germany.

“Robert is one of the most talented drivers I have competed against,” Hamilton praises of one month younger Kubica.

“We started racing karts together in 1997 and from the beginning I saw the talent that he had.

“What is really remarkable is the strength and determination he has shown, particularly following his incident. Not a lot of people could make it through those circumstances, make it back into the sport, and deliver against others who have not been in the same situation.

“It has been great to have him back. I hope he stays and there is a position for him next year.”

Despite Hamilton’s praise, Kubica has next to no chance of securing a seat for 2020. A simulator role at another team seems his best option.

“I am not really the kind of guy who is proud, but it has been a long journey and extremely hard for me,” said Kubica.

“It has been the biggest achievement of my life to come back to F1. It was the best final period I could deserve and I could imagine.

“But I have to do what will bring me back a lot of joy. It has purely been my decision and I will evaluate different opportunities.”

Hamilton will be bidding to increase his 63-point championship lead at the sport’s spectacular night race here in Singapore.

The Mercedes star admitted he will be seeking advice from his team about the poor air quality affecting the city state caused by forest fires in neighbouring Indonesia.

The pollution levels improved from “unhealthy” to “moderate” on Thursday, but there are suggestions the situation could deteriorate.

“We all have doctors on hand,” added Hamilton. “I have been told not to go running outside because it will not be great for me.

“I am not sure how it will impact us in the race, but I will speak to the team about it.”