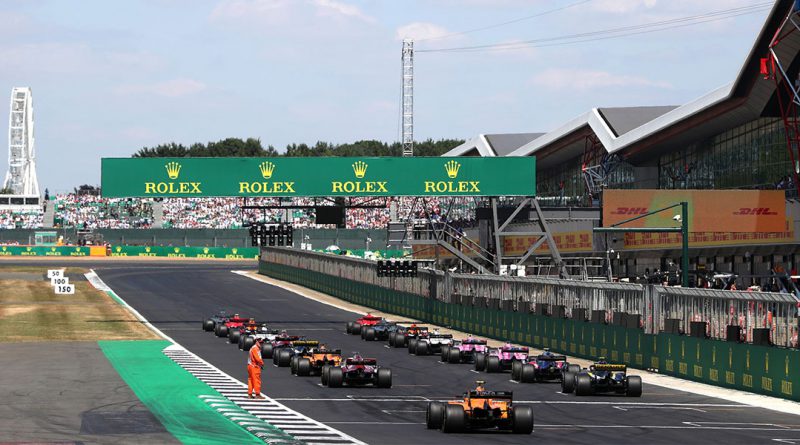 The British Grand Prix’s future has been secured following the announcement of a new five-year deal at Silverstone in F1. Boss Chase Carey, Silverstone managing director Stuart Pringle, and British Racing Drivers’ Club chairman John Grant made the announcement at the Northamptonshire track on the eve of this weekend’s race.

“It is a pleasure to announce that we have renewed the Silverstone agreement for the next five years, through to 2024,” said Carey.

“We are thrilled to have this in place. Silverstone is a signature race on the calendar and a special event.”

The news brings to an end to a two-year saga, sparked when Silverstone triggered a release clause in 2017 in the hope of brokering a better deal.

Sunday’s race was set to be the last unless a new arrangement could be found.

Grant said: “Silverstone is one of the most iconic Grands Prix on the F1 calendar and with such a rich heritage it would have been disastrous for the sport and fans had we not managed to find a way forward.

Pringle also welcomed the deal, saying: “The British Grand Prix at Silverstone is rightly recognized as one of the highlights of both the F1 championship and the annual British sporting calendar.

“This is thanks to our track being one of the greatest drivers’ circuits in the world but also the enormous passion for motor racing that exists in the loyal and knowledgeable fans that we have in this country.

“The prospect of not hosting a Grand Prix at Silverstone would have been devastating for everyone in the sport and I am delighted that we are here today making this positive announcement about the future.”

It is understood that the financial side of a new agreement was agreed some time ago, with the last few days used to iron out the final details.

Both F1 and Silverstone have worked around the clock to ensure the future of the sport’s oldest race is secured before the doors are thrown open for this weekend’s event.

Silverstone is expecting a record crowd in excess of 140,000 for Sunday’s race.