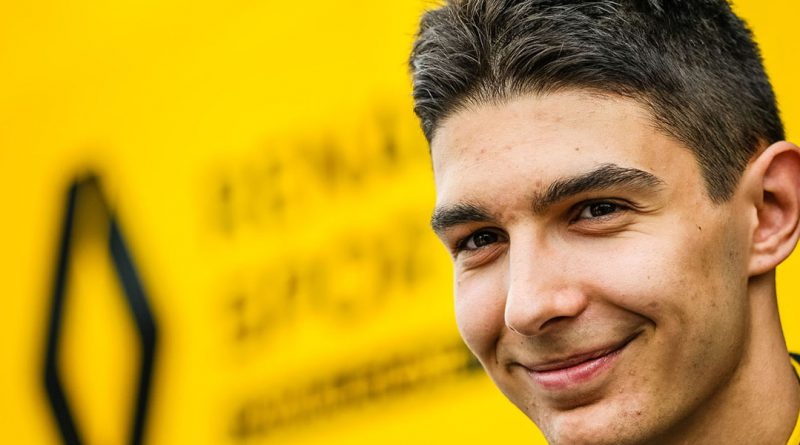 Renault has announced the recruitment of Esteban Ocon on a multi-year deal, with the Frenchman to replace Nico Hulkenberg in the team’s driver line-up.

Ocon debuted in Formula 1 with the backmarker Manor team mid-2016 and spent two years competing for Force India, taking a best of eighth in the championship.

Ocon lost his seat at the rebranded Racing Point outfit and also missed out on chances at Renault and McLaren, leaving him without a 2019 drive.

Mercedes, which has guided Ocon’s career since 2015, handed Ocon a role as reserve and back-up to Lewis Hamilton and Valtteri Bottas.

Ocon has spent this year carrying out simulator duties, attending briefings, and has also acted as a pundit on television in his native France.

Current restrictions on testing regulations means Ocon’s only time behind the wheel came during a demonstration run of Mercedes’ old-spec car at Goodwood.

Mercedes revealed prior to Formula 1’s summer break that it was evaluating whether to keep Bottas or promote Ocon as Hamilton’s 2020 team-mate.

It has decided to retain Bottas, with the announcement made on Thursday, and soon after it was revealed that Ocon will be joining Renault.

“First and foremost, I am very proud to become a Renault driver,” said Ocon.

“I have grown up at Enstone, starting with Lotus in 2010 and then with Renault. I am very attached to this team and everyone who works there; they are the ones who opened the doors of top-level motorsport for me.

“Secondly, I am pleased that a team with big ambitions has entrusted me with the opportunity to once again demonstrate my skills at the highest level of F1. It is a responsibility I take very seriously.

“The confidence they have in me to help the progression of the team is a very positive pressure and I look forward to giving the best of myself.”

Ocon will line-up alongside Daniel Ricciardo, entering the second year of his two-season deal, and take the seat of Hulkenberg.

Hulkenberg, a veteran of over 150 grands prix, joined Renault in 2017 after prior spells with midfield teams Williams, Sauber and Force India.

He was out of contract at the end of 2019 and Renault regards 22-year-old Ocon as a more viable long-term prospect.

Renault returned to Formula 1 in 2016 and has made year-on-year gains, convincing multi-race winner Ricciardo to join, but its progress this season has stalled.

Renault targeted closing the gap to Formula 1’s top three teams but currently holds only sixth in the championship, with less than half the points of customer team McLaren, and is also behind Red Bull junior outfit Toro Rosso.

Ocon’s arrival at Renault for 2020 leaves Hulkenberg without a seat but he is understood to be a leading candidate for Haas, which is open to options beyond incumbent Romain Grosjean.