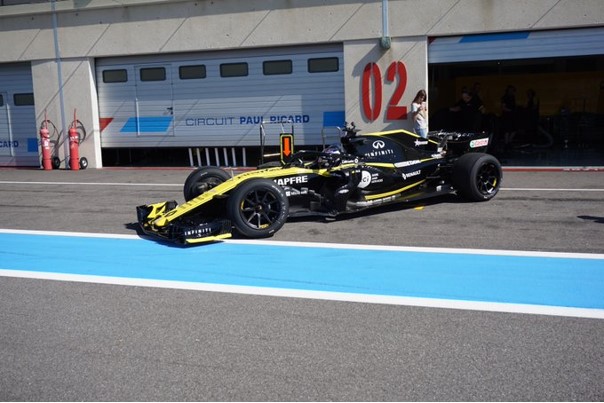 F1 tire supplier Pirelli has provided a first glimpse of the championship’s future in the wake of its maiden 2021 test run on Thursday.

Pirelli, which has been Formula 1’s sole tire supplier since 2011, will remain the exclusive partner through 2023, and from 2021 the championship will switch from 13-inch to 18-inch tires.

The change in tire sizes was undertaken at the behest of Formula 1’s governing body, the FIA, as part of the planned overhaul of the Sporting and Technical regulations for 2021.

The FIA, Formula 1 and all 10 teams are in the final stages of ratifying the regulations for 2021, which will be published before the end of October.

Pirelli staved off interest from Hankook last year to remain as Formula 1’s sole tire supplier for the 2020-23 contract period, with the switch to come from 2021.

It previously gave a demonstration run in mid-2014 with a concept tire in order to provide an idea of how low-profile tires would look on a Formula 1 car.

Pirelli is permitted 25 days of testing with current-spec machinery in order to hone its products for the following campaign.

Typically all 10 Formula 1 teams have partaken in this running at various stages of the campaign, with Pirelli organizing the test and mandating that no development parts are used, such that no squad can gain an unfair advantage.

The data gathered at the test days is then shared between all teams.

Ahead of the switch to 18-inch tires Pirelli has opted to use a handful of its 2019 days to get a head-start on its 2021 compounds.

It gave Formula 1 fans the first taste of what 18-inch tires will look like on contemporary cars come 2021.

Sirotkin is set to resume running on Friday, while McLaren – in October – and Mercedes – in December – will provide mule cars for further data to be collected.

Pirelli is also still in the process of finalizing its 2020 compounds, with Sirotkin joined on track at Paul Ricard by Mercedes tester Esteban Ocon, who racked up the miles while evaluating next year’s prototypes.

Teams are poised to sample the finalized 2020 compounds at the traditional post-season test in Abu Dhabi, which takes place following the concluding round of the year.

While Formula 1 will switch to 18-inch tires in 2021, feeder category Formula 2 will get a head start by using the wider rubber in 2020.