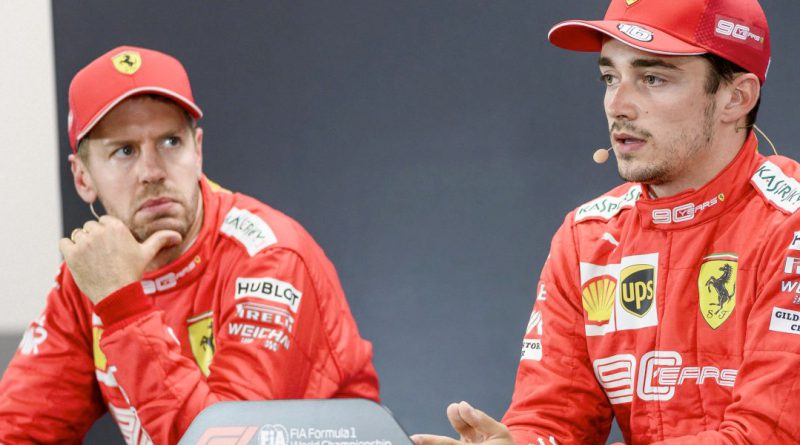 Former chief of the Ferrari F1 team, Ross Brawn, has suggested one of the team’s drivers step up and take responsibility for their crash in Brazil.

Both drivers were called to Ferrari’s headquarters in Maranello, Italy after they crashed out of the Brazilian Grand Prix with only five laps remaining.

A similar mistake occurred between Lewis Hamilton and Red Bull driver Alex Albon, as the two collided late in the race and likely cost Albon his first career podium. Hamilton immediately admitted he was at fault and apologized to the young prodigy.

Hamilton was penalized by the stewards and his third place podium finish was taken away after a five-second penalty was awarded. However no action was taken against the Ferrari F1 drivers, even though Vettel appeared to be more at fault.

“In the cold light of day, it would be good if one of the Ferrari drivers follow Hamilton’s example and admit culpability, as the champion did regarding his clash with Albon,” said Brawn, now the head of motorsport for Formula One.

“If Ferrari really wants to put an end to Mercedes’ dominance, not only does it need to provide its drivers with a more competitive car next year, it must also ensure that incidents like this one are not repeated.”

Mattia Binotto, current team principal of Ferrari, will be speaking with both drivers this week. He might be considering to revised the teams rules of engagement, which would prevent the two from fighting on track. The two drivers were fighting for fourth place when they crashed out.

Brawn added: “Mattia faces the tough task of getting things back on track. He had to get stuck in and tell the drivers to face up to their responsibilities, which in Maranello always means putting the interests of the team ahead of those of the individual.

“It’s never nice when team-mates knock one another out of a race, even more so when it’s not even a particularly important result that goes begging.”