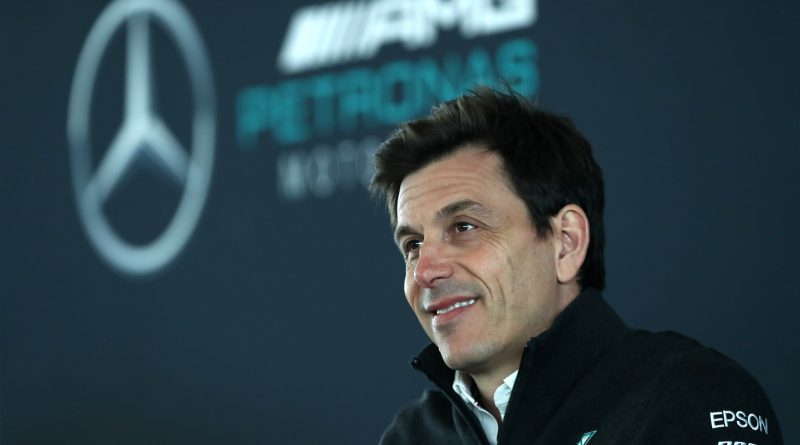 Lewis Hamilton’s Mercedes boss Toto Wolff insists he is not about to turn his back on the sport’s most successful team of all time.

And with Hamilton poised to wrap up this season’s title, probably in Mexico in a fortnight’s time, the Silver Arrows will become the first team to win six successive drivers’ and constructors’ titles in Formula One history.

Austrian Wolff, 47, who has spearheaded Mercedes’ run of unprecedented glory has been touted as a leading candidate to take charge of the sport.

Chief executive Chase Carey’s contract is up for renewal at the end of next season, while Sean Bratches, the sport’s commercial boss, is expected to leave his post at the end of this year.

“I haven’t given it consideration and certainly have not had any concrete discussions about running Formula One,” Wolff told the PA news agency.

“I really like what I do. Running a sports team from the commercial and financial side, and from a lap-time perspective, is exciting because the stopwatch never lies. I like that honesty about the sport.

“At the same time, it is important to be committed to what you do. If you think about the next thing, you are not going to give it 100 per cent anymore and I have never done that.

“I love the sport and the platform is great, but I also love what I do now. It is truly fulfilling and it makes me happy.”

Mercedes will secure the constructors’ championship in Japan on Sunday if they outscore Ferrari by 15 points.

Qualifying was pushed back a day following the arrival of Super Typhoon Hagibis. The Suzuka circuit, situated 250 miles south west of Tokyo, was subjected to torrential rain and strong winds on Saturday, but F1 bosses expect Sunday’s race to go ahead as planned.

Hamilton is 73 points clear of Mercedes team-mate Valtteri Bottas at the championship summit with just 104 remaining after the 17th round of the year.

Hamilton’s imminent triumph will be his fifth in six spectacular seasons. The Briton’s Mercedes team have been the sport’s dominant force, but quadruple world champion Sebastian Vettel believes his rival’s success is warranted.

“Lewis deserves the titles,” said Vettel. “Mercedes have had the best car for the last couple of years, and there are other drivers who could have had a chance of winning a championship, but it is more than that. It is a combination of that.

“I didn’t enjoy the years where he was winning, particularly when I was fighting him.

“But you have to appreciate the fact that it is not just Mercedes, and not just Lewis, but a combination of the two factors. They have got to a point where they are very difficult to beat. Lewis is very consistent, and makes very few errors, so that is credit to him.”