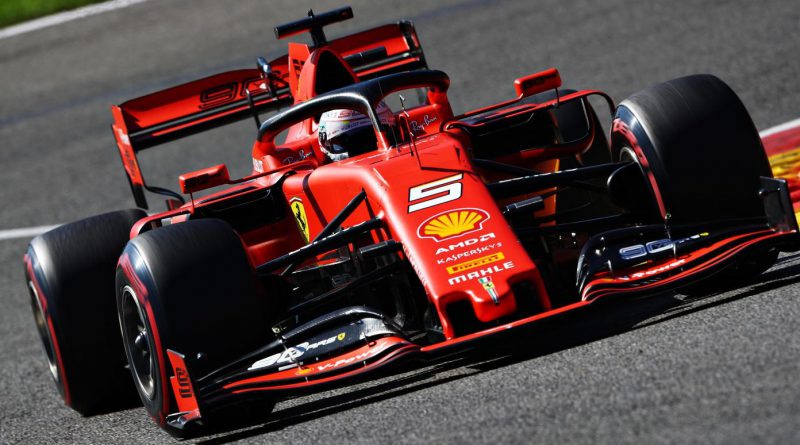 Ferrari opened the second half of the 2019 Formula 1 season atop the timesheets as it comfortably as Vettel leads the opening practice.

Ferrari has yet to win a grand prix this season, suffering from several setbacks and missed opportunities, but its SF90 has shown pace at high-speed venues.

Strong straight-line speed is a requirement at Spa-Francorchamps and Ferrari finished 1-2, with Sebastian Vettel in the lead posting a time of 1:44.574 at the iconic circuit.

That time left him 0.214s clear of team-mate Charles Leclerc, while third-placed Max Verstappen was almost a second adrift for Red Bull.

The reigning World Champions, victors of 10 of this year’s 12 grands prix, finished fifth and sixth respectively, with Lewis Hamilton suffering a brief engine blip early in the session.

Mercedes, though, remained on the harder Medium compound tyres throughout the course of the 90-minute session, while Ferrari and Red Bull opted for Soft rubber.

It means Mercedes is likely to be nearer the front of the pack once it switches to the red-banded compound later in the weekend.

Lance Stroll led the ‘best of the rest’ midfield battle in seventh, recovering from an early issue when his engine cover worked its way loose from the Racing Point RP19, shattering as it landed on the Kemmel Straight.

Pierre Gasly, fresh from his demotion to Toro Rosso, was 18th, three-tenths and one place down on team-mate Daniil Kvyat.

As of now Vettel leads for the opening practice. Stay tuned for the second practice, of length 90 minutes, is scheduled for 15:00 local time.