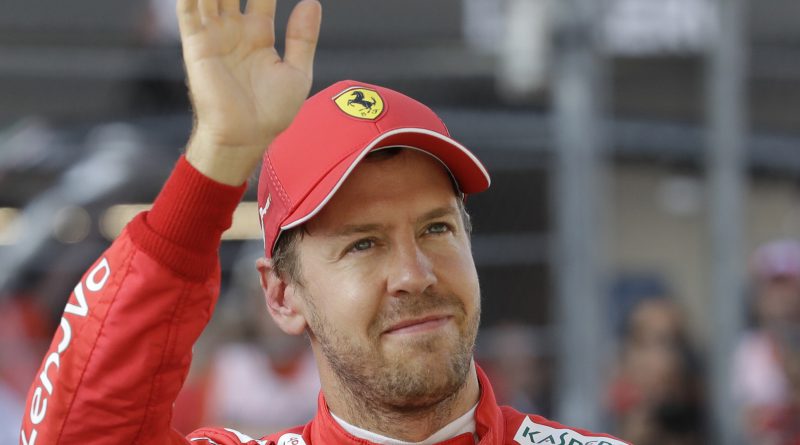 Sebastian Vettel’s former boss has told him he does not have a future with Ferrari following the team orders debacle in Russia.

Vettel defied multiple instructions to move aside for Charles Leclerc after beating his team-mate to the opening corner at the Sochi Autodrome.

Vettel won his first race at a rain-soaked Monza the following year before becoming the sport’s youngest champion with four triumphs on the bounce for Red Bull between 2010 and 2013.

The 32-year-old, however, is under increasing pressure at Ferrari and the Italian team’s treatment of him during Sunday’s race in Sochi would appear to leave Vettel’s future with Ferrari hanging in the balance.

Vettel has one year to run beyond the current season, but Leclerc has emerged as Ferrari’s star performer with six poles and two wins in his maiden campaign. Vettel has triumphed just once in the last 13 months.

“Although he was the fastest man in Russia, Ferrari sacrificed Sebastian,” said Marko. “He has no future with Ferrari anymore.”

Jenson Button, the 2009 world champion, questioned Ferrari’s odd decision to strike a deal on the outcome of the first corner.

Jacques Villeneuve, who beat Michael Schumacher to the 1997 title, said Ferrari should not have intervened.

“Vettel was faster and deserved to stay ahead,” said Villeneuve. “They didn’t have to tell Vettel to return the place immediately like that.”

Vettel broke down with an engine failure and the ensuing virtual safety car allowed Mercedes’ Lewis Hamilton to take the victory from Leclerc.

“Ferrari spent the rest of the race thinking about how to put Leclerc back in front and karma punished them in the end,” added Villeneuve.

Vettel insisted in Sochi he would not walk away from his £36million-a-year deal. But it is difficult to imagine how the Ferrari hierarchy will be able to manage another 27 races with the warring team-mates.

Ferrari’s calamitous afternoon in Sochi afforded Hamilton the chance to strengthen his grip on a sixth world championship.

Hamilton will head to the Japanese Grand Prix a week on Sunday 73 points clear of Valtteri Bottas and 107 ahead of Leclerc with just 130 points on the table.

“I just don’t try to think about it,” said Hamilton when asked if he already had his mind on clinching a third successive title, moving to within one of Schumacher’s all-time record.

“I am honestly just focusing on the task in hand, trying to be the best I can be each weekend and making sure I am delivering at a high rate.”