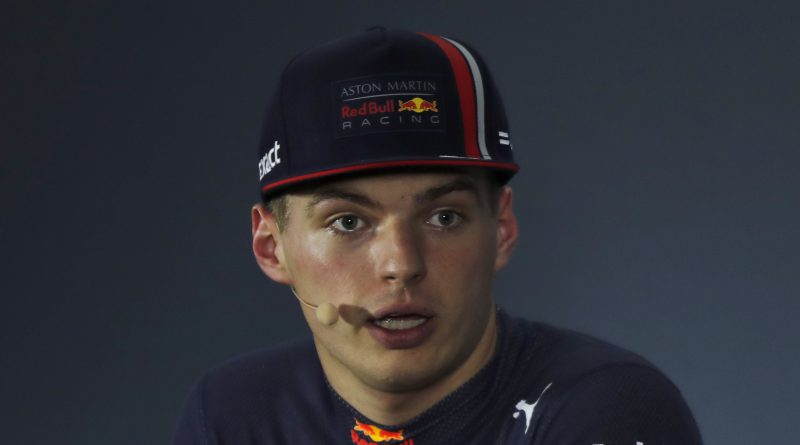 Verstappen put his Red Bull on pole – and then admitted he ignored the double yellow flags which had been deployed after Bottas lost control of his Mercedes at the final corner.

The Dutchman was summoned by the FIA on the charge of ignoring the safety instruction.

Lewis Hamilton, who will win his sixth world championship at the Mexican GP on Sunday if he outscores Bottas by 14 points, is due to start from fourth.

The Briton must finish at least on the podium to sew up the title. Bottas is expected to start from sixth with his Mercedes team confident they will fix his damaged car without incurring any penalties.

“It is really important that the FIA are very strict on double yellow flags,” said Hamilton. “There could have been marshals on the track.

“These volunteers put their lives on the line to make sure drivers are safe on the road and you have got people who are being careless and not abiding by the rules.

“Max didn’t need to stay flat-out, he had already got pole. The FIA need to be very strict on that.

“A double yellow flag means slow the f*** down, there could be a massive incident ahead. The fact that he ignored it is not great. Hopefully the right calls are put in place so the drivers need to know to respect these things.”

The stewards chose initially not to investigate Verstappen, but launched a probe in the wake of comments made by the Dutchman in the post-qualifying press conference.

Asked if he had slowed down, the Red Bull driver replied: “Didn’t really look like it, did it? No.”

Moments earlier, Verstappen had claimed the second pole of his career to start as the favourite to seal a hat-trick of wins at the Autodromo Hermanos Rodriguez.

The Ferrari duo of Charles Leclerc and Sebastian Vettel finished second and third with Hamilton one place back, half-a-second slower than the Red Bull driver.

Lewis Hamilton’s Mercedes machinery is not suited to the high-altitude venue of the Mexican GP, which sits a breathless 2,200 metres above sea level. He finished fourth last year and ninth in 2018.

His sole remaining challenger for the championship Bottas hit the wall before slamming into the advertising hoardings in the closing moments.

The Finn took a number of deep breaths on the radio and remained in his car for some moments, but eventually walked away from the accident. He was taken to the medical centre, and was given the all-clear.

“It was quite nasty actually in the end,” he said. “I hit my knees together. It was a nerve thing, so for the first five minutes after the accident I couldn’t feel my right knee but there is no pain now.”

Mercedes boss Toto Wolff added: “The car is pretty damaged but we are 90 per cent confident we can fix it without any penalties. We got away with it. They are rebuilding it as we speak so we will know later tonight.”