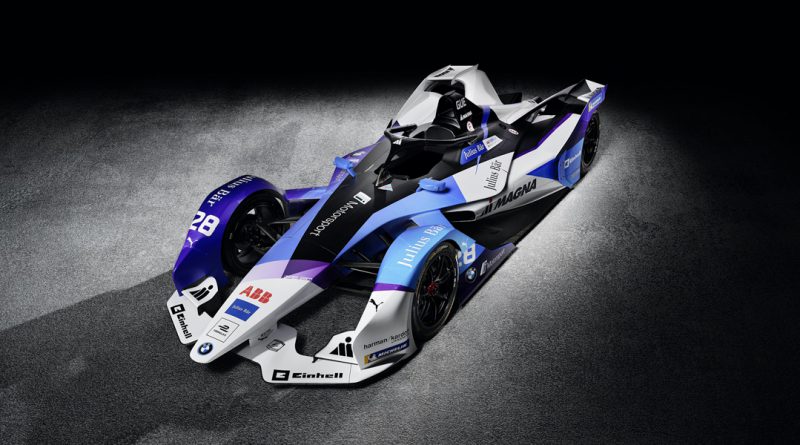 On the eve of pre-season testing in Valencia, Spain, BMW i Andretti Motorsport revealed its 2019/20 Formula E car, the BMW iFE.20, which follows on from the previous generation Gen2. The start of the new season marks BMW’s second season in the ABB FIA Formula E Championship as a full works team.

Getting behind the wheel for the first official test is Alex Sims and Max Guenther, who signed with the team after completing his debut season with Geox Dragon. The German driver replaced Antonio Felix da Costa, who switched to DS Techeetah. On the first day of testing at Valencia Guenther was able to put the iFE2.0 on the top of the charts, putting the other teams on notice.

Sporting the latest drivetrain from the German marque, the BMW Racing eDrive02 was developed in partnership with the manufacturer’s motorsport branch and also its hybrid and electric BMW i road car division. With the BMW iFE.20 Formula E car serving as a tech lab for road car production, the learnings from the racetrack help to develop the next generation of BMW i road cars.

“The intense preparation for our second Formula E season with the BMW i Andretti Motorsport team is still in full swing, both on the racetrack and in the simulator,” said BMW Group Motorsport Director Jens Marquardt.

“It is going well, but isn’t finished yet. In the coming days we will continue our task at the official test drives at Valencia. We have analysed the findings from our first season and focussed our preparation on optimising our performance overall in all areas.

“However, we will only truly know where we stand at the season opener.”