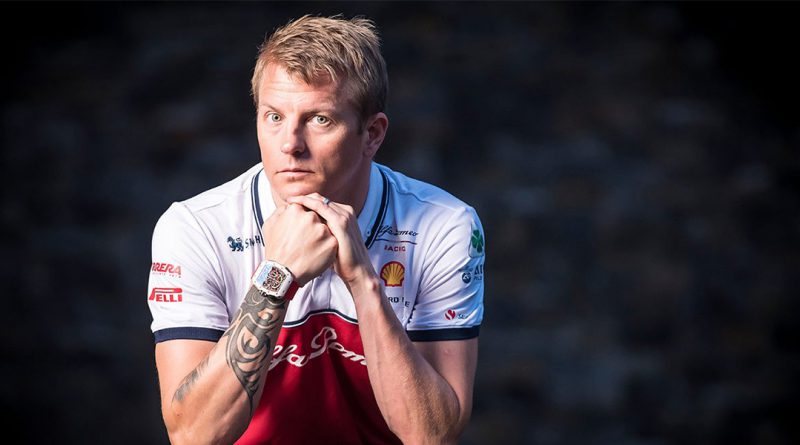 This Richard Mille piece pays tribute to the F1 legend, Kimi Raikkonen and his current team Alfa Romeo Racing. To withstand the vigorous demands of F1 racing the watch is constructed from grade 5 Titanium and Carbon TPT.

As a young brand in the premium watch segment, Richard Mille might not have the heritage of motorsport oriented brands like Rolex or Tag Heuer – but they sure have the quality.

Presented to the market in 2001 Richard Mille immediately set their tone as an ultra-luxury producer of watches in limited quantities. Their aesthetic embodies the rugged mechanical beauty of F1 and the internals are uniquely their own.

In 2004 Richard Mille revealed the RM 006 Tourbillon Felipe Massa. A watch that arose from a friendly challenge between two friends – Felipe wanted a watch capable of resisting the high g-forces of F1 racing whilst also being extremely lightweight and easy to wear. The RM 006 weighed only 43 grams and featured a baseplate made from carbon nano-fibre. It was this project that set the standard for lightness, reliability and quality of a Richard Mille timepiece, and thus began building their name in motorsports.

The density, stiffness and low thermal conductivity of these materials make them the choice for F1 engineering and Richard Mille.

It’s safe to say that Richard Mille is effectively the F1 of horology. Their quality and design is free of gimmicks and is solely based in performance – much like the world of F1.