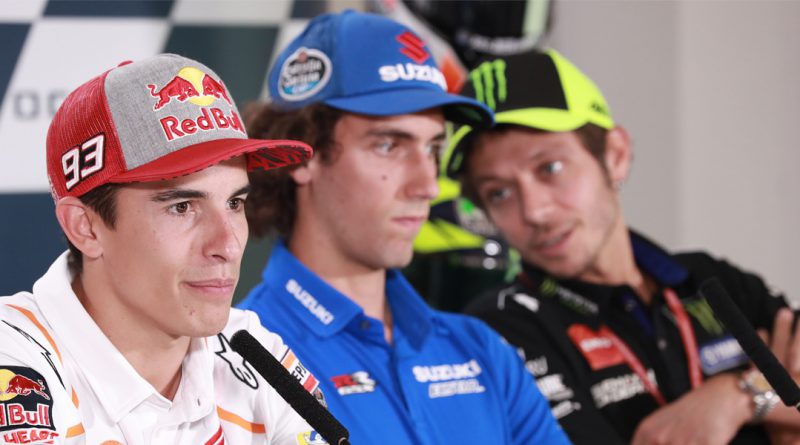 Here are five things to keep in mind before the 2019 Misano MotoGP this coming weekend.

Johann Zarco atop his #5 Red Bull KTM Factory Racing machine will receive a three-place grid penalty for taking out fellow KTM rider Miguel Oliveira during the last round at Silverstone.

Team Suzuki Ecstar rider Alex Rins is a mere four points ahead of Ducati’s Danilo Petrucci. The battle for who will take a season podium finish is heating up. Keep your eyes on these two during the 2019 Misano MotoGP.

Monster Energy Yamaha MotoGP rider, and winningest GP rider Valentino Rossi has taken the top podium spot three times at his home race. Will he top the podium once more in font of his legion of fans?

Repsol Honda Team rider Marc Marquez crossed the finish line in second place over his last two races. Let’s see if he can make a return to his winning ways in Misano.

Fabio Quartararo finished last month’s testing at the Misano track in the number one spot. Can he continue the pace he found to earn his first top podium spot?

Stay tuned for updates on the 2019 MotoGP Misano race this weekend!