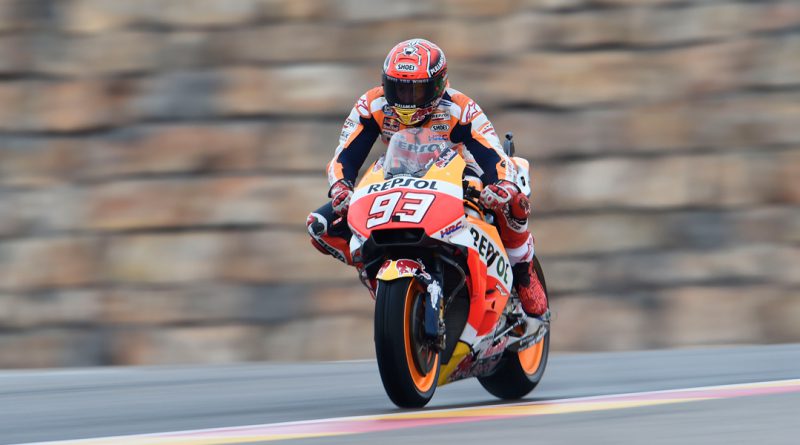 Among all the action in MotoGP, here are the five things to watch at the upcoming 2019 Aragon GP:

Johann Zarco was effectively absent from the San Marino Grand Prix. While Pol Espargaro shone on the technical circuit, Zarco’s absence from the points was noticeable. He finished 17th in a race were his teammate was 11th. Espargaro qualified an impressive second, Zarco was eight tenths back in eighth.

After skittling Miguel Oliveira there’s a chance KTM was already considering Zarco too much of a risk to keep on, and after the weekend have effectively declared him persona non grata. Mika Kallio, at one time a sensation in the lower tiers and now test rider for KTM will replace Zarco for the rest of the season. KTM will continue to pay the Frenchman, and will bar him from testing for any other teams until 2020. Let’s see what Kallio can do – he already has a few top 10s on the KTM.

Jorge Lorenzo’s struggles are agonizing to watch. His injuries, the temperamental Honda, and general malaise, mean Lorenzo is finding it hard to get back to form. It’s so bad, that the Spaniard says he “hopes” to be within 30 seconds of the leader at the Aragon GP. This from a multiple champion, factory rider and a man who once tried to push-start a bike just weeks after smashing his ankles. Lorenzo isn’t soft, but our expectations for him in Aragon are.

3. Fabio Quartararo is due.

It’s not if, but when, for Frenchman and rookie sensation Fabio Quartararo. The Yamaha rider has a pair of bridesmaid finishes under his belt now, and he was far closer to a win at Misano than the timesheet shows. Marquez knows the young gun is an emergent threat, and bookies do too. Marquez and Franco Morbidelli both marvelled at the satellite rider’s pace in high speed corners, where he seems to be able to do something nobody else can. He could win in Aragon – but then again…

4. Marquez looking for four on the trot

Marc Marquez won the past three Aragon MotoGP races in a row – and four in the previous six races. Only Jorge Lorenzo has beaten Marquez in Aragon, and we all know he’s not a contender this weekend. Can Marquez get four in a row on home soil? I wouldn’t bet against it.

5. Marquez to all but seal the deal

Marc Marquez can’t win the championship in Aragon – but he can get pretty damn close. If Marquez is first or second, and Andrea Dovizioso finishes off the podium, sealing it in Thailand will become very, very likely.

Bonus Round:
Watch for Rossi and Marquez to once again play fox and hound in qualifying. This particular side show at the Aragon GP means Saturdays’ events are now must-see TV. Will they play silly buggers again? Of course they will. Get the pop corn!