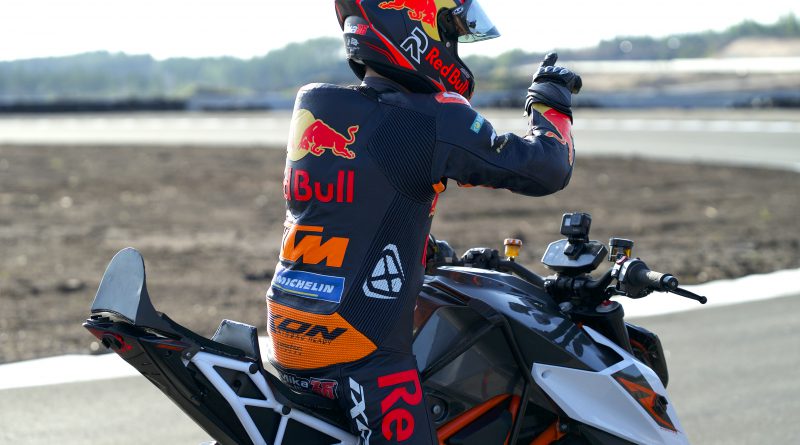 MotoGP return to Finland might get someone especially pumped. Read on to find out who?

Red Bull KTM Factory Racing rider Mika Kallio might get the chance to race in his own country from 2020 and the Finn got the nod to test out the new KymiRing track ahead of time. Here is all you need to know:

– The 36-year-old has been on the professional circuit since 2001 in all three classes with five MotoGP seasons including three for Red Bull KTM from 2016-2018. Now he could be looking forward to makes a solid MotoGP move towards Finland.

– After suffering a serious knee injury in practice at the 2018 German GP, Kallio has fought to get back on his bike so he can showcase the incredible new circuit.

– Kallio said: “There are many good places to overtake especially on the first and second sections with fast corners. Few lines you can choose there and at the end of the back straight too. It will be fun to see all the guys riding on the track. I like that there are up and downs and blind corners as it is always more interesting for riders. Hopefully, I will be here on the grid. I have been racing for a long time. Stick the helmet on and full gas!”

– The last time elite races took place in Finland was 1982 when the 500cc race was not included, therefore the new clockwise track that measures 4600m in length with speeds of more than 340km/h will be looking to entertain fans and impress riders in equal measure.

– There is expected to be 18 curves with 13 right-hand and five left-hand ones as well as a straight of almost 1200m that is surrounded by forests and lakes.

– Nestled between cities Kouvola and Kausala in idyllic Tillol, it is just under two hours by car from Helsinki or three-and-a-half hours from St. Petersburg in Russia.

– MotoGP Teams will test Finland properly on August 19-20, which will provide valuable data as every manufacturer will be present and represented by at least one rider.