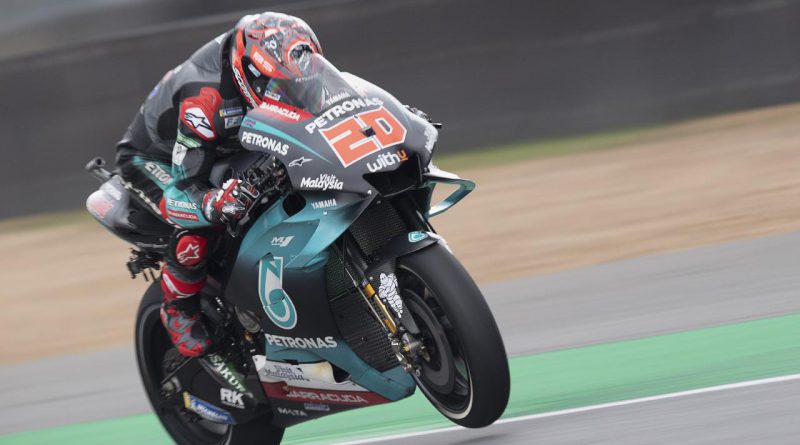 You could very easily make money if you’d bet on Fabio Quartararo to top time sheets at the Thailand GP FP4, and in every session for the past few races in 2019. The satellite Yamaha rider has proven to be a Free-Practice assassin and it was a return to the status quo in Free Practice 4 at the Chang international circuit.

Rain in the morning cleaned the track, which meant times were still over all slower than they were in FP2 on Friday. Quartararo, Marc Marquez, and Maverick Viñales resumed the top three spots on the timesheet they had occupied in FP1, just reversed.

In the end, it was that trio, followed by Jack Miller and Andrea Dovizioso. Valentino Rossi was sixth fastest in the session with Alex Rins best of the Suzukis in seventh and Quartararo’s satellite Yamaha teammate, Franco Morbidelli, in eighth. KTM’s Pol Espargaro and Ducati rider Danilo Petrucci rounded out the top 10 in the session, however neither would automatically advance to Q2.

In fact, only the times of Marc Marquez in sixth at the Thailand GP FP4, and Aleix Espargaro in seventh were better than their FP2 times. The rest of the top 10 combined times were all set in the second practice session.

This session was largely free of drama, with some big wobbles and moments from Marquez proving he hasn’t turned down the wick since his crash on Friday, and Valentino Rossi pushing the front of his Yamaha but maintaining control.

Curiously, Rossi was running a soft front tyre throughout much of the session during which the rest of the field were either on the medium or the hard. It seems unlikely the soft tyre will hold up during the ultra-hot Thai MotoGP.

Marquez’s session was interrupted slightly by a front spring change, perhaps preventing him from getting a truly indicative lap in.  But, having done enough to secure a berth in Q2 Rossi and Marquez could afford to experiment at the Thailand GP FP4.