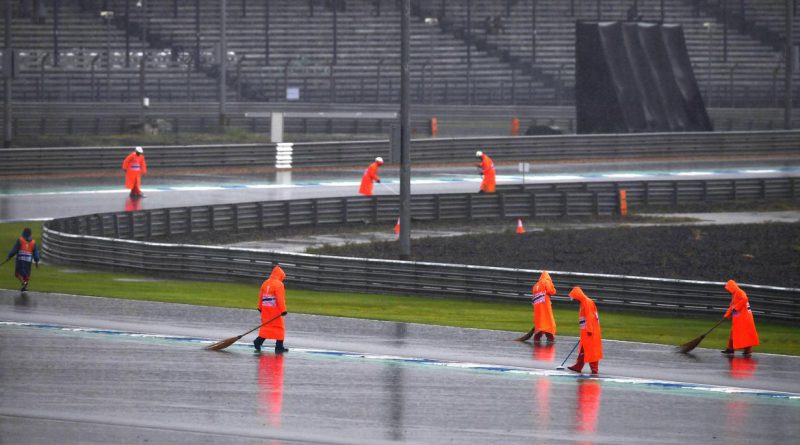 If you needed any clue that Thailand GP is not your average MotoGP race, the Chang circuit delivered on Saturday morning during FP3. Amid torrential rain, the Dorna cameramen picked up a large crab making its way across the sodden circuit.

The Thailand GP FP3 was reduced to just 35 minutes and become largely a test session for the grid, who used this opportunity to explore the circuit on rain tires. That practice time could yet prove valuable in tropical Thailand as weather is never predictable in the region.

Ultimately, it was Andrea Dovizioso on the Ducati who prevailed, his 1m36.250s lap was almost a second better than the Petronas Yamaha SRT of Franco Morbidelli who will welcome a rare chance to pop out head of this French teammate on the timesheets. Fabio Quartararo could actually only ninth fastest in the session. Alex Rins was the third-fastest rider for Suzuki, ahead of Marc Marquez on his Honda and the factory Yamaha team’s Maverick Viñales in fifth.

Karel Abraham had a great session in sixth ahead of Cal Cruthlow and Joan Mir in eighth. Miguel Oliveira managed to bump Valentino Rossi out of the top 10.

Ultimately, those times won’t affect the running order in Q2 as nobody was able to do a time better than the low 1m31s and high 1m30s run in FP1 and FP2. That’s not to say nobody was pushing hard. Marquez, who suffered a massive crash on Friday ran off twice in the wet conditions while trying to find the limits.

Viñales and Dovizioso also had run offs, but thankfully all riders managed to stay upright during the Thailand GP FP3. It was only in the final moments of the session that Dovizioso jumped to the top. Rins went to second between Morbidelli and Dovizioso as the chequered flag flew, and Dovizioso took the top spot in the session.

Replays showed Dovi running through the water off the back of a curb during the lap and it looked like might see his time erased, but ultimately escaped sanction and retained top spot on the official results sheet.

Jorge Lorenzo fans will be encouraged by his 15th fastest time, albeit under mixed conditions. His 1m40.866s lap was within a second of Joan Mir in 8th but a long way off Dovi’s 1m36.250. The top three riders in the session were strung out time wise with Marquez and Viñales nipping at their heels.

The 6, 7, and 8th placed riders were all in the 1m39s, and then there was a gaggle of 7 riders in the 1m40s with Lorenzo last of those. The next set of riders were a few tenths back, all running in the 1m41s and bookended by Francesco Bagnaia and Danilo Petrucci.  Andrea Iannone will be frustrated with his result in third last. Aleix Espargaro failed to set a representative time in the session and finished three seconds behind his brother Pol.

If it rains in the race, the pace of the trio at the front may prove worrisome to the rest of the grid.