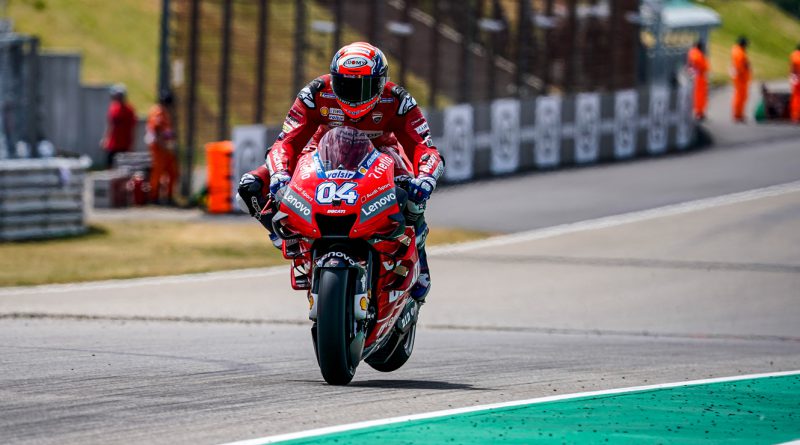 The MotoGP world championship continues, and after Brno, the Ducati Team is back on the RedBull Ring track for the race in Austria.

For the Ducati Team the Czech race saw Dovizioso on the podium and Petrucci finish in eighth place. Andrea rode a consistent race, and despite the variable weather conditions during the weekend he was able to maintain a competitive edge throughout. Unfortunately, Danilo paid for the fact that he was unable to find an optimal setting on Friday, so a track with long stretches of wet asphalt on Saturday meant entering the race with a bike that was not perfectly configured, affecting the final result.

For the fourth consecutive year MotoGP competitors will spend a few days on the RedBull Ring, a circuit in Austria that has only great memories for all Ducatistas. In fact it was precisely on this track in 2016 that the Ducati Team achieved a double win, marking a return to success after a long drought. Iannone and Dovizioso dominate d the weekend, riding their Desmosedici GPs to first and second place. The next year Doviziosounderscored the superiority of the Desmosedici GP on Austrian soil with a splendid victory, sprinting past Marquez. In 2018 it was Jorge Lorenzo’s turn, leaving behind Marquez and Dovizioso.

Three editions of the Austrian GP, three Ducati victories with three different riders at the RedBull Ring. It is therefore a track that is quite favourable to the bikes from Borgo Panigale, thanks to the violent accelerations imposed by the curves, where the V4 engine is able to express its full potential. Obviously the shape of the Austrian track can’t provide any guarantees of victory for the Ducati bike, and, even if the advantage of its aerodynamic configuration has gradually diminished in recent years, this remains a track where the Bolognese MotoGP is certainly within its comfort zone. Attention will also be focused on the other Ducatis in the race given the competitiveness of the Ducati bikes in Austria, and we are sure that Miller – who earned a spot on the podium at Brno – and Bagnaia will be capable of offering performances that are equal to the best on the track.