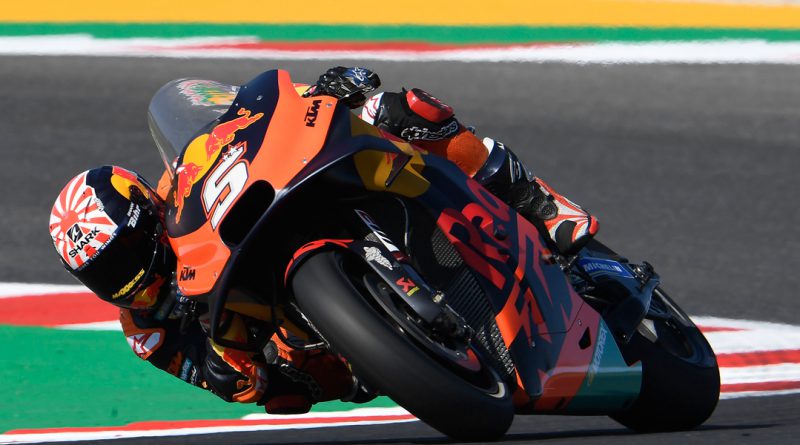 Johan Zarco and Joan Mir topped the Q1 pack and have earned their pass into Q2 ahead of the San Marino GP.

Pramac Racing rider Francesco Bagnaia missed his invite by a .003s as he finished third.

Although Ducati rider Andrea Dovizioso made it into Q2, teammate Danilo Petrucci struggled to find grip in the corners, resulting in disappointing seventh place.

Aprilia’s Andrea Iannone did not participate in Q1 after a triad of crashes across four of his free practices. This is the home race for both him, and Aprilia.

Miguel Oliveira finished Q1 in ninth, hampered by pain that kept him off the pace despite reporting good feedback from his MotoGP bike.

Jorge Lorenzo finished his day in eighth spot after front end issues cut his FP3 session short and a frustrating FP4 that saw him in 21st place.