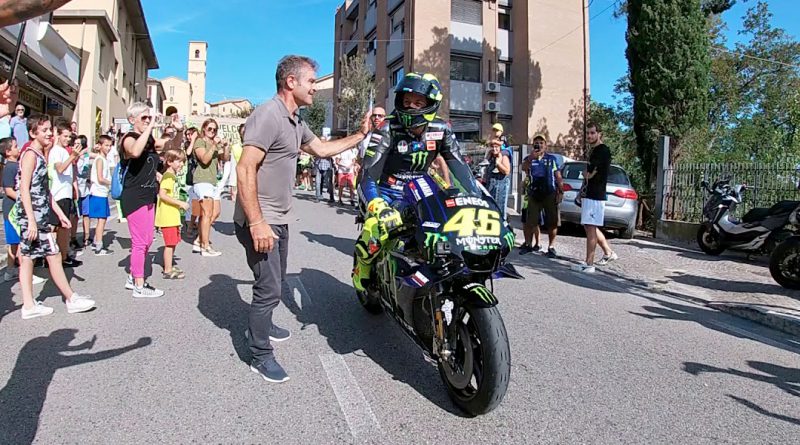 It’s not every day that Valentino Rossi gets to ride his MotoGP Yamaha M1 on public roads, but then again not every race weekend is located just outside his hometown of Tavullia, Italy – fortunately Misano is a short ride away.

Just outside of Tavullia lies Valentino’s Moto Ranch where he hosts the VR46 Riders Academy. The ranch is a facility for upcoming riders to train with and compete again Valentino himself on a private flat track. Countless riders have attended the camps and thousands more dream of the opportunity. So it’s fitting that Valentino would wake up at the Ranch and take the M1 for a spin on public roads as he rides to ‘work’ at Misano.

When Valentino Rossi arrived at Misano on his Yamaha M1, they asked the multiple time MotoGP World Champion about his ride and the experience and here’s what he had to say:

“Today was a dream come true because I rode my M1 through the streets of Tavullia, through the places where we grew up.. and it was very, very funny but the bike was fantastic on the road. Maybe a little too much horsepower but it was a lot of people and a lot of fun and I enjoyed it a lot”