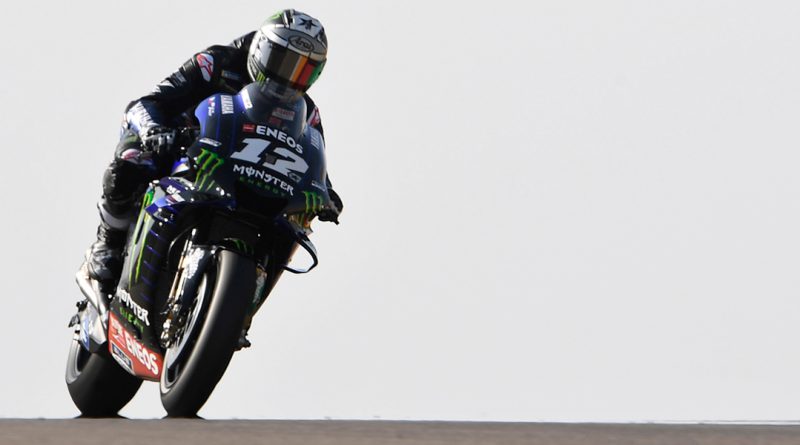 It was Maverick Vinales who topped the charts to at the 2019 AragonGP FP2 session. Leading the way for Yamaha, Maverick clocked in his best run of 1:48.014 with Rossi and Fabio Quartararo close behind with 1:48.071 and 1:48.117 respectively.

Marc Marquez finished the session in fourth after a casual crash in Turn 8. In traditional Marquez form it was a well controlled low-side with every intention of trying to catch grip to flip the bike back up.

Pol Espargaro topped the charts for KTM, finishing the 2019 AragonGP FP2 session in fifth place with a 1:48.392. As for the new KTM rider Mika Kallio, his first time out since replacing Johan Zarco, he finished ahead of the other two satellite KTM machines of Miguel Oliveira and Hafizh Syahrin – an impressive start with the team.

And although Jorge Lorenzo has made some improvements, being just 1.6 seconds off the leading pace, it’s admittedly still strange to see him at the back of the pack.

That rounds up the 2019 AragonGP FP2. Stay tuned for more updates throughout the weekend!