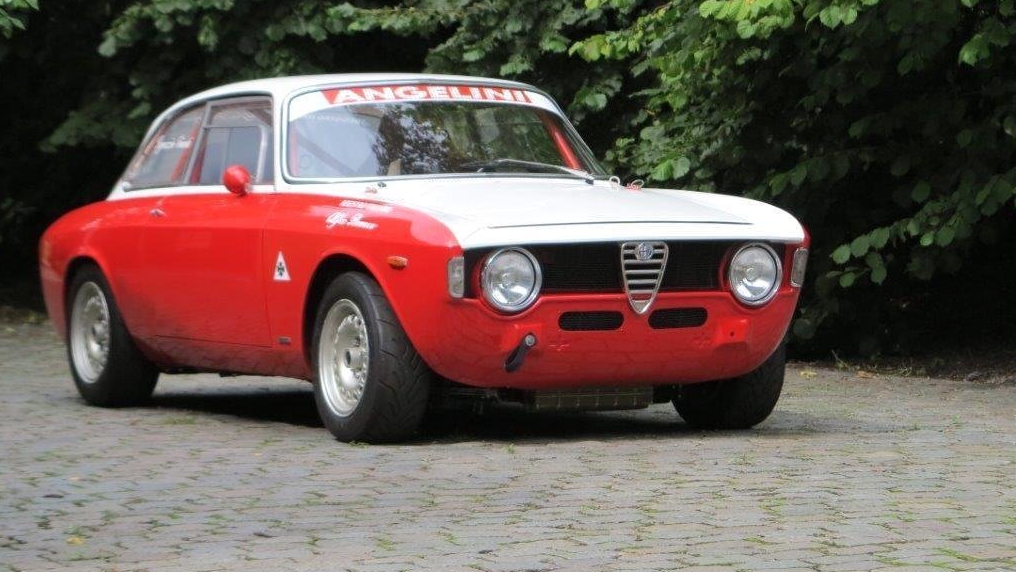 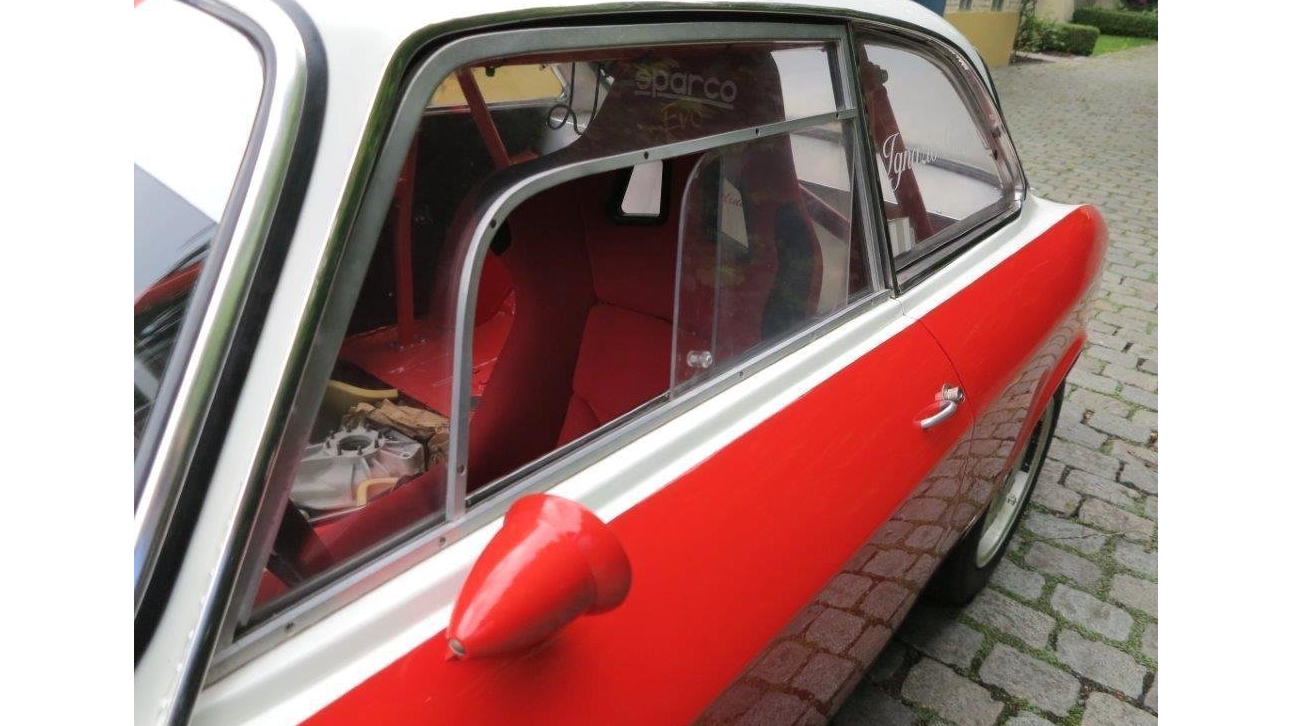 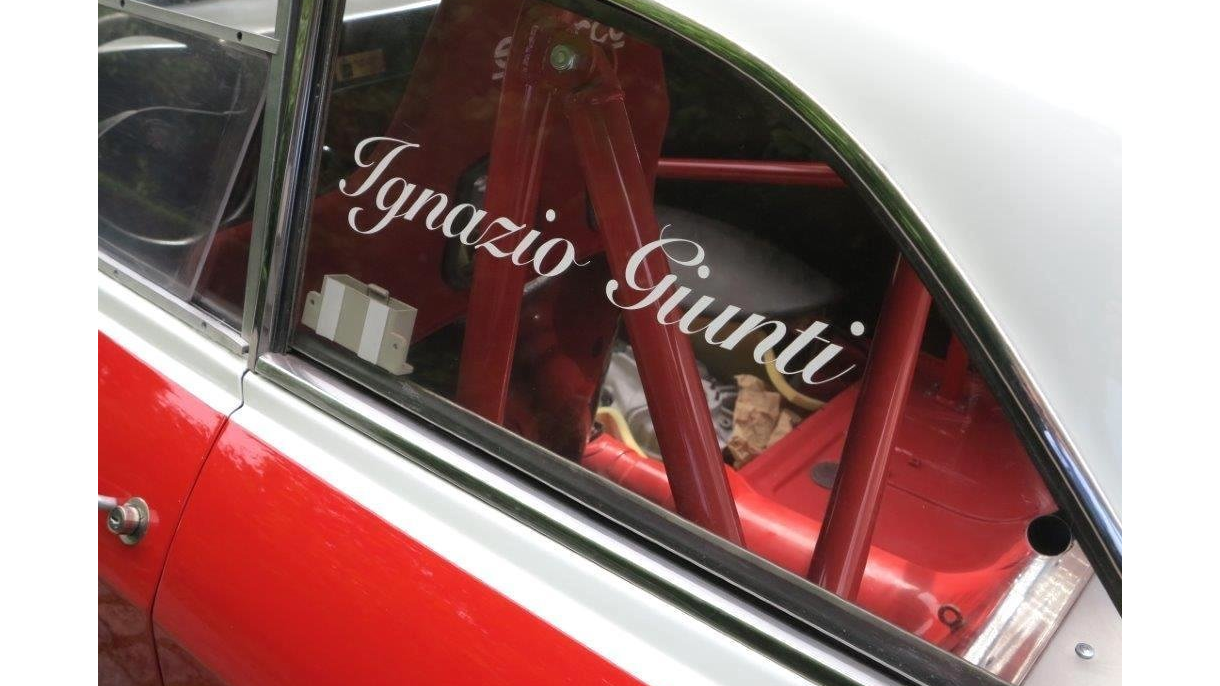 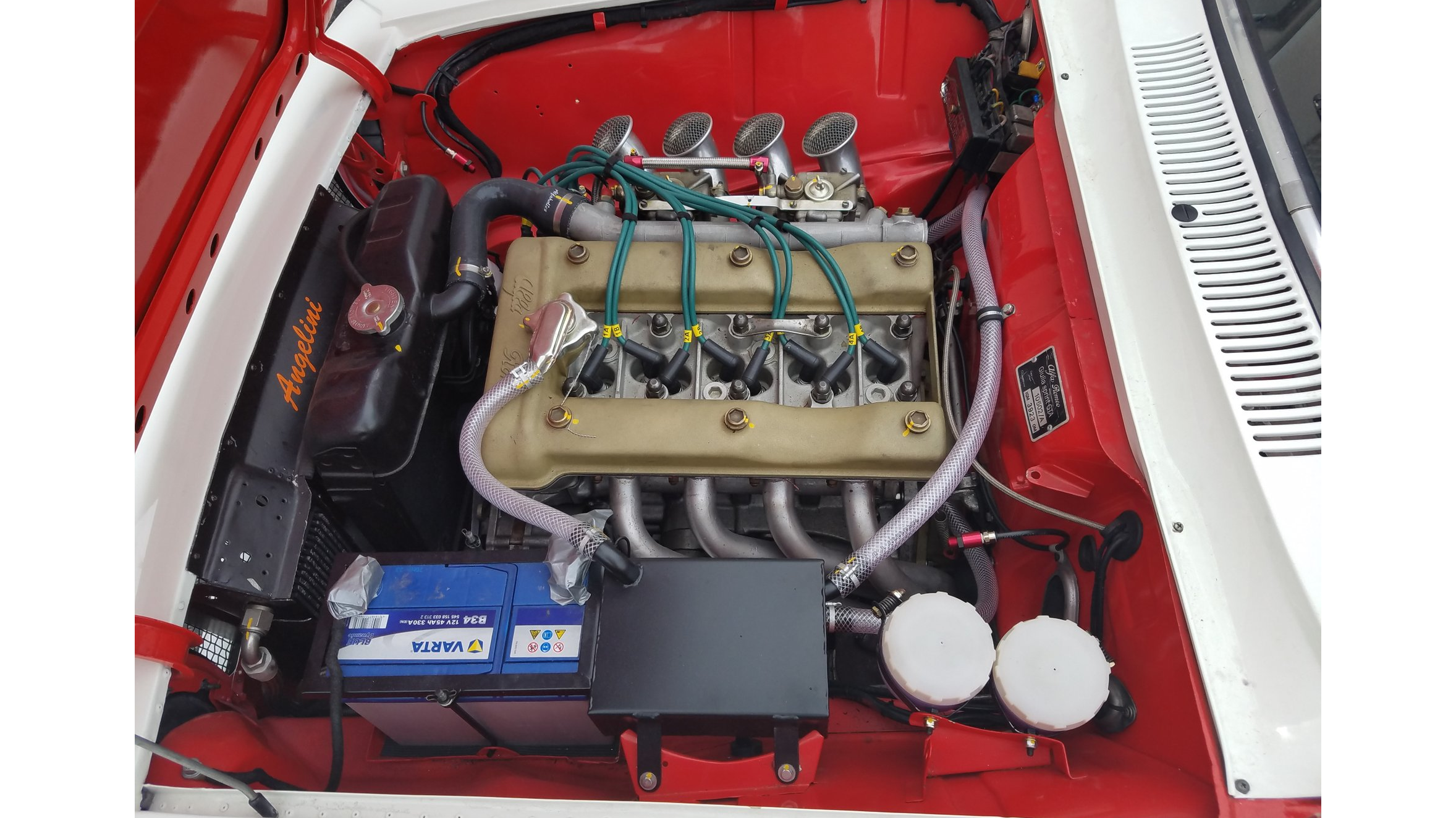 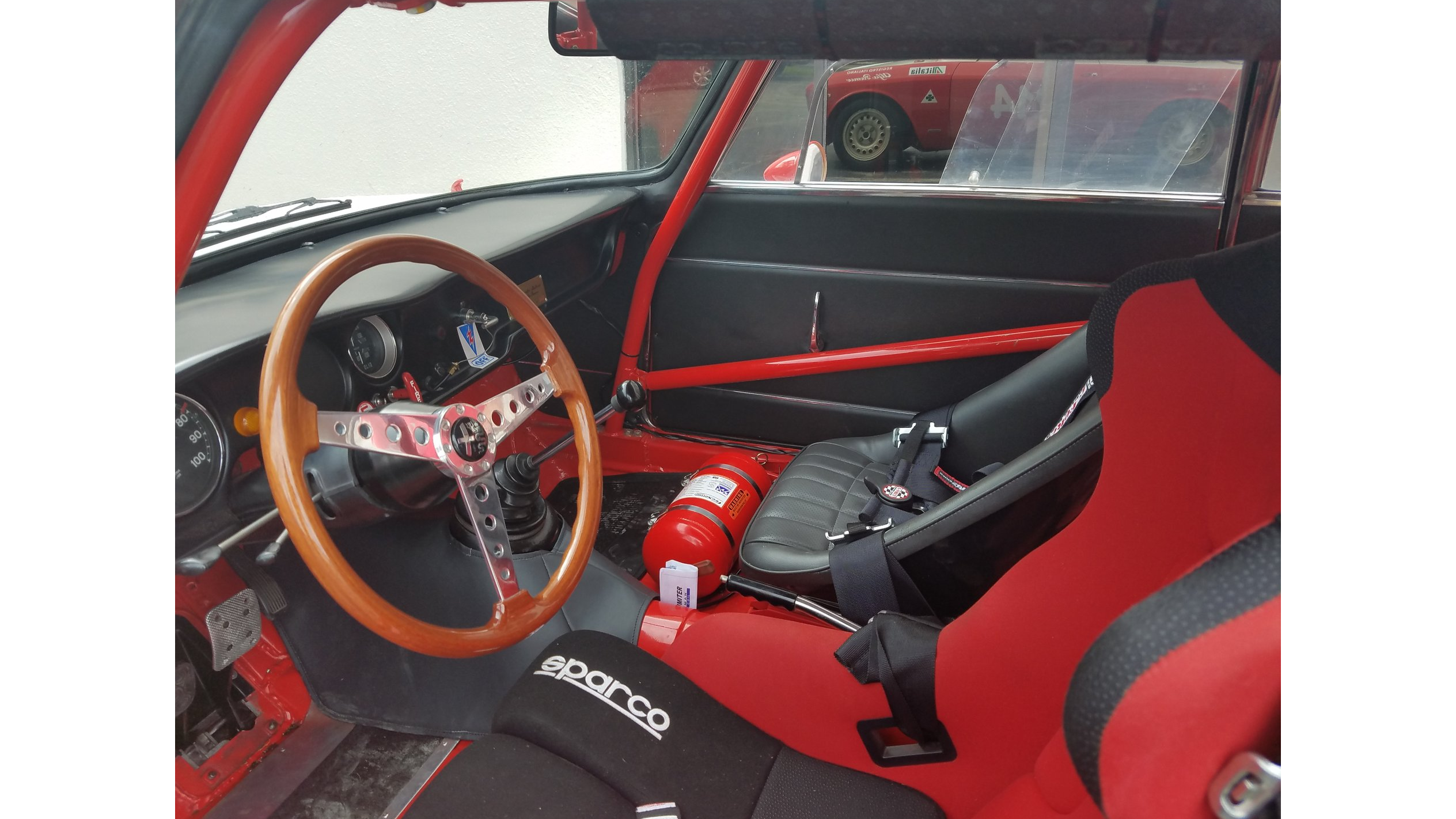 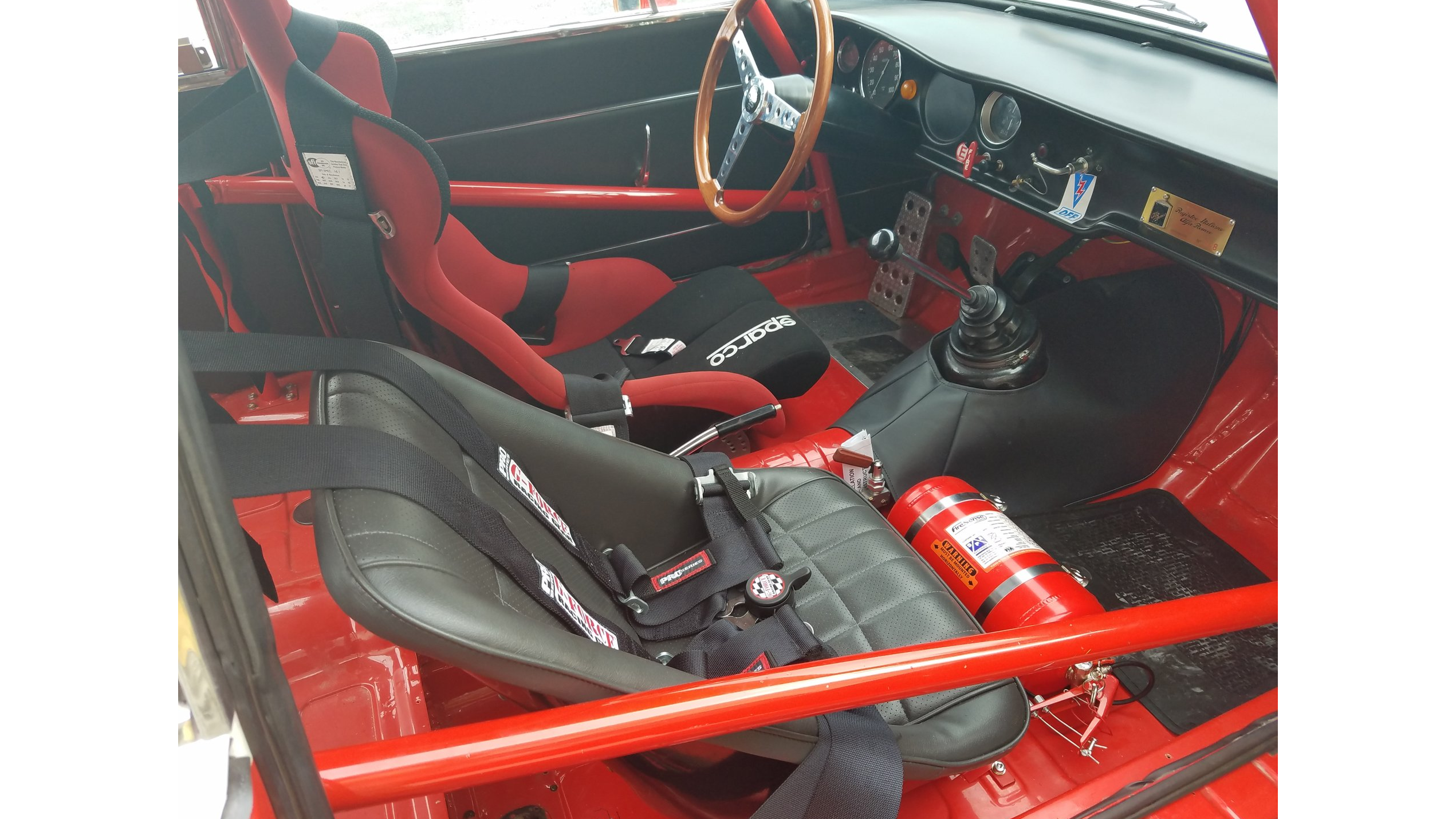 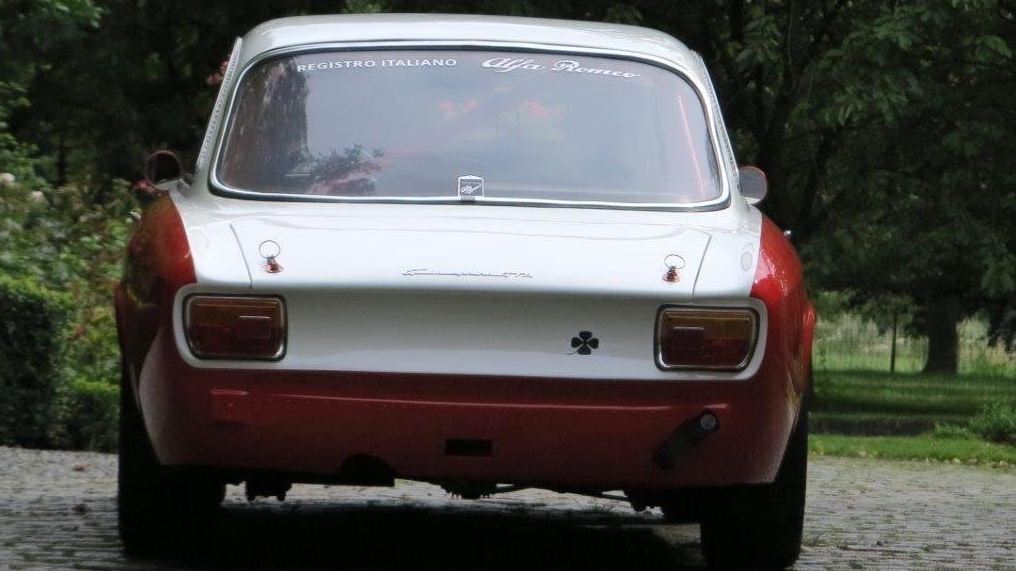 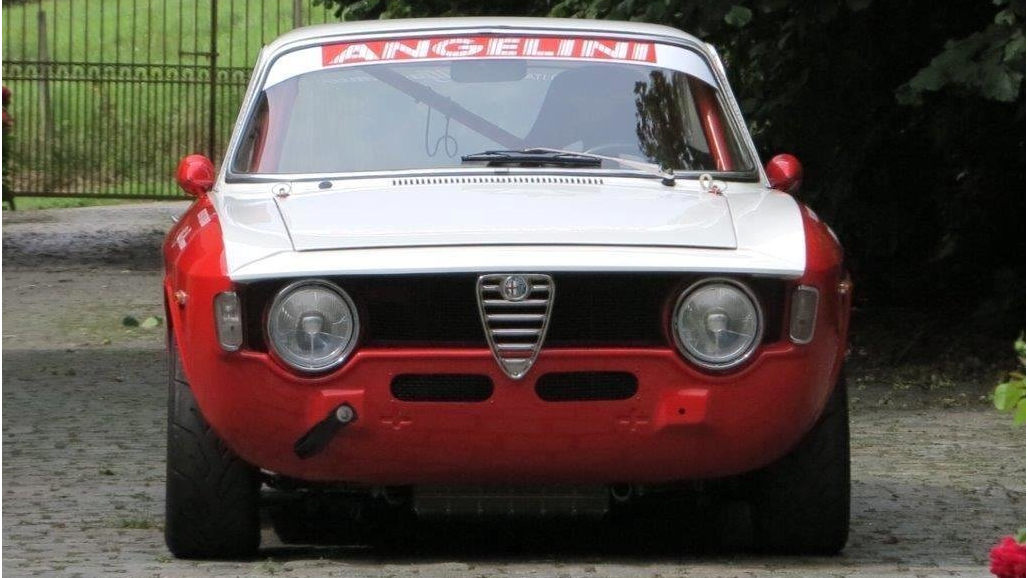 An Angelini car.
A veteran of over 200 races.
Ready to be driven and be competitive in any of the important Historic events such as Le Mans Classic, Goodwood, and the Tour Auto. Qualified for all historic races.

In 1965 Alfa Romeo and its racing arm Autodelta introduced its new entry to the European Touring Car Championship. The new GTA or Gran Turismo Alleggerita was a comprehensively modified production Giulia GT and homologated by the FIA with approximately 500 examples completed. Wearing a full aluminum body and replete with the latest performance modifications developed by Autodelta , including twin plug cylinder head and magnesium everywhere, earning its appellation “Alleggerita” or light weight. Fast out of the box, Autodelta and many privateers used GTAs to make names for themselves in the racing world both in Europe and in the TransAm series in the US. The drivers who raced and won in GTAs reads like a who's who of competition in the 60's. De Adamich, Kwech, Giunti and Jochen Rindt to name a few.

Manufactured by Alfa Romeo in July 1965 and delivered new to the Senegalese importer, this car (613760) quickly found its way into the hands of Franco Angelini, the well-known and respected Roman Alfa Romeo tuner whose semi works cars were always front runners either harrying or beating the Autodelta cars. One of several GTAs fielded in 1965 through 1967 by Angelini, and retained by him until 1993, it was used by his regular line up of drivers to contest The European and Italian Touring Car Championships, numerous National and local races, and the important Italian and European Hill Climb Championships. Driven by some of the famous names of the era in Italian motorsport; Ignazio Giunti, Aldo Ceruti (“Baronio”), Angelo Pelatelli, Carlo Benelli (“Ricardone”) among others

Finished in its period correct white and red livery that all the Angelini competition cars wore, 613760 is unmolested and shows no evidence of any serious damage. Original and correct in every way for European Historic racing with a fresh 175 HP motor by Montanari and a close ratio gearbox, 613760 is in original specification and comes with a complete history file, FIA HTP (Historical Vehicle Passport), Italian CSAI Logbook and continuous Italian vehicle registrations to its first registration in the name of Franco Angelini. Additionally, a complete sliding block (or “Slittone”) rear suspension system is available for a US based Historic racer. Currently it is running the standard GTA rear end, legal in European events. With little modification, it would make a marvelous car for road tours or Rallyes such as The Colorado Grand or Copperstate 1000.