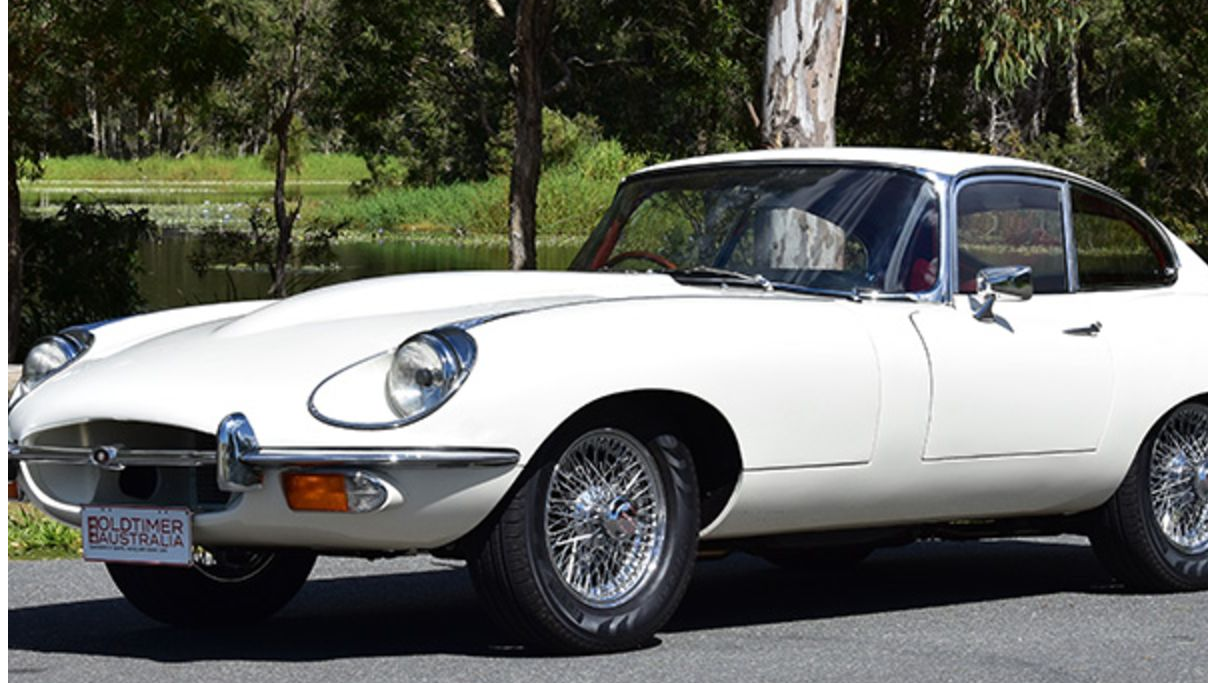 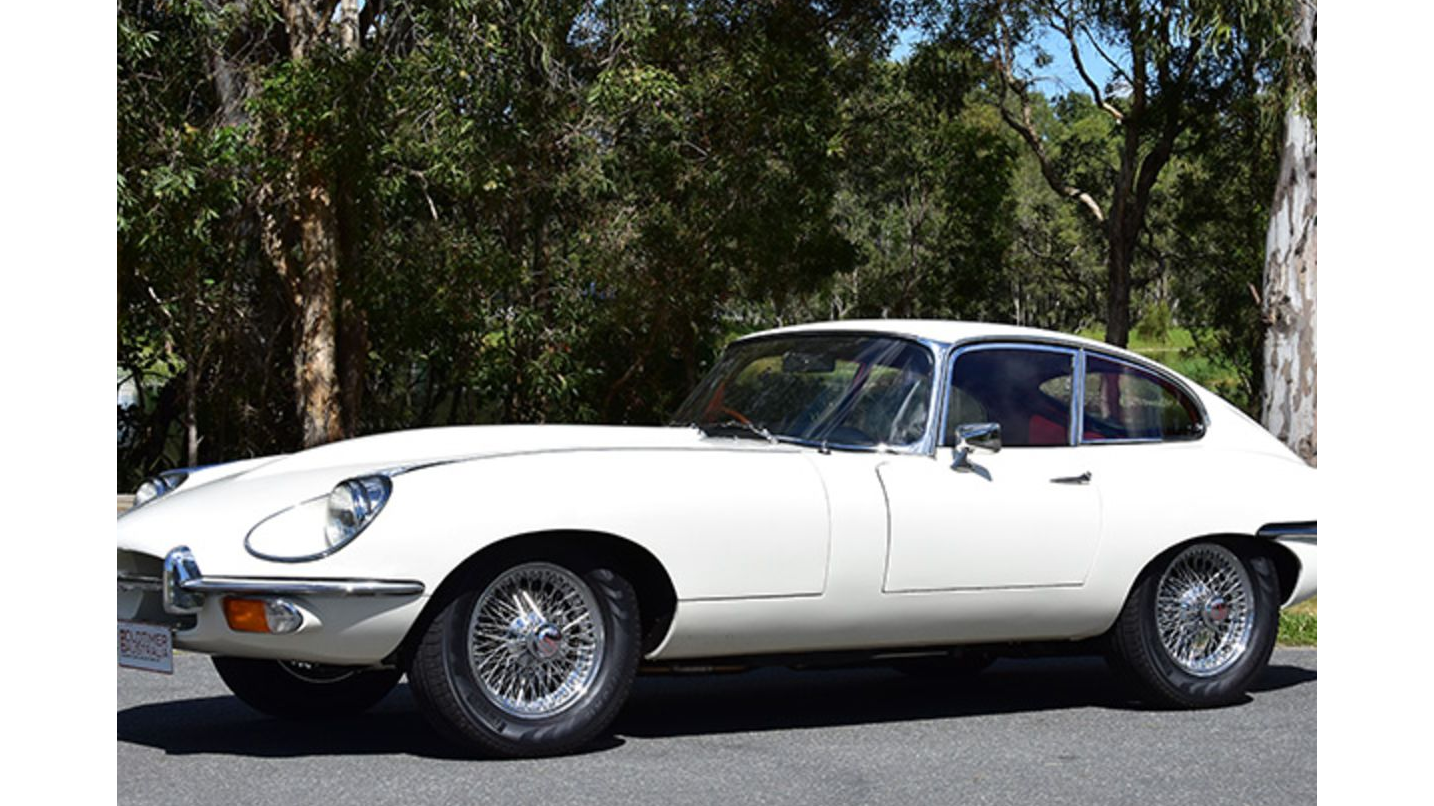 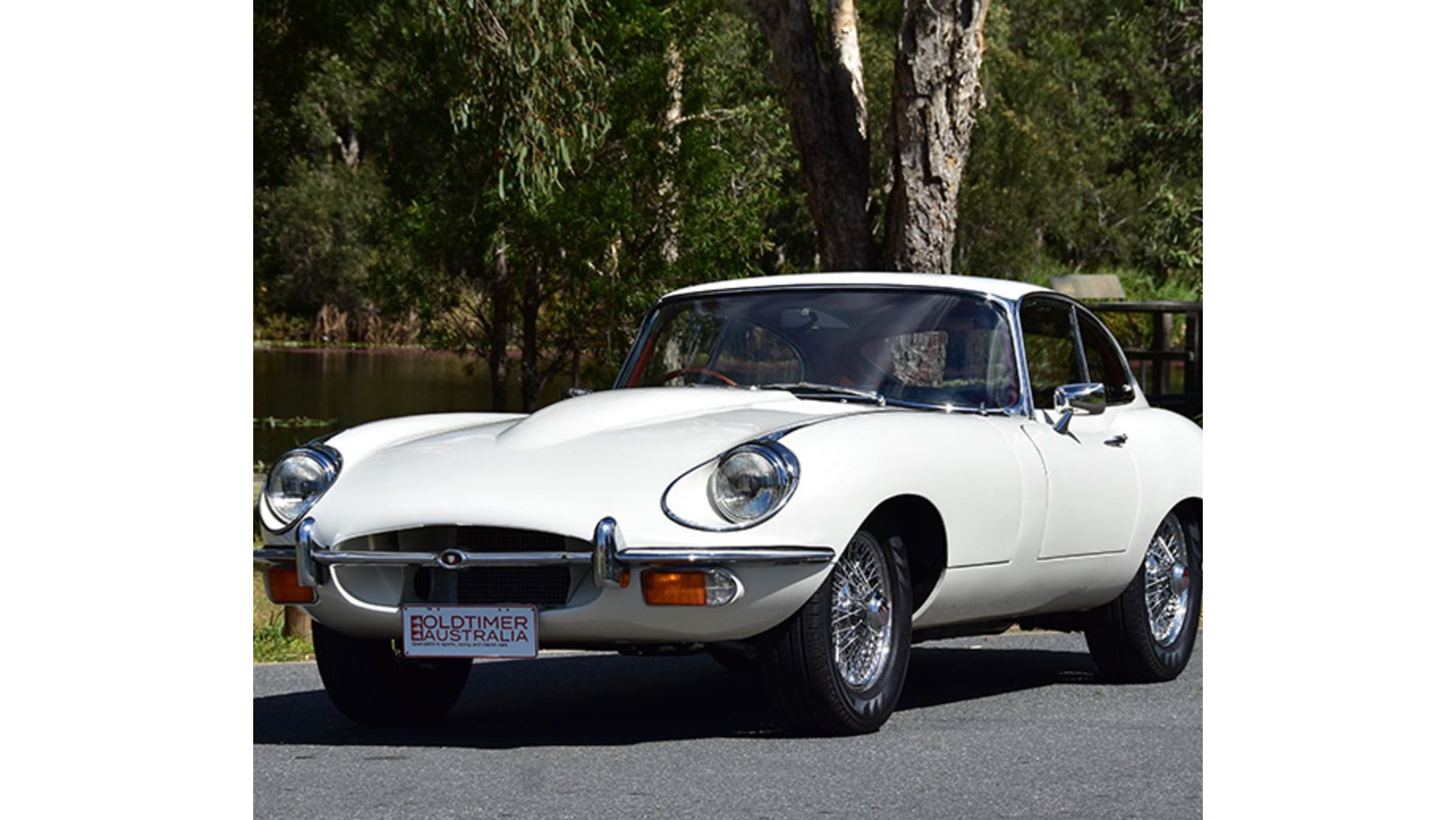 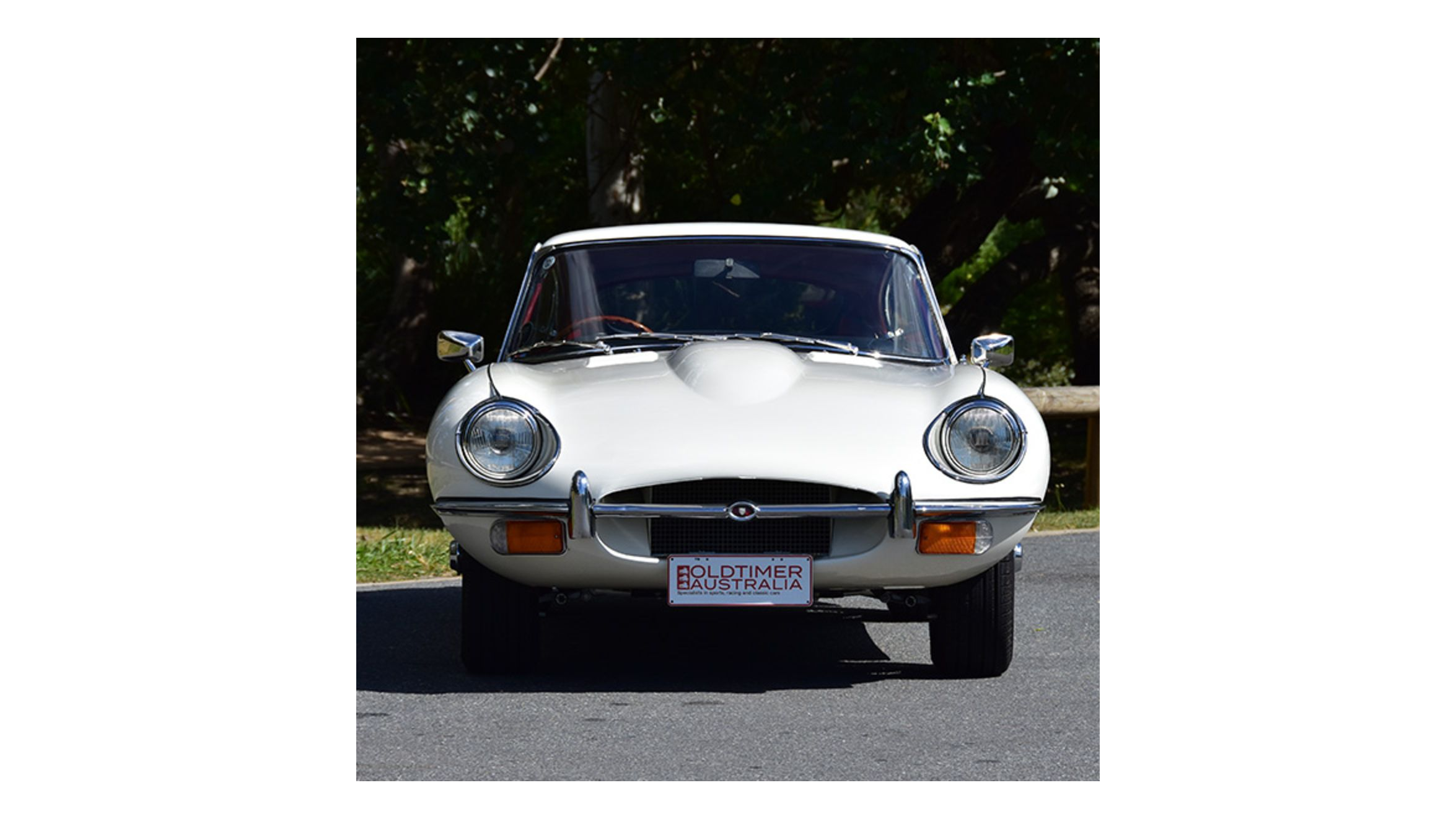 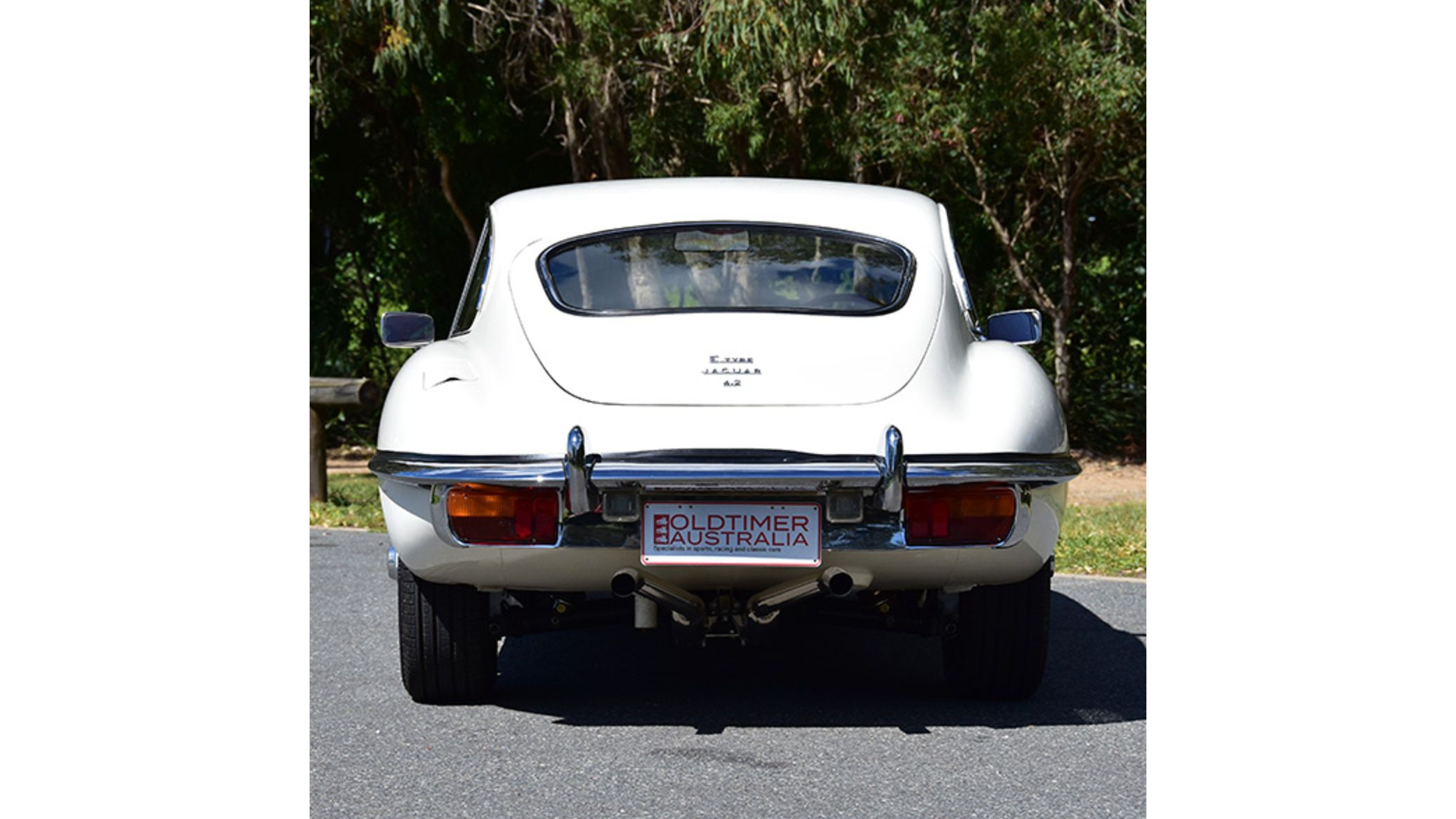 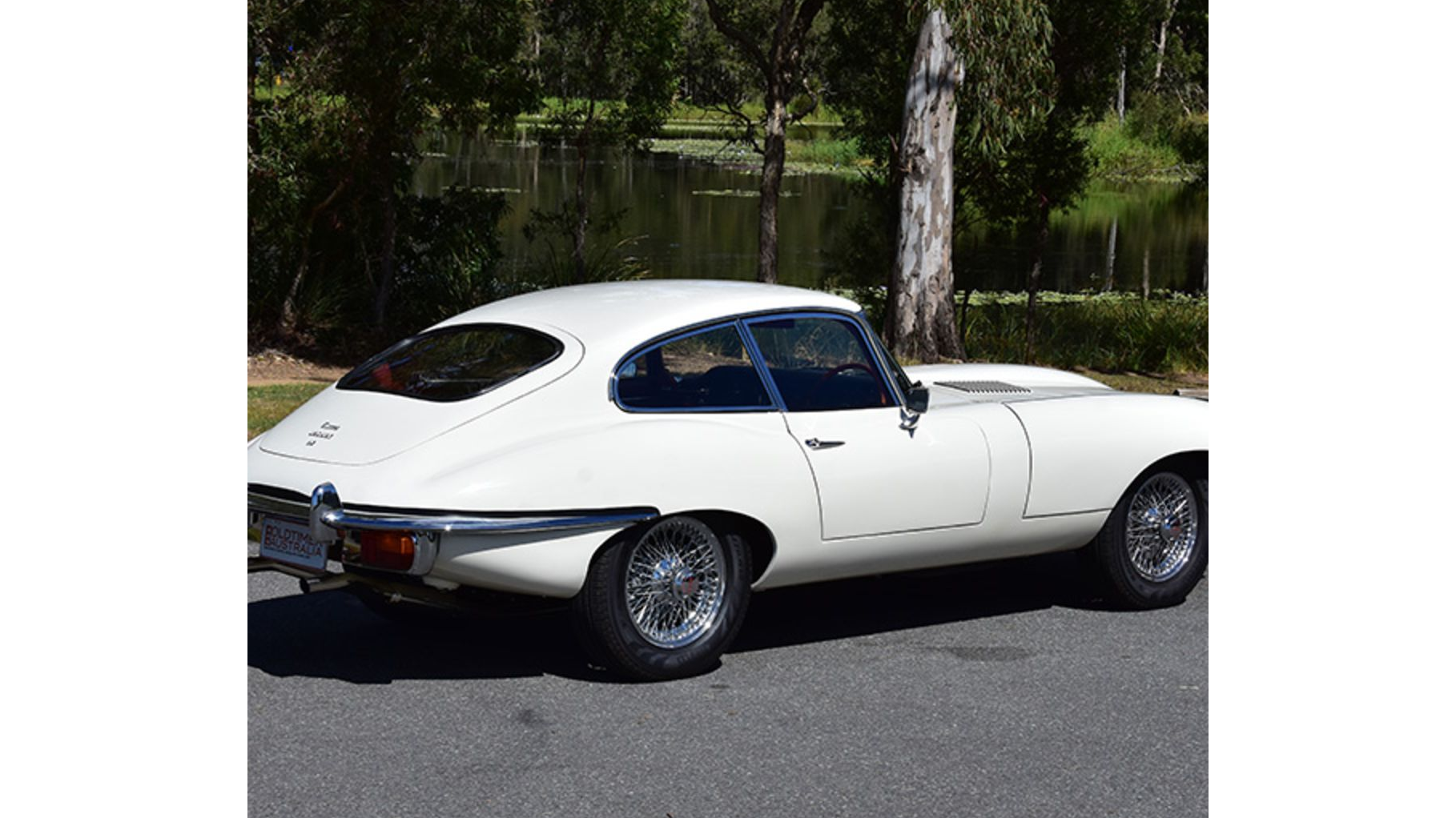 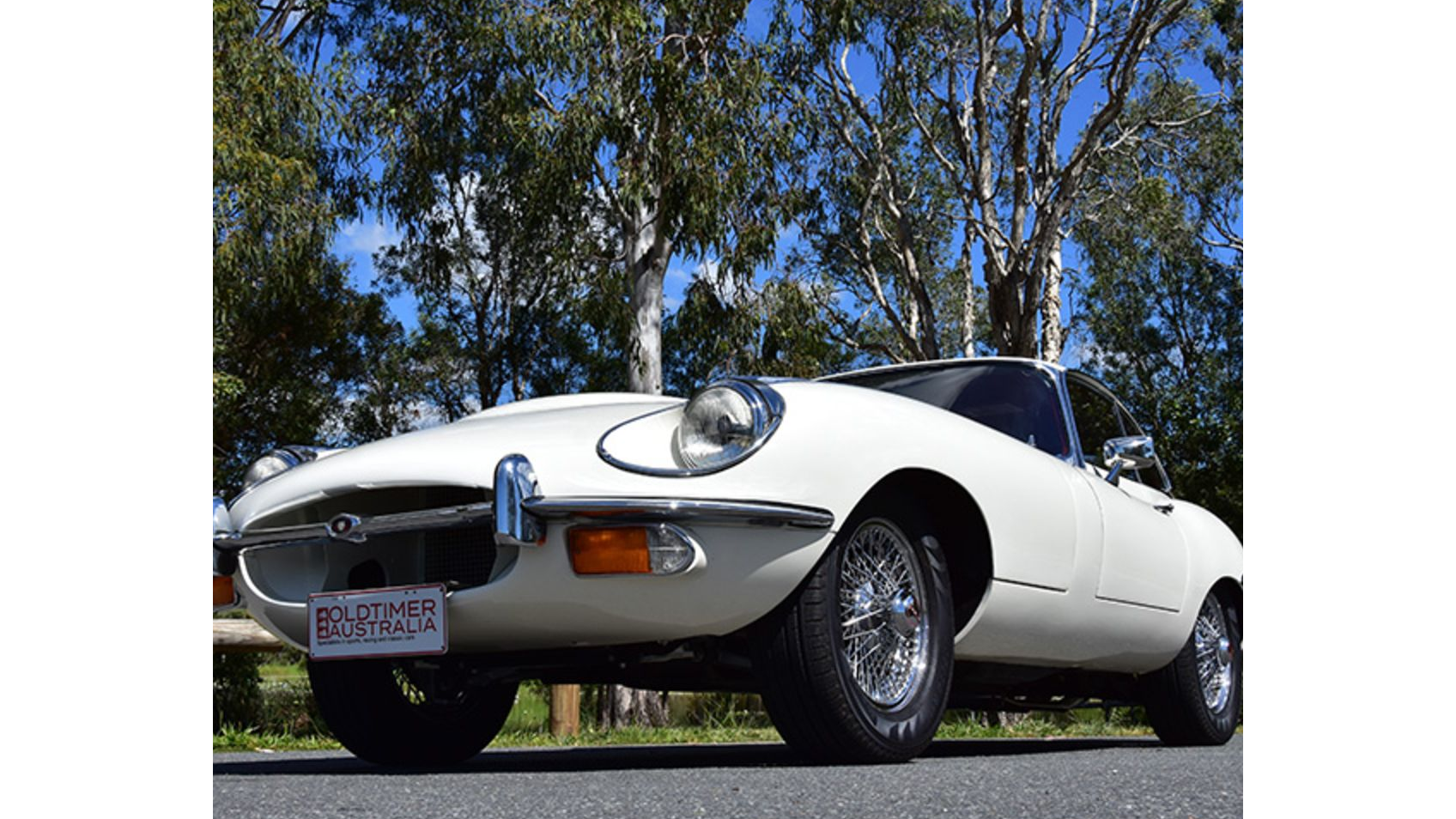 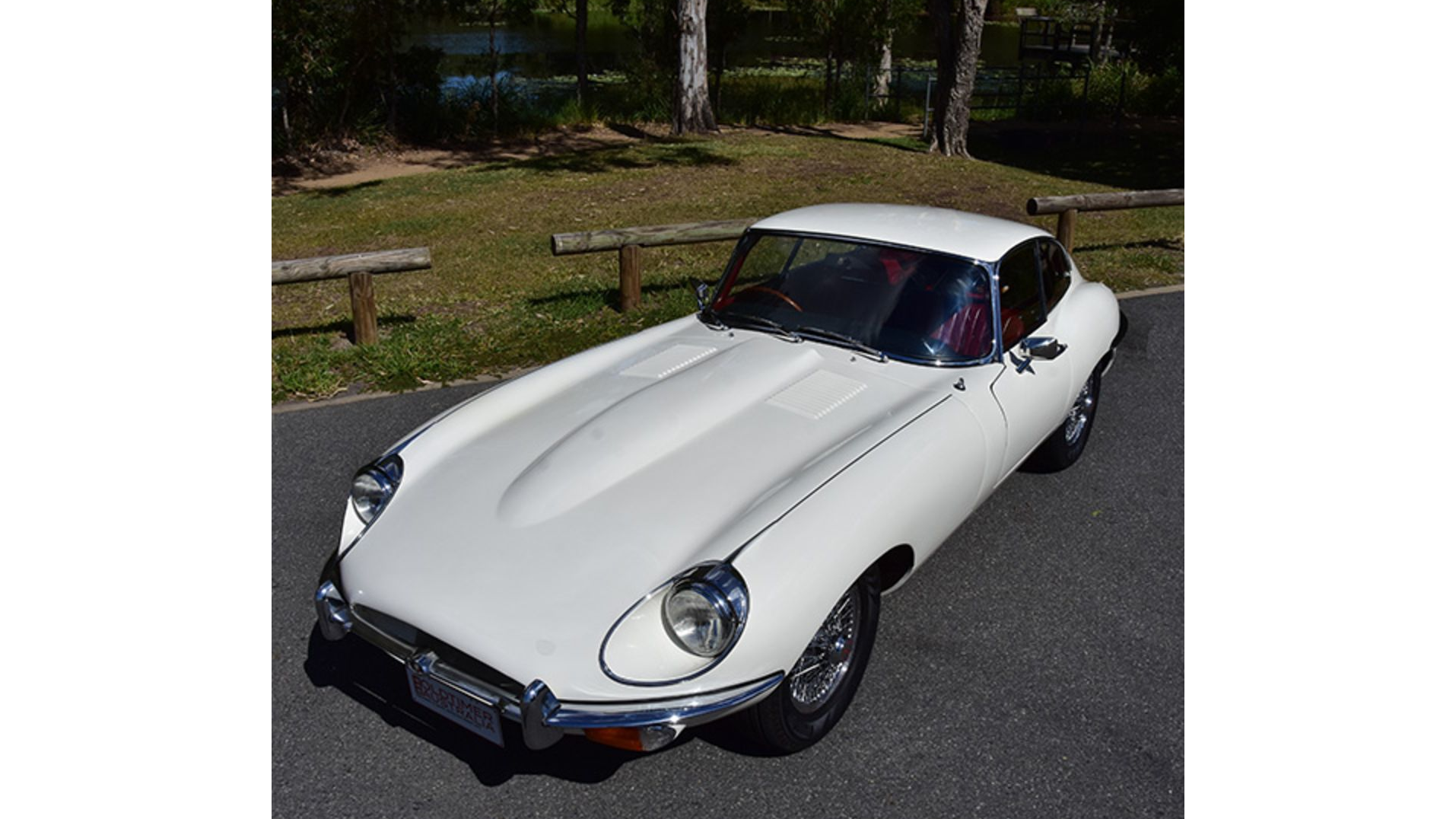 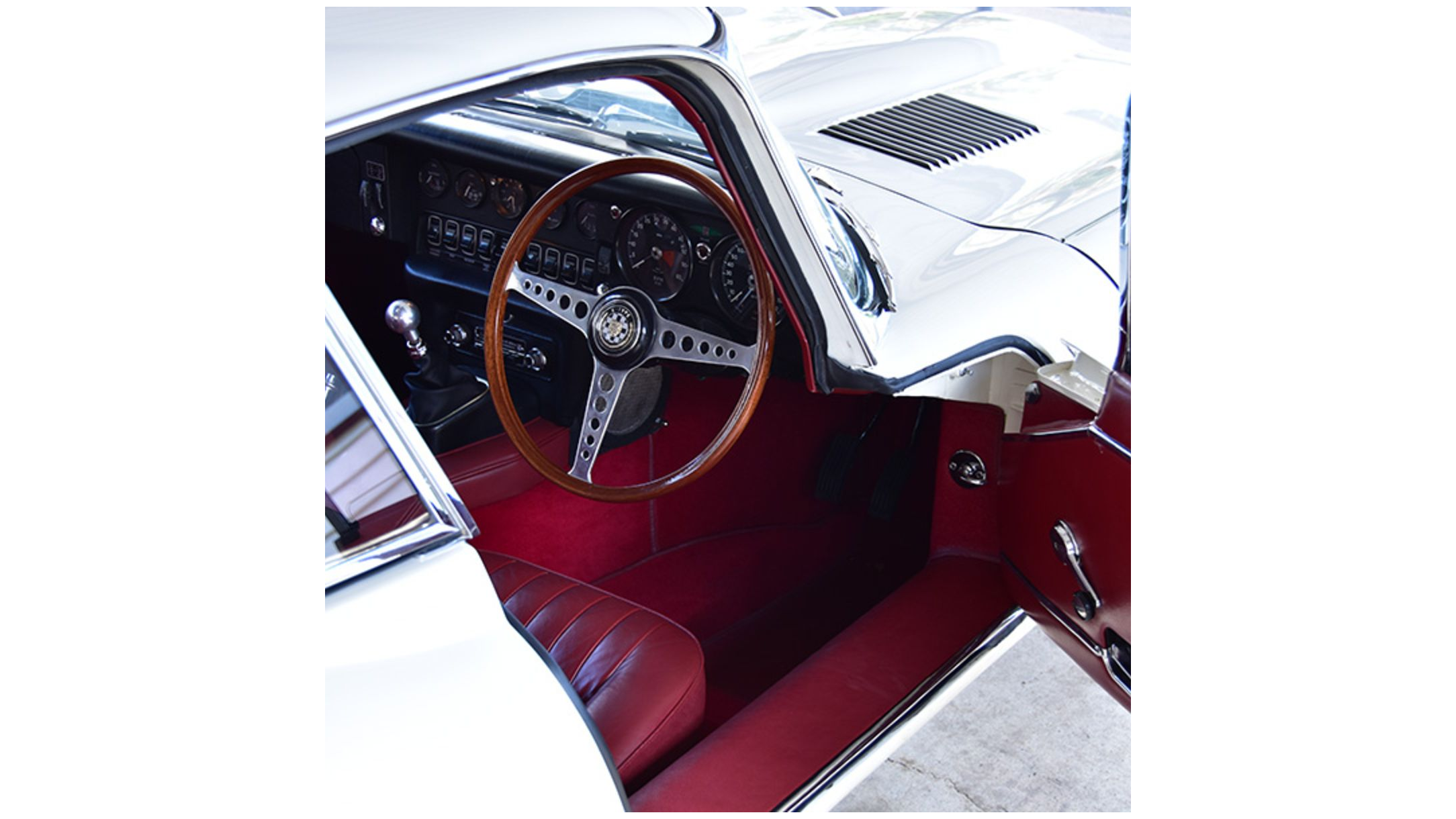 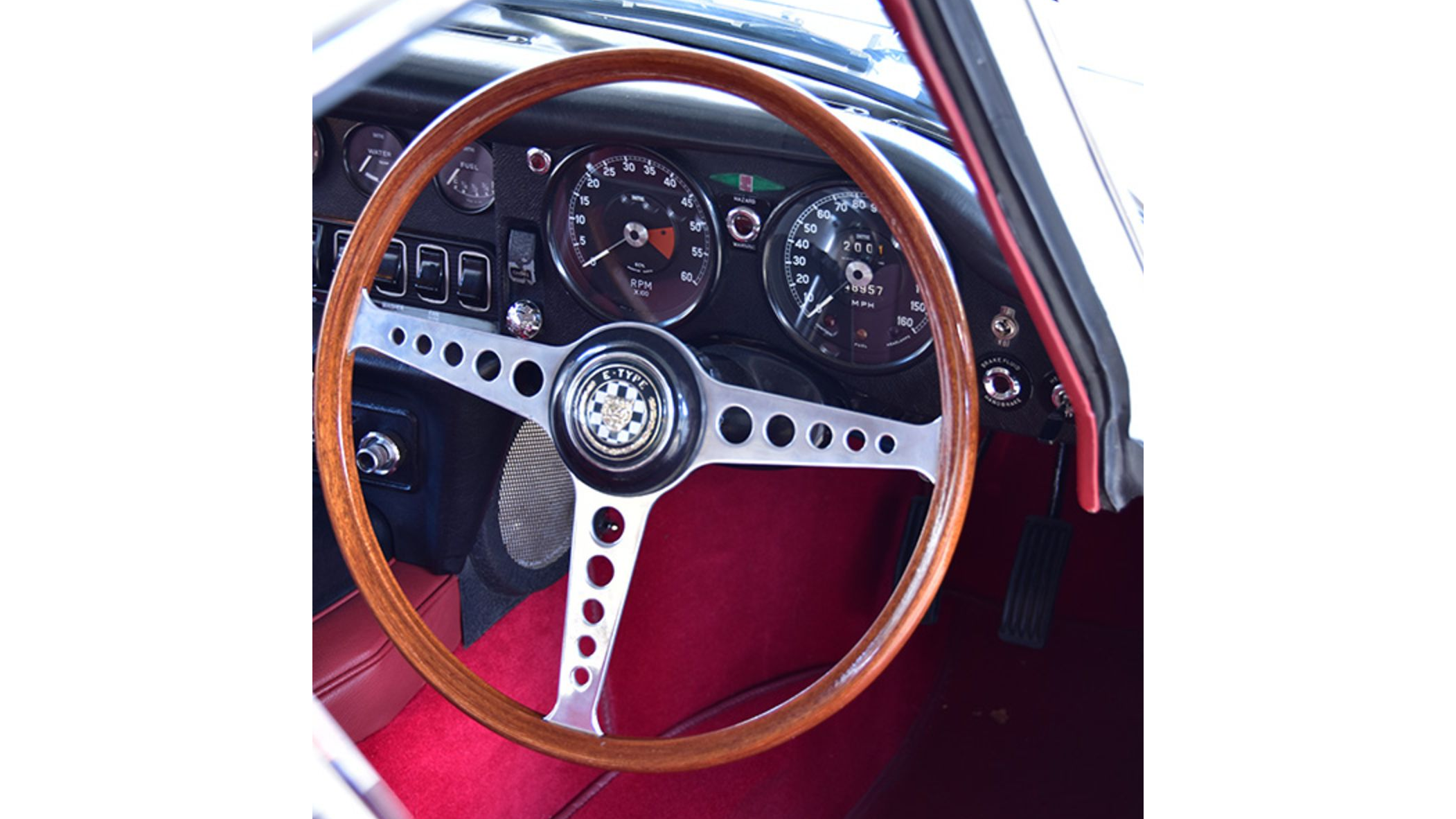 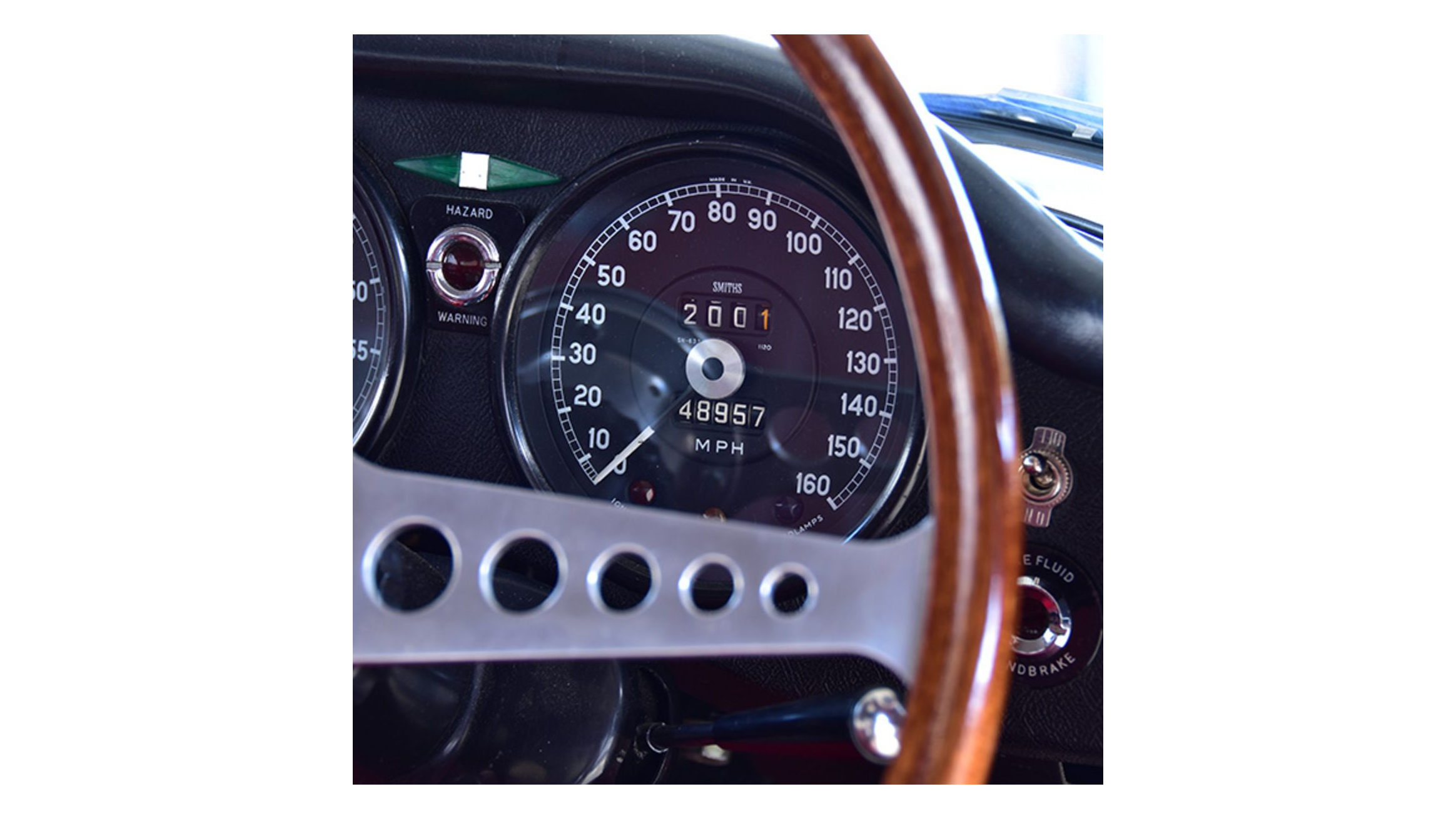 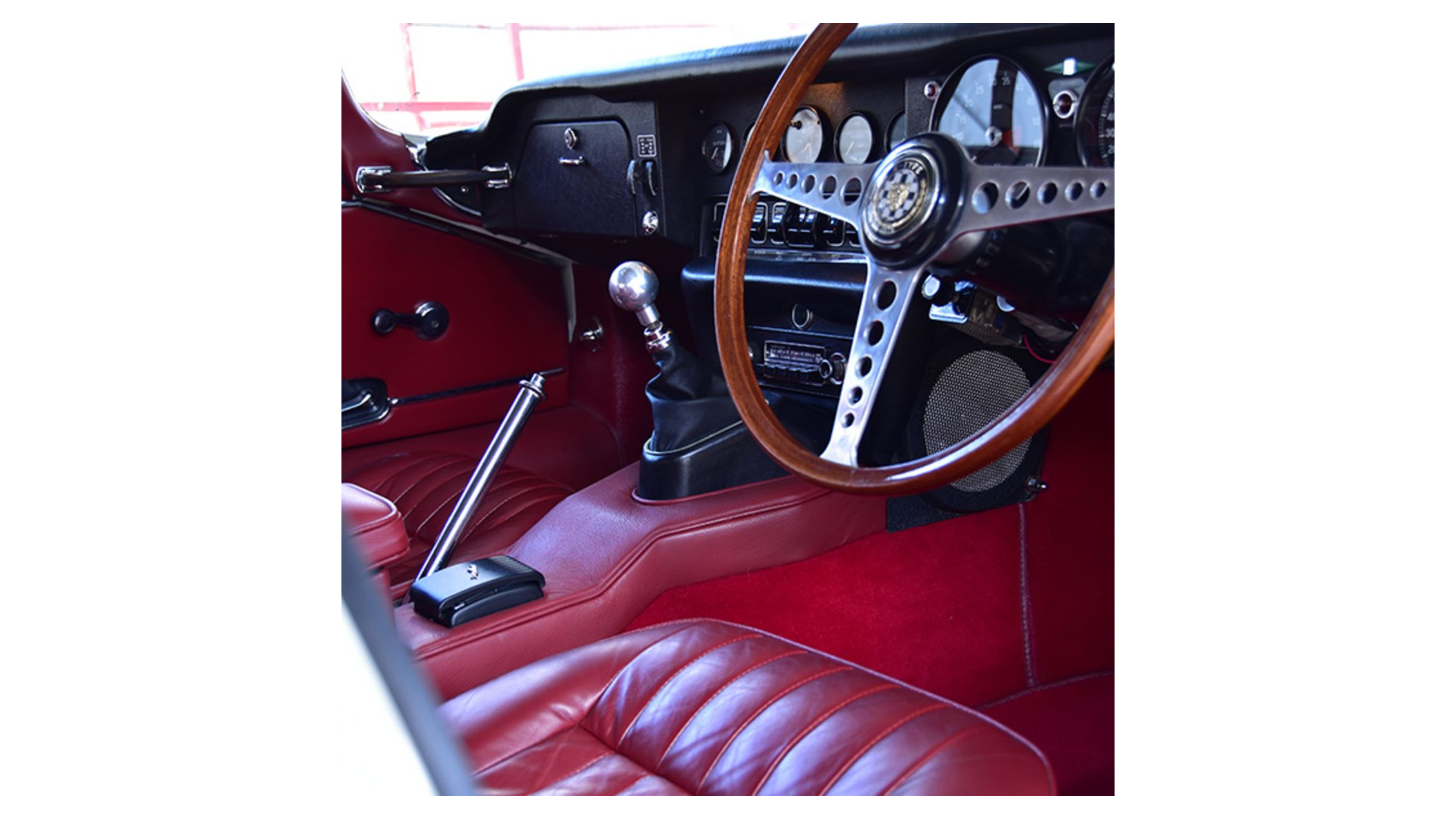 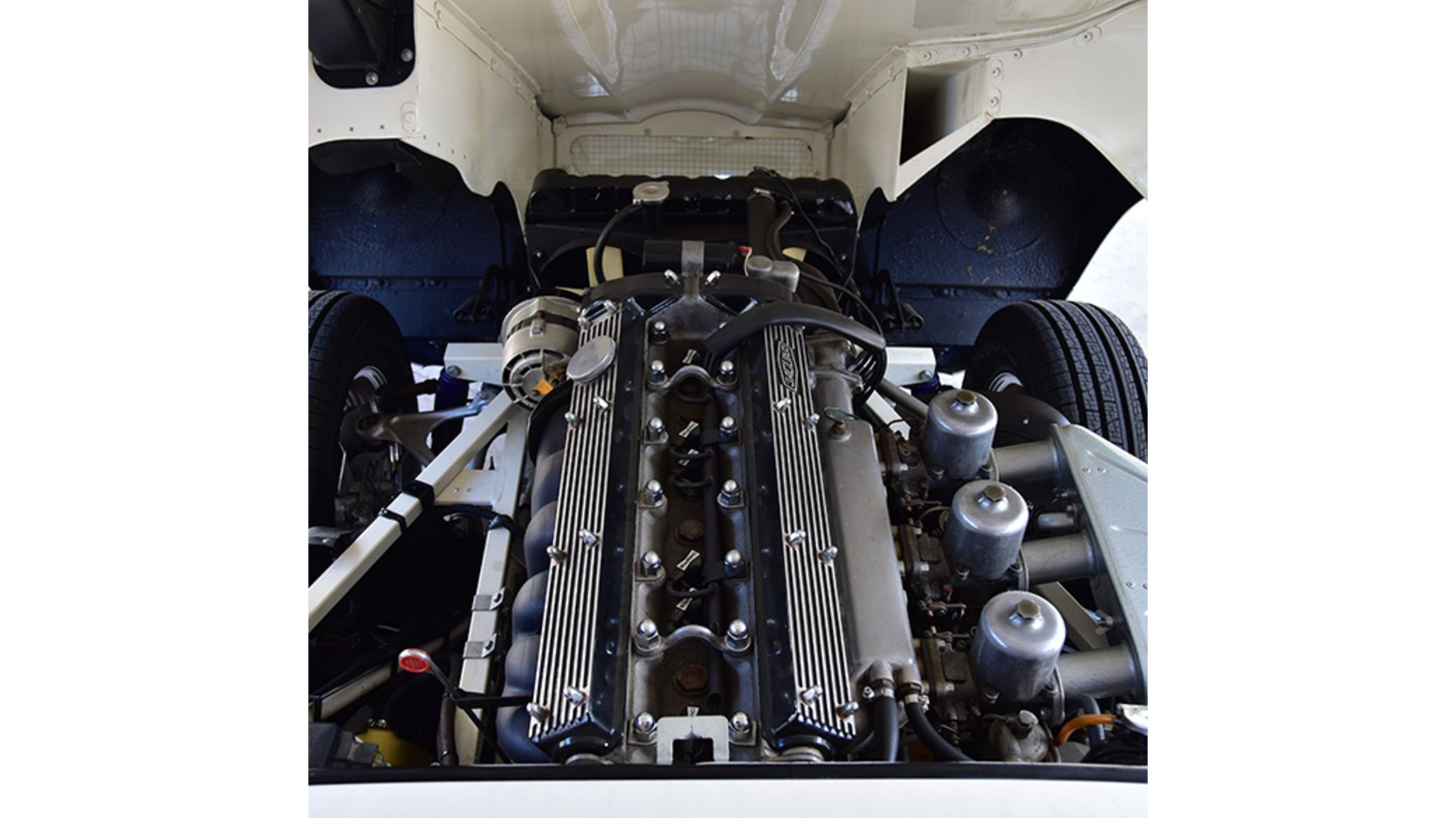 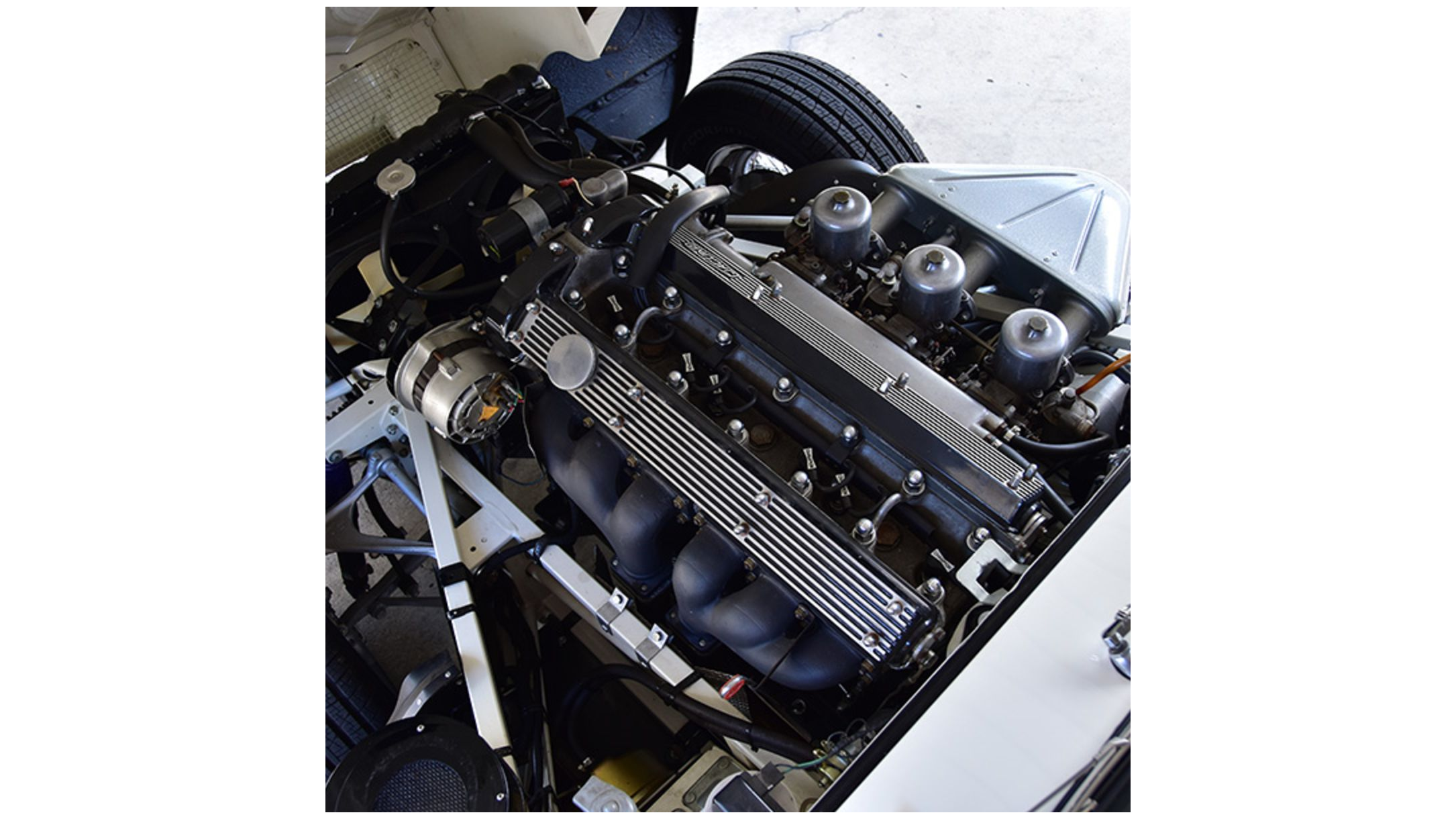 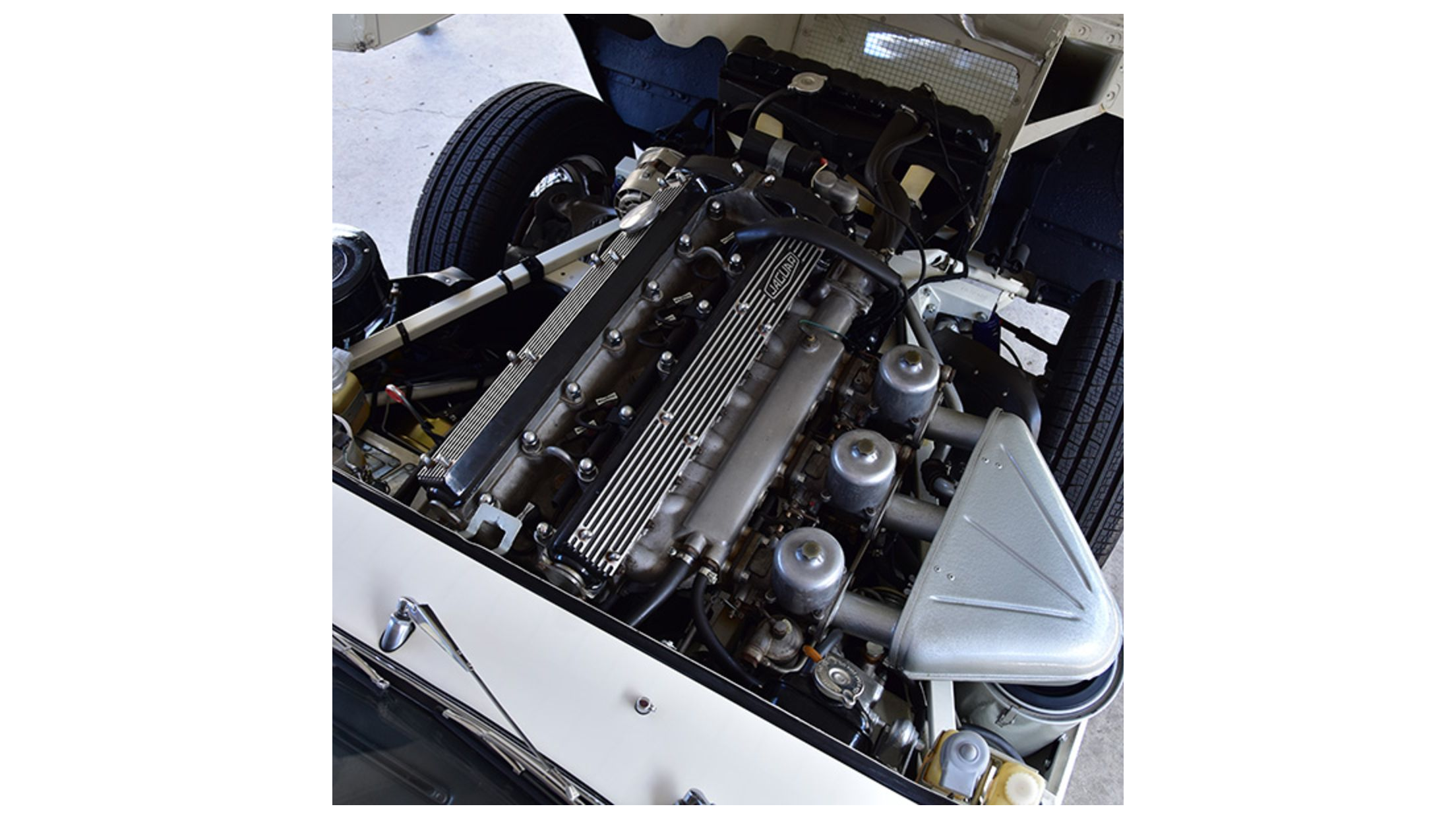 The Swallow Sidecar Company was founded in 1922 by William Lyons and William Walmsley. In 1934 Lyons formed SS Cars Limited to effectively take over the operation from Walmsley. The SS brand was quite successful, though they had a reputation for having ‘more show than go’. The Jaguar name first appeared as a model name on an SS 2½ Litre Sports Saloon introduced in 1936. For political reasons, Lyons changed the name of his company to Jaguar Cars in 1945.

The SS100 built between 1936 and 1941 is today regarded as one of the great pre-war sports cars, however, it was the launch of the legendary Jaguar XK120 at the London Motor Show in 1948 that really put Jaguar on the map. The car caused a sensation, which persuaded Jaguar founder and design boss William Lyons to put it into production. The XK120 morphed into the XK140 and ultimately the XK150 and in total, just over 30,000 cars were built over 15 years of production.

In 1961 at the Geneva Motor Show Jaguar introduced the E-Type, which like the XK120 all those years ago, took the motoring world by storm. The body styling was simply gorgeous and technologically the E-Type was an engineering masterpiece and it set new standards in all areas.

Whilst automotive styling is somewhat subjective the E-Type is often ranked atop lists of ‘the most beautiful cars’ and in fact it has been described by Enzo Ferrari as ‘the most beautiful car ever made’. And it’s not just about the looks as the E-Type is often at the top of other lists such as ‘the best sports car ever built’ or ‘the most significant cars’. It is truly a motoring icon.

As a testament to the success of the E-Type, production evolved through three series from 1961 until 1974 during which time circa 70,000 cars were built.

We are delighted to offer for sale a factory right hand drive, Australian delivered 1968 Jaguar E-Type Series 2 Fixed Head Coupe. The Jaguar Heritage Certificate on file confirms this factory right hand example was manufactured on the 4th December 1968 with a date of despatch of 2nd January 1969. The original distributor is noted as Bryson Australia; however, the original dealer is not noted. The car’s original colour scheme was cream with a red interior.

This car has a known history dating back to 1974. Registration documents from 1974 confirms this car was owned by Colin M Nettle from Rio Vista, QLD. The car was registered as PWR 997.

On the 31st of January 1976, Mr. Nettle sold the car to Leslie and Martin Vincent from Campbell, ACT. They kept the car for more than 25 years, eventually selling it to the current owner in 2004.

During the next 15 years, the current owner has spent a significant amount of money taking this Jaguar E-Type FHC to the next level. The first major job was completed in 2007. Wilkin Auto Body Shop in Coopers Plains stripped the body back to bare metal, repaired some sections and repainted the car in its original cream colour. There are photos on file showing the work done.

Over the next ten years, the owner enjoyed his E-Type until in 2016/2017 when a major mechanical refurbishment was done. This time it included replacing the front sub-frame with a new one sourced from E-Type Fabs LTD, Darlington, UK, replacing the gearbox with a T5 5 speed gearbox sourced from Classic Jaguar in Austin, Texas, all engine ancillaries were overhauled, electronic ignition was fitted, suspension rebuilt, braking system overhauled and more. Over $40,000 was spent on the car. Everything that needed to be done was done!

Today this E-Type presents and drives beautifully. It starts easily first time and immediately settles into a smooth idle. First impressions are that the engine sounds ‘sweet’, and it is! After letting the car warm up it’s time to hit the open road. You are immediately impressed by the throttle response and overall drivability of this car. The five-speed gearbox is a great addition and makes this E-type a perfect cruiser. All of the controls are firm but light. The engine is incredibly responsive and the car ‘just wants to go’! This is obviously a well sorted E-Type that could easily be used as a daily driver!

The overall presentation of the car is a credit to its current long term fastidious owner – it is excellent! Whilst painted 13 years ago the paint work is still fresh. It carries a strong depth of colour with a high gloss. You have to look pretty hard to find any blemishes. The panel gaps are exceptional for an E-Type and all of the rubbers are like new. The overall condition of the external trim, chrome and glass is consistent with the rest of the car – it is excellent. The chrome wire wheels, a real feature on any E-Type, are also in excellent condition.

The red interior is a perfect colour contrast for the cream exterior. The cabin of this car is clean and fresh. All of the dash, instruments and controls are in excellent condition and a real feature of this car. The engine bay is also exceptionally clean and well presented.

There are books (including an owner’s manual), an excellent history file, the original gearbox, tool kit and jack that will accompany the car.