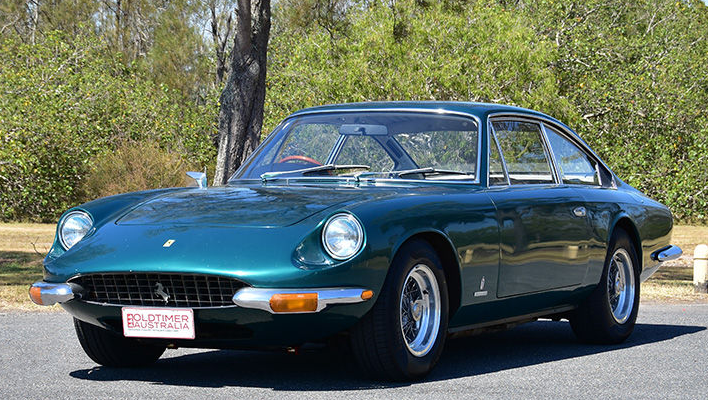 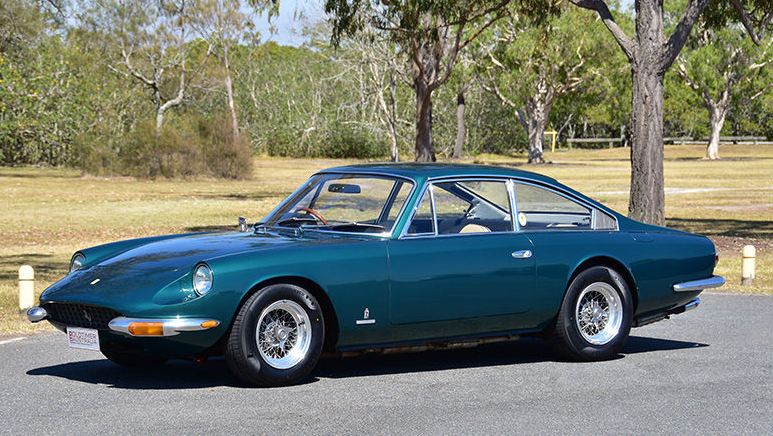 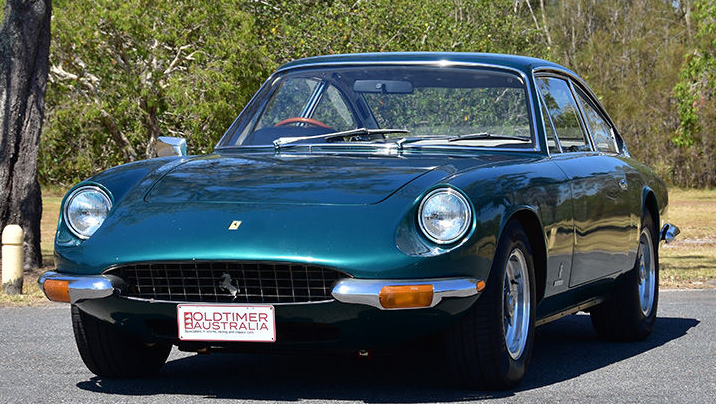 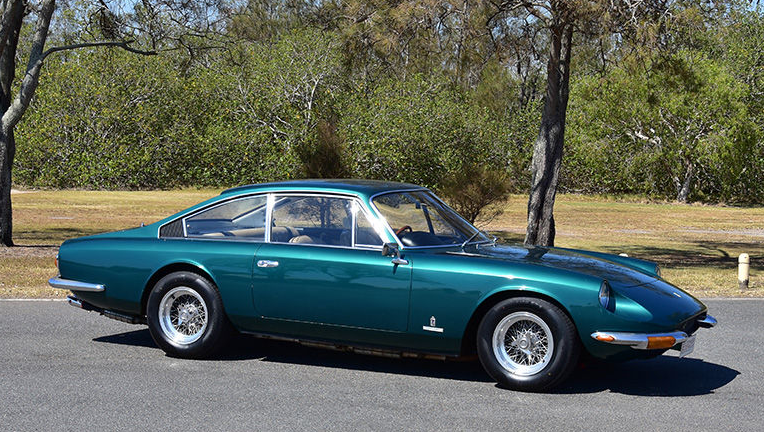 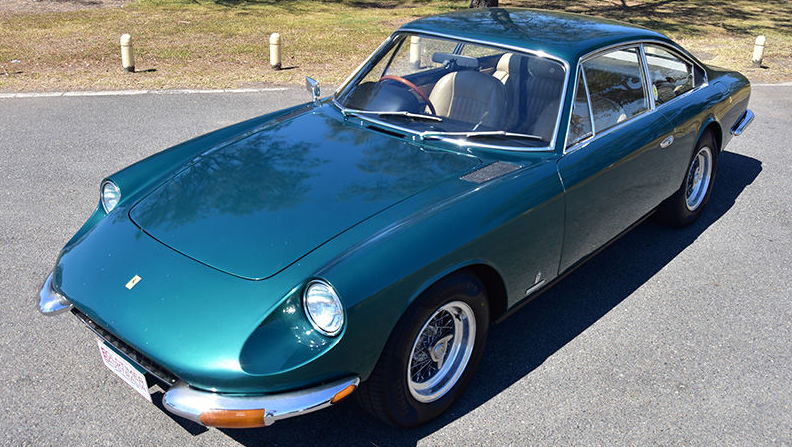 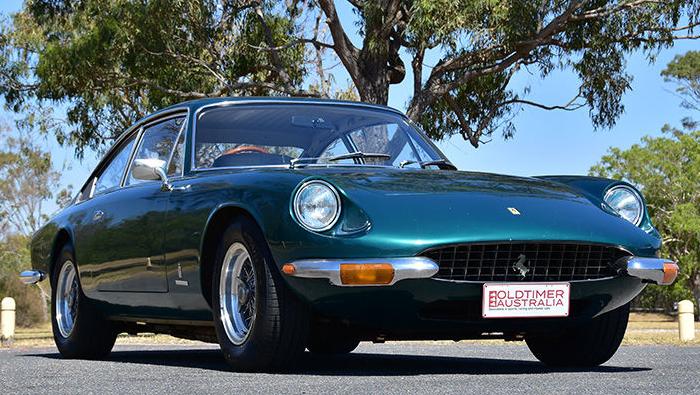 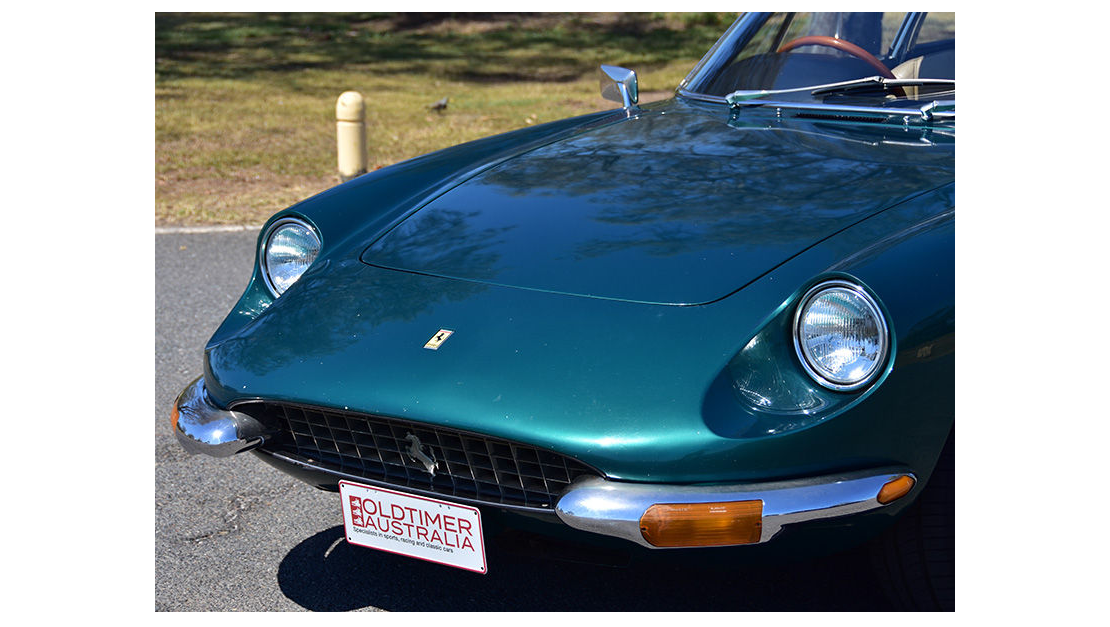 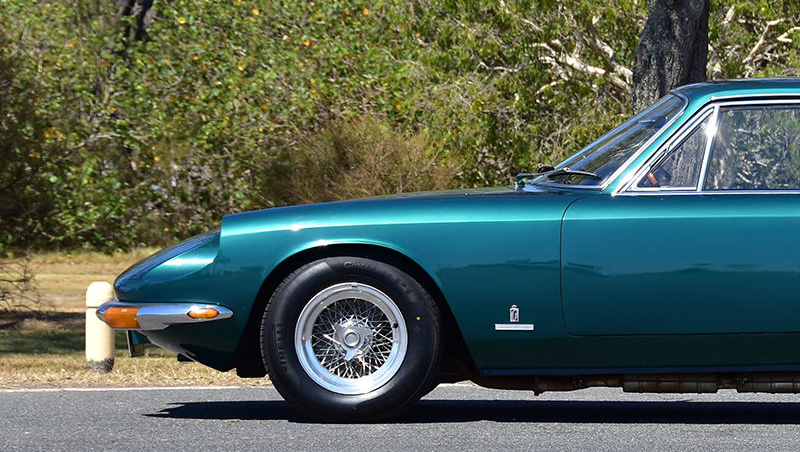 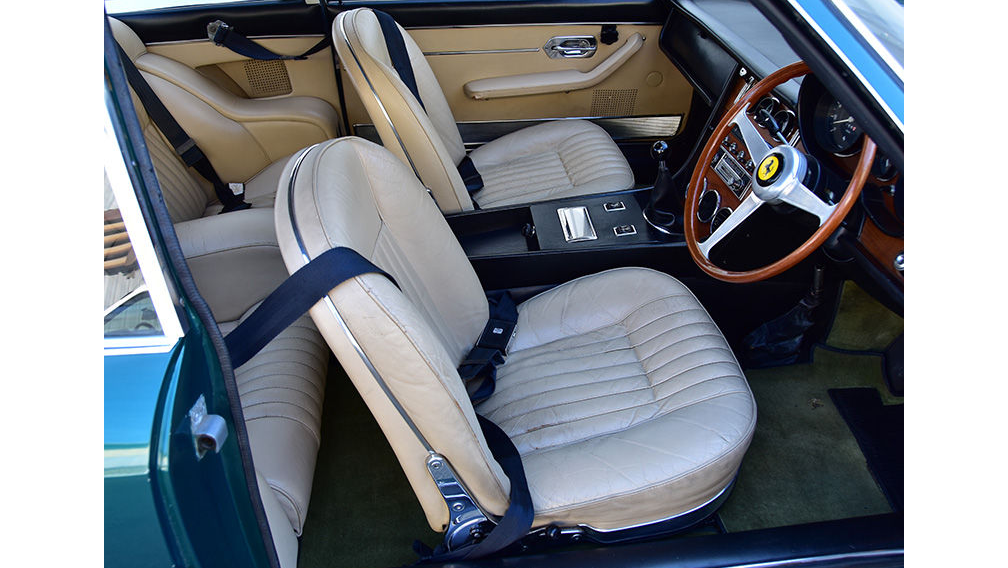 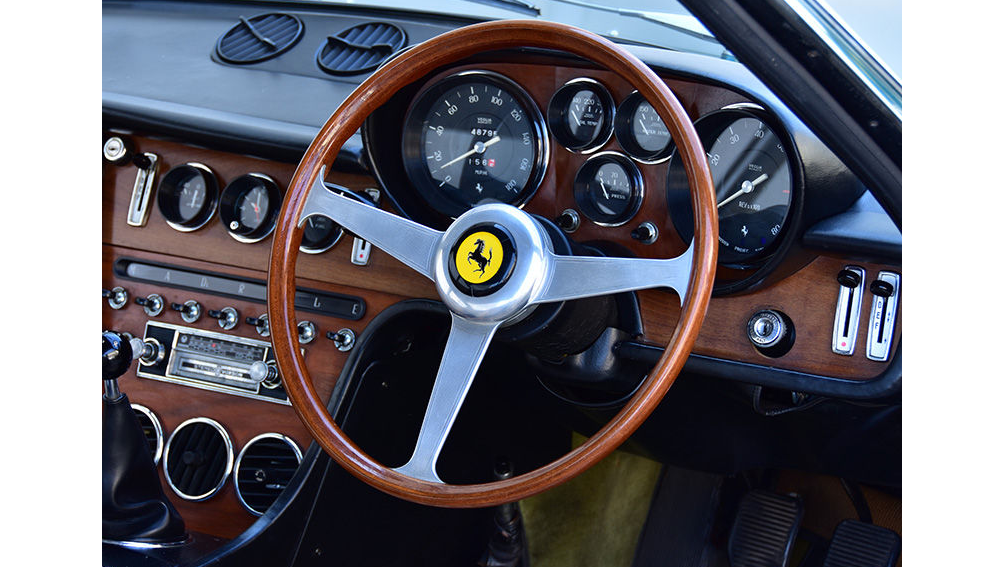 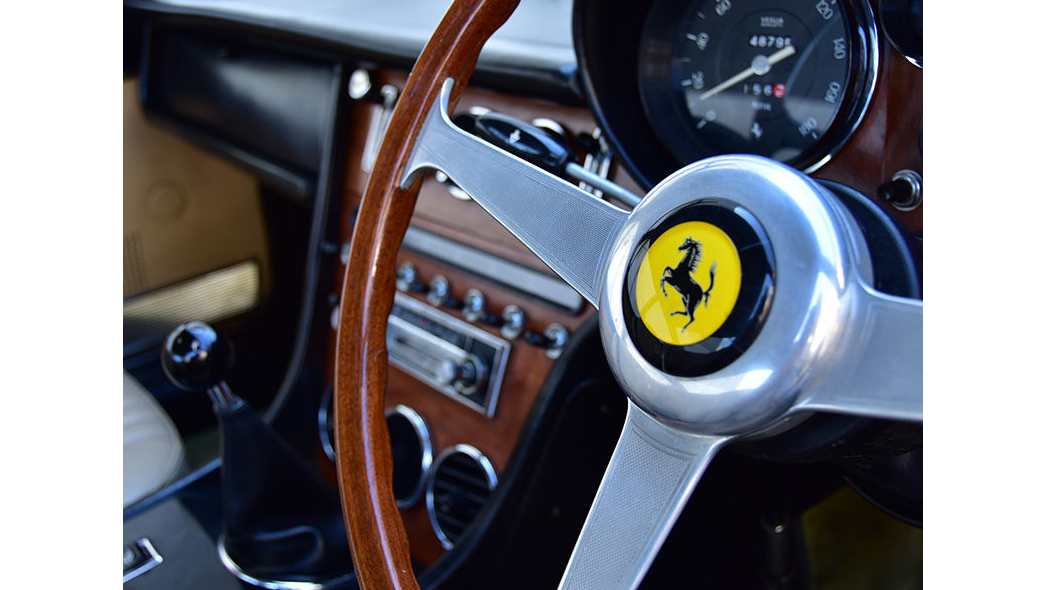 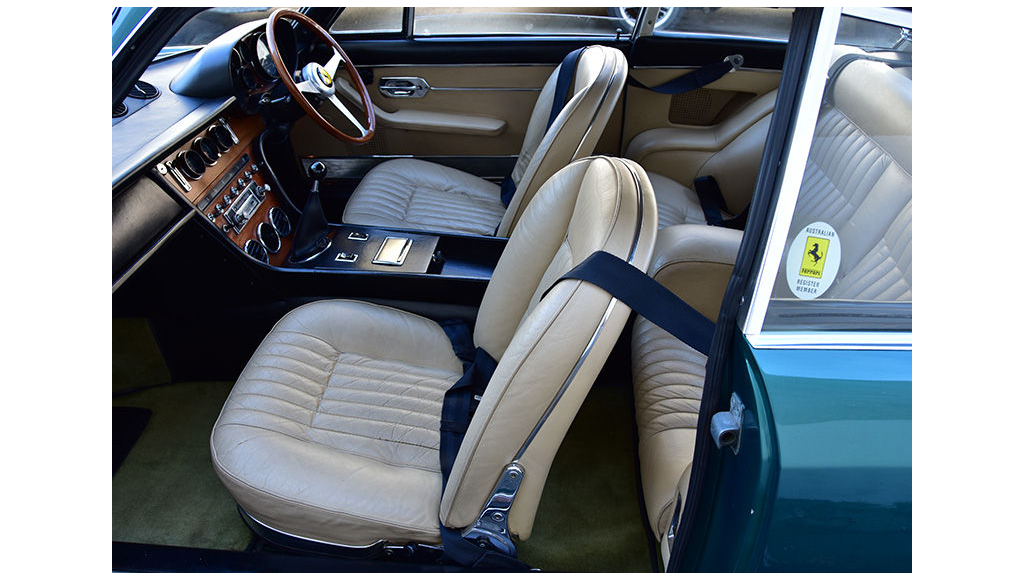 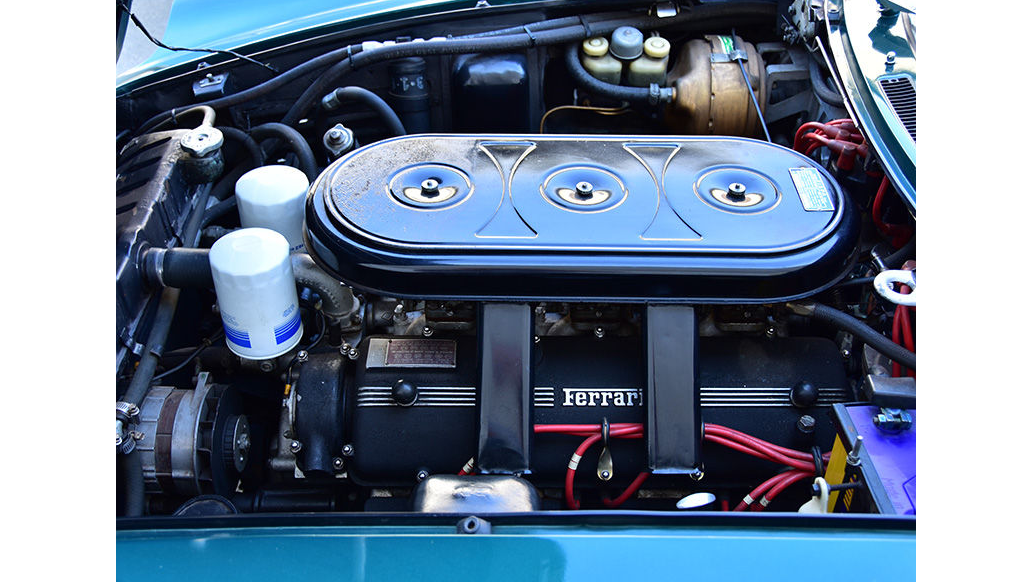 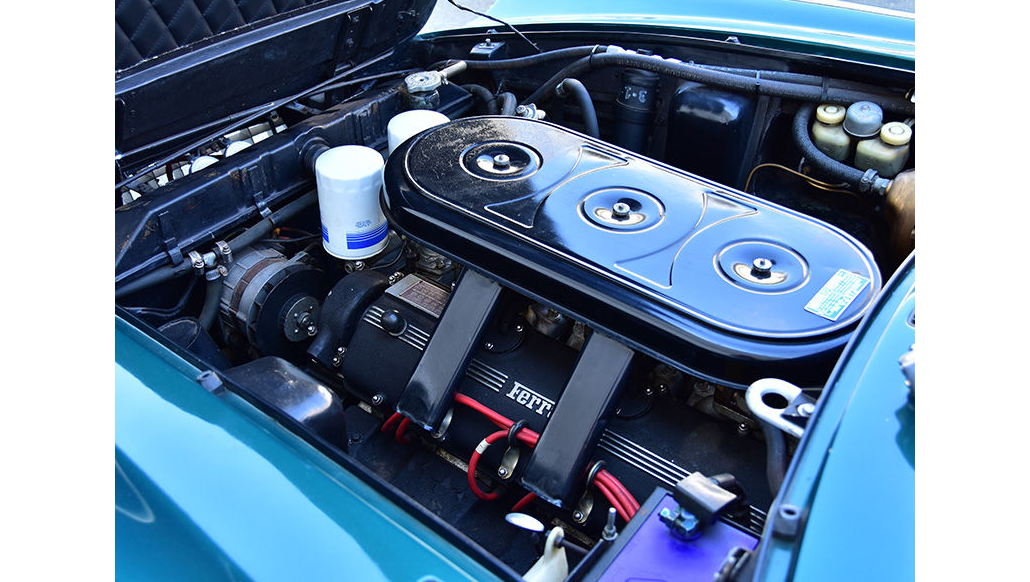 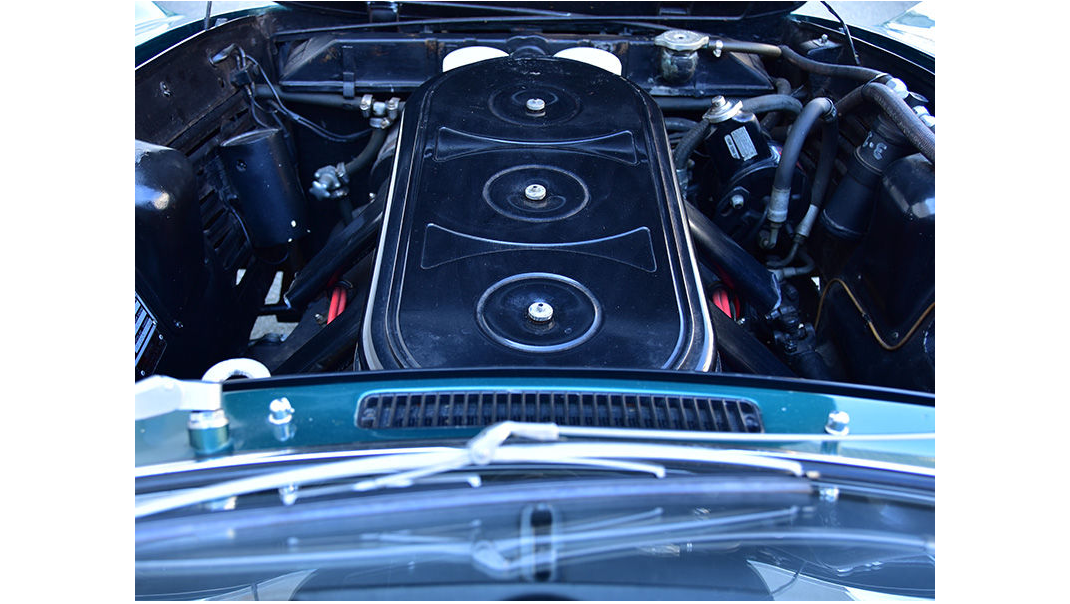 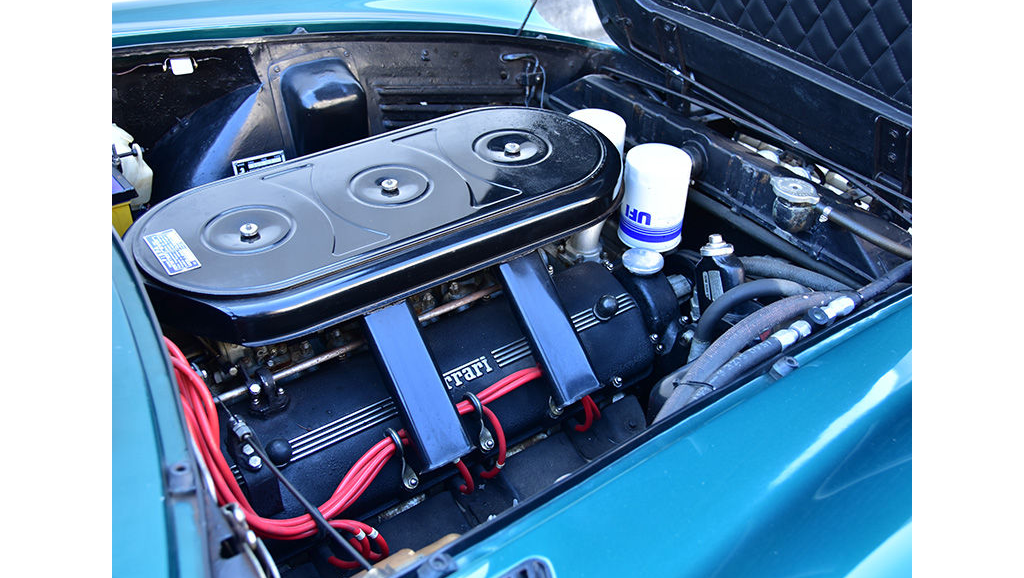 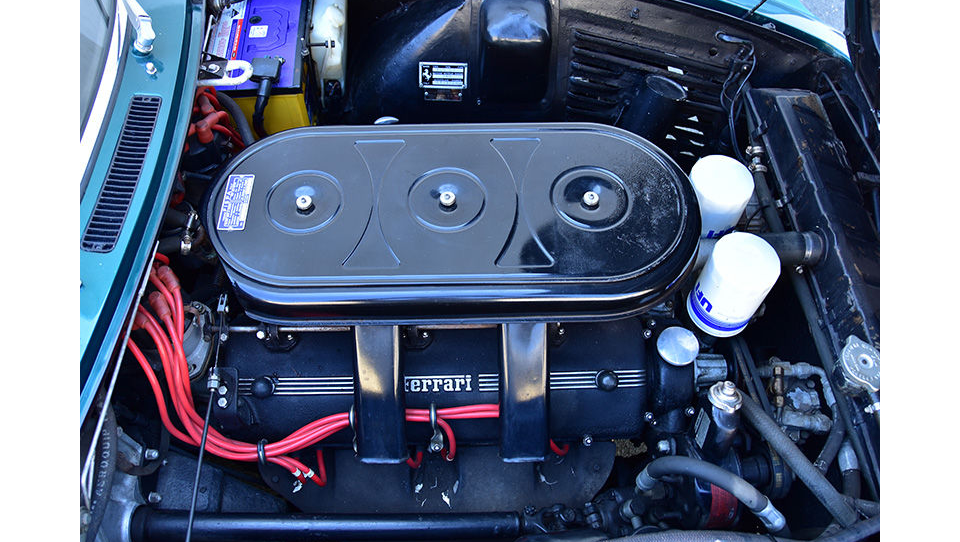 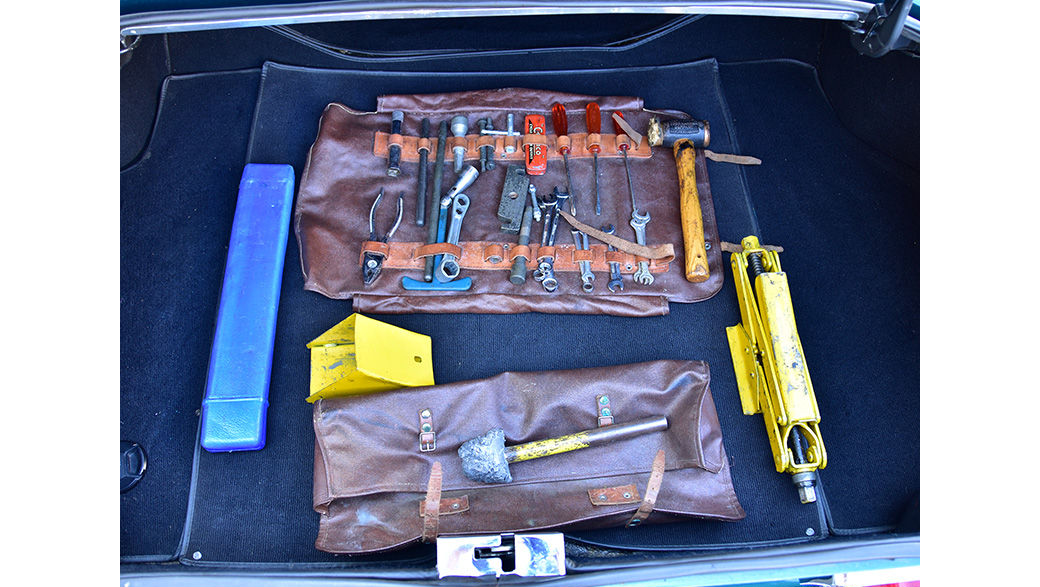 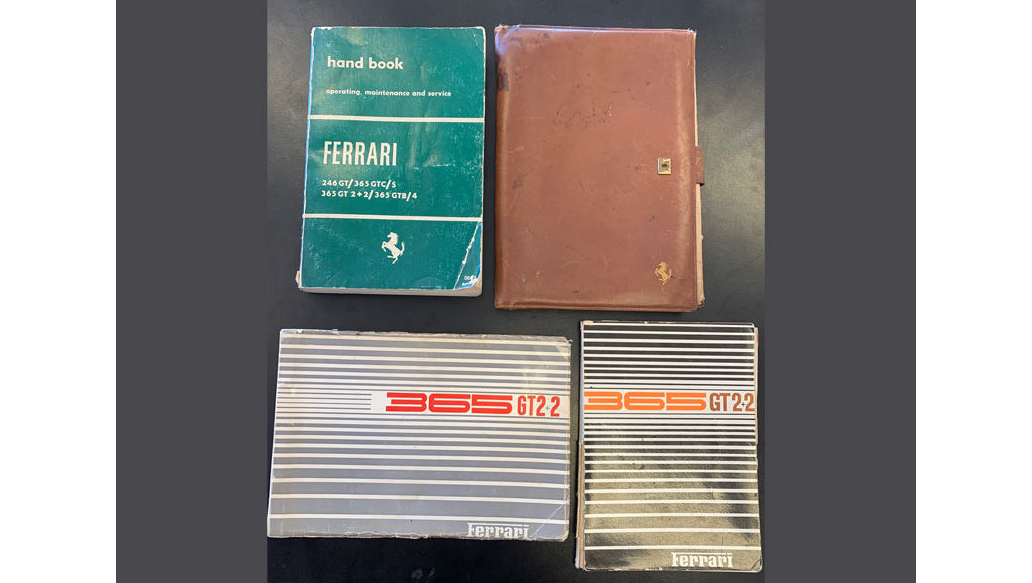 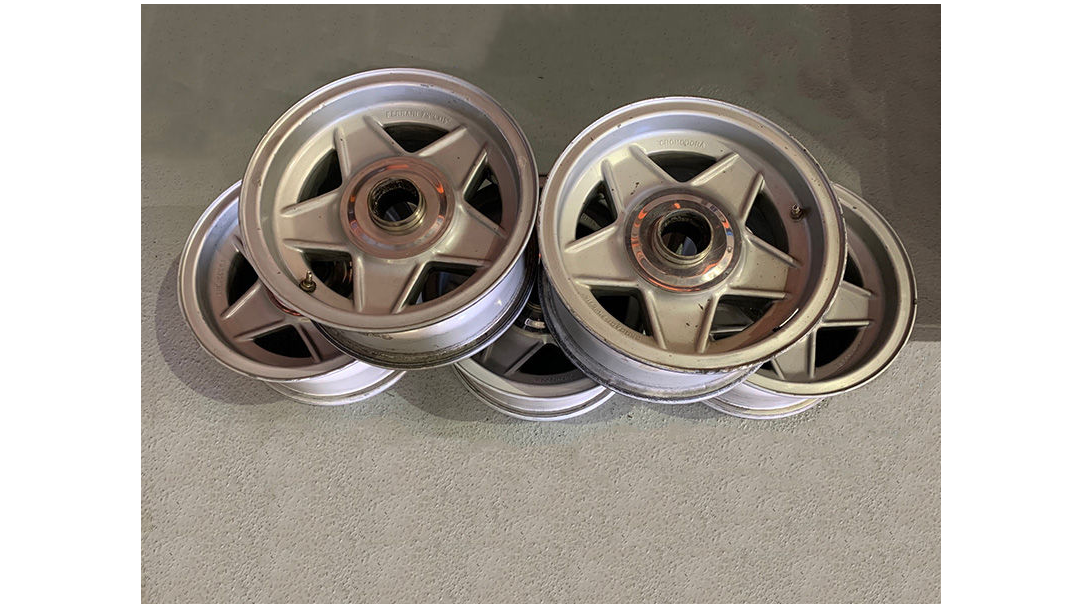 This particular car is a rare Australian delivered, factory right hand example. The car was delivered new in Sydney through Scuderia Veloce Motors to its first owner a Mr Brian Wiesener. The car changed hands in January 1978 when it was acquired by a Mr Jim Shaw from Melbourne. Shaw was a long term owner of the car which was well known in the Ferrari world in Victoria. He passed away in circa 2010 and his family ultimately decided to sell the car. This car is well known to Oldtimer Australia and it was acquired by us in February 2012. After a service the car was taken on the 2012 David McKay Rally in Tasmania where it performed faultlessly.  Following the rally, classic Ferrari specialists Black Stallion Motors were engaged to overhaul the gearbox (the synchros were poor), overhaul the rear suspension, repair the heater and associated plumbing. Additionally, there were a few other miscellaneous jobs completed to ensure this classic Ferrari was ready for its next owner.

This Ferrari 365 GT 2+2 was sold shortly thereafter to its third owner who was based in Brisbane. At the time the odometer was at 45,170 miles. Today the odometer reads 48,795 miles, so in just over seven years of ownership, the car has travelled only 3,625 miles. Around three years ago the car moved with its owner from Brisbane to Perth.

With less than 50,000 miles on the clock from new, this Ferrari 365 GT 2+2 is best described as an incredibly well preserved, original and unmolested car that remains in lovely condition all round.  The car looks to carry an older repaint in its original colour of ‘pino verde’ (pine green metallic). From a meter the paint work is presentable, however, on closer inspection, there are a number of minor defects in the paint. Most noticeable are the stone chips on the front of the car which you can see from the photographs. There is also some very light crazing evident on some of the panels. The car looks to be structurally excellent. All of the exterior trim, including the chrome, lenses and badges as well as the glass are in good condition, the only exception being the front left hand indictor lens which is cracked. There is also some very light scratches to some of the chrome trim.  The car is fitted with a set of Borrani wire wheels which are all in good condition. The balancing weights are currently fitted to the front of the wheels and our preference would be to relocate these to the back. There is also a set of Cromodora five spoke Ferrari wheels that will also accompany the car.

Open the door and you are presented with a beautifully patinated Ferrari interior which is about as good as it gets. The leather upholstery is subtle and very well preserved with no rips or tears. The dash, instruments and controls are also in really good condition and everything looks to be in working order. The timber steering wheel, as well as the timberwork on the dash and centre console, is a feature on a 365 GT 2+2. They are beautifully presented on this car. Naturally, the car is fitted with what is most likely its original 8 track tape player. How cool!

Of course, the real music starts when you fire up the Colombo 4.4 litre V12 engine! The engine starts easily and it sounds ‘on song’. The car drives really well and the engine pulls strongly through the rev range. The engine has good oil pressure and out on the open road it just wants to be let loose. Like many classic Ferraris the gearbox is a little slow when changing down into second when cold, but it improves as everything warms up. The 365 GT 2+2 is an incredibly well balanced car and this example handles as it should. The brakes pull the car up efficiently and in a straight line. The memories quickly come flooding back from some fabulous driving around the Apple Isle all those years ago. Whilst the 365 GT 2+2 is often referred to as the ‘Queen Mary’ due to its size, the car belies that when you are behind the wheel. Make no mistake the 365 GT 2+2 is a quick car that would be the ideal mode of transport to blast from Paris to Rome and back in the day. What is surprising is that it would also be right at home blasting across the Swiss Alps!

The car has books in the original and correct leather pouch, a partially complete tool kit and jack kit. As noted above a set of Cromodora five spoke Ferrari wheels will also accompany the car.

As they say, something can only be original once and that is what we love about this car! This Ferrari 365 GT 2+2 would be welcome at just about any classic car show and yet it is a car that you can use and enjoy without worrying about getting a stone chip.