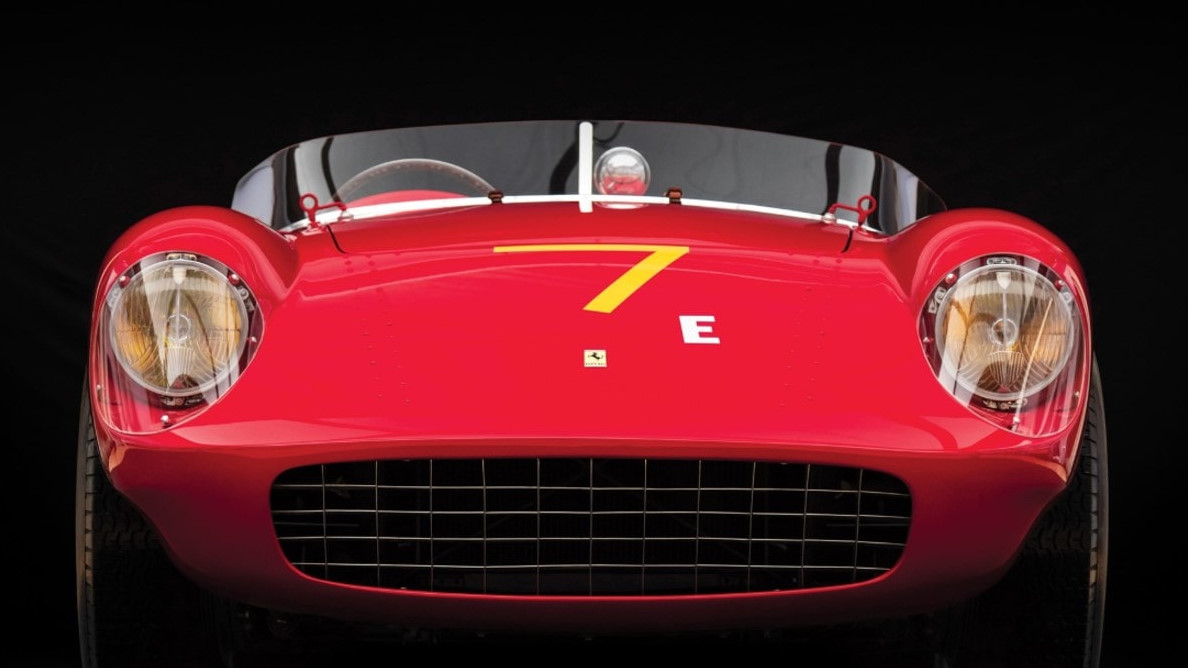 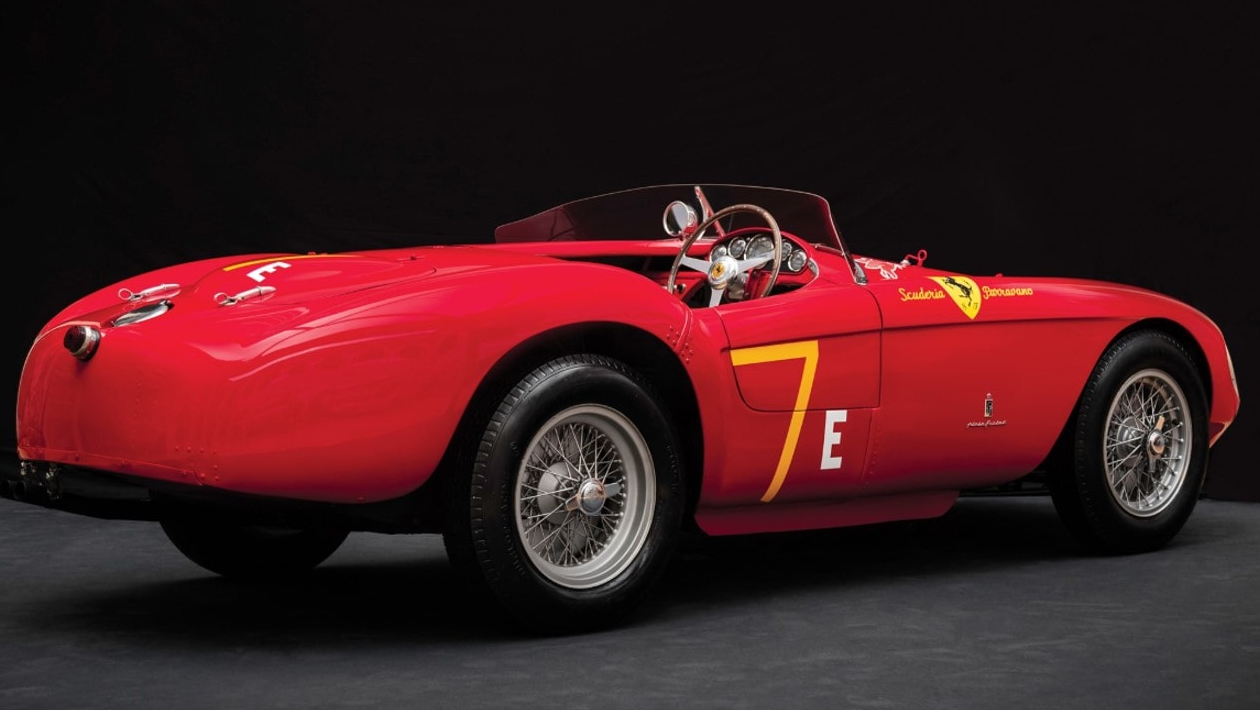 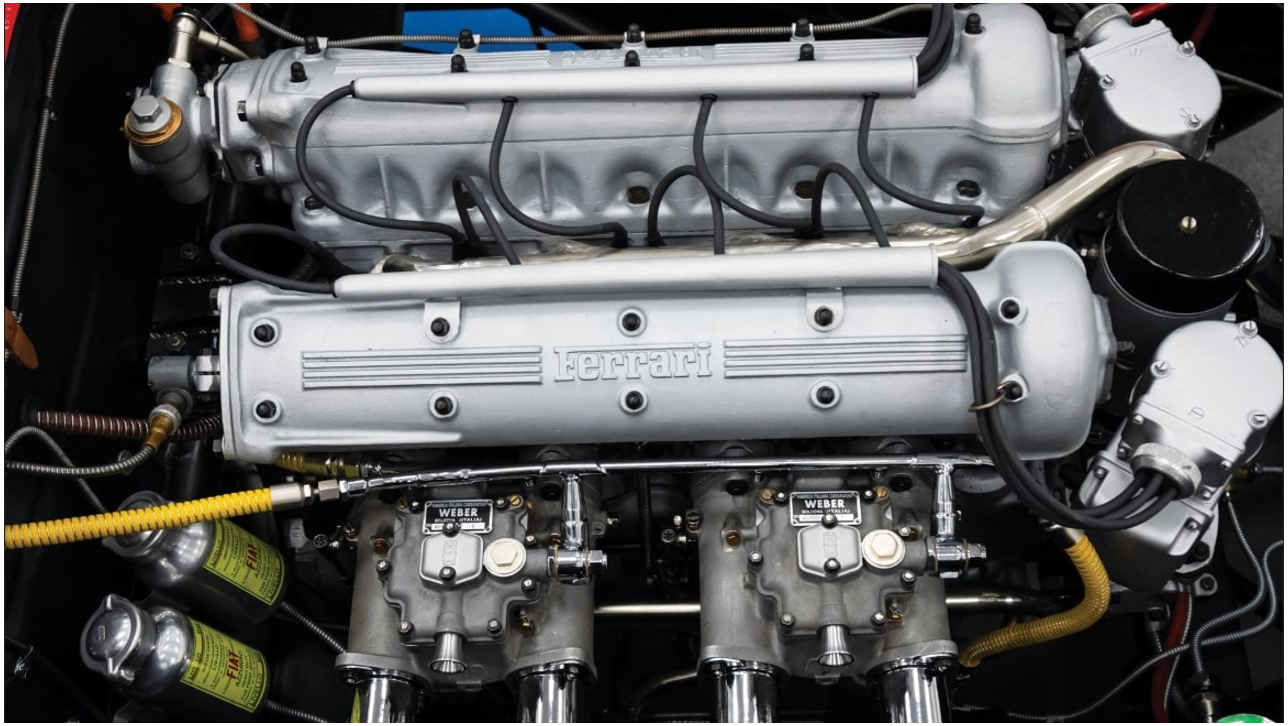 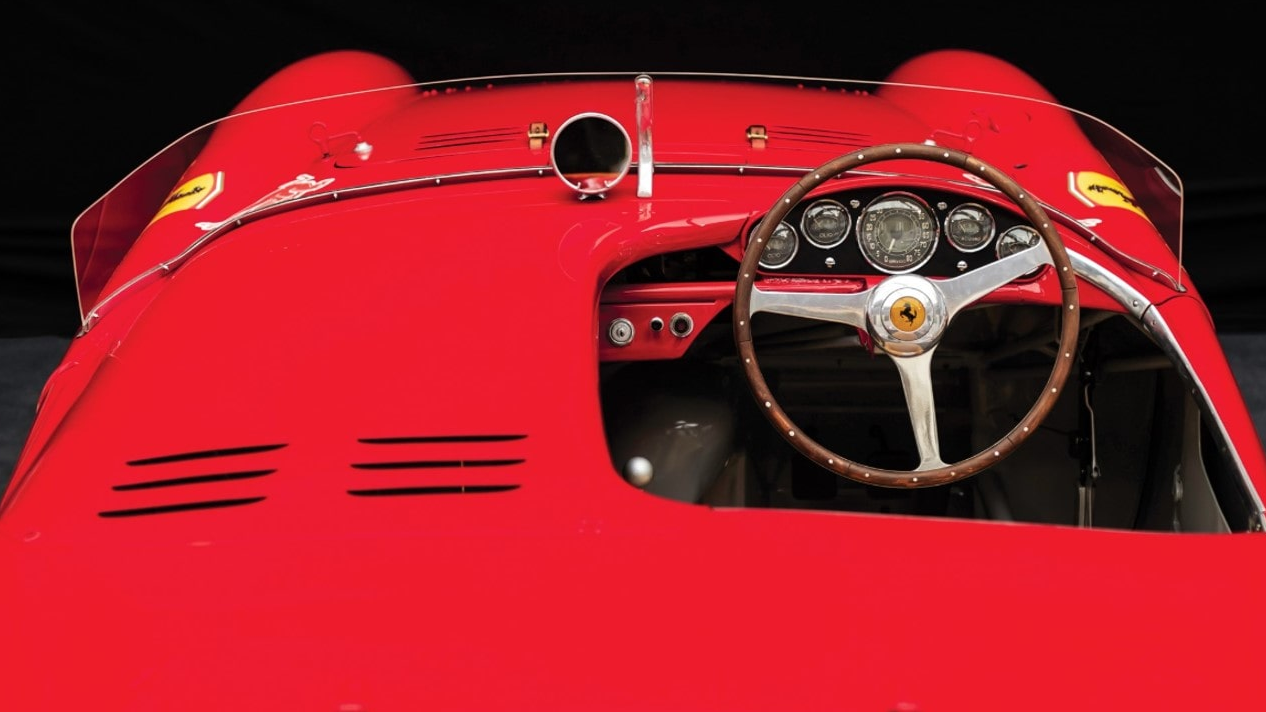 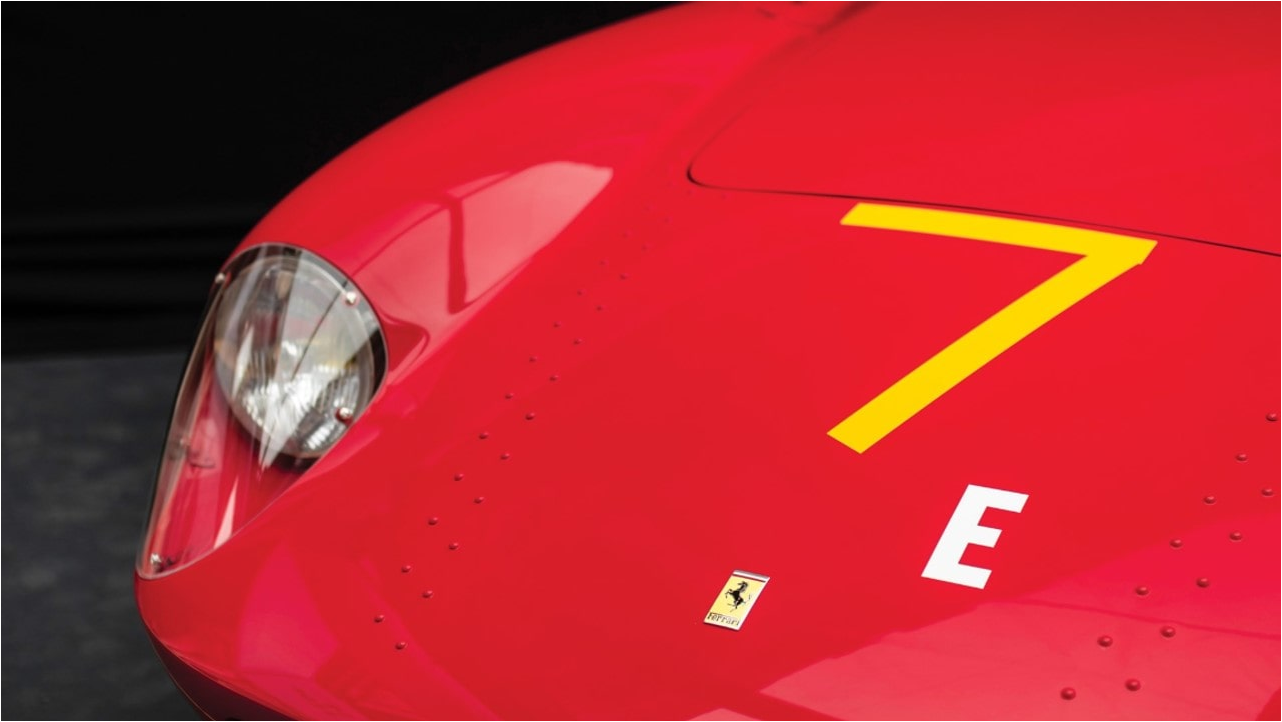 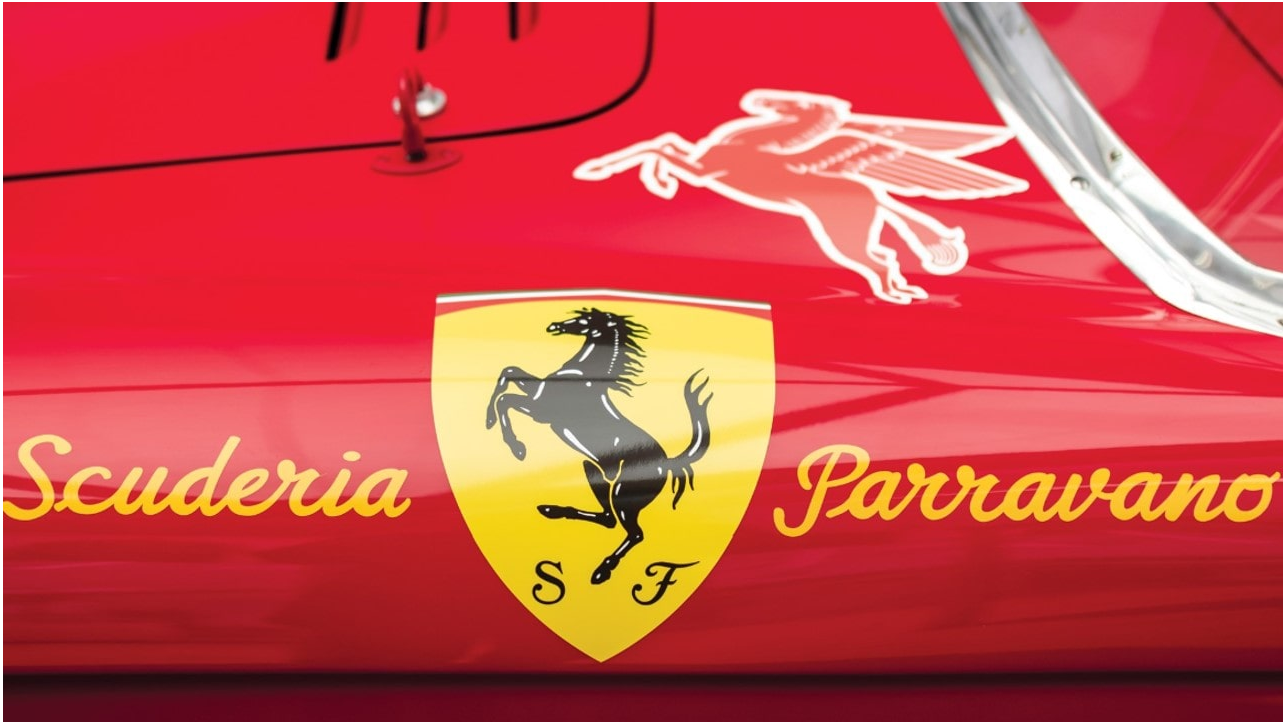 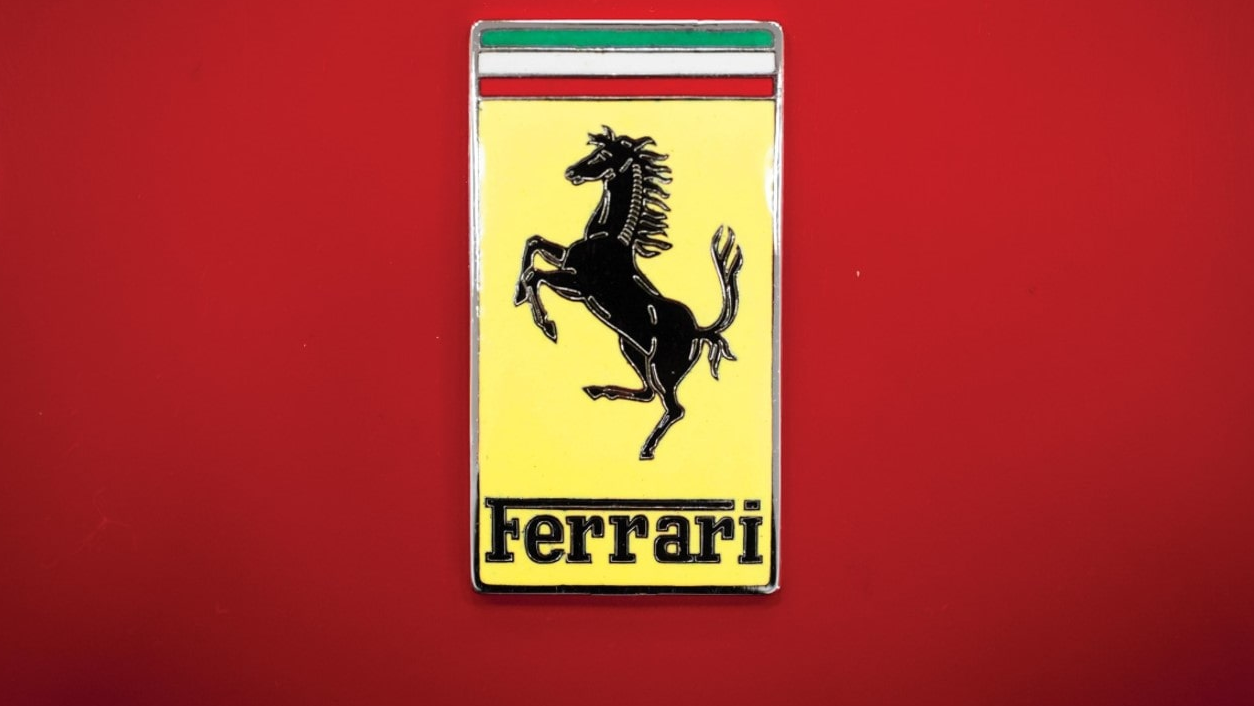 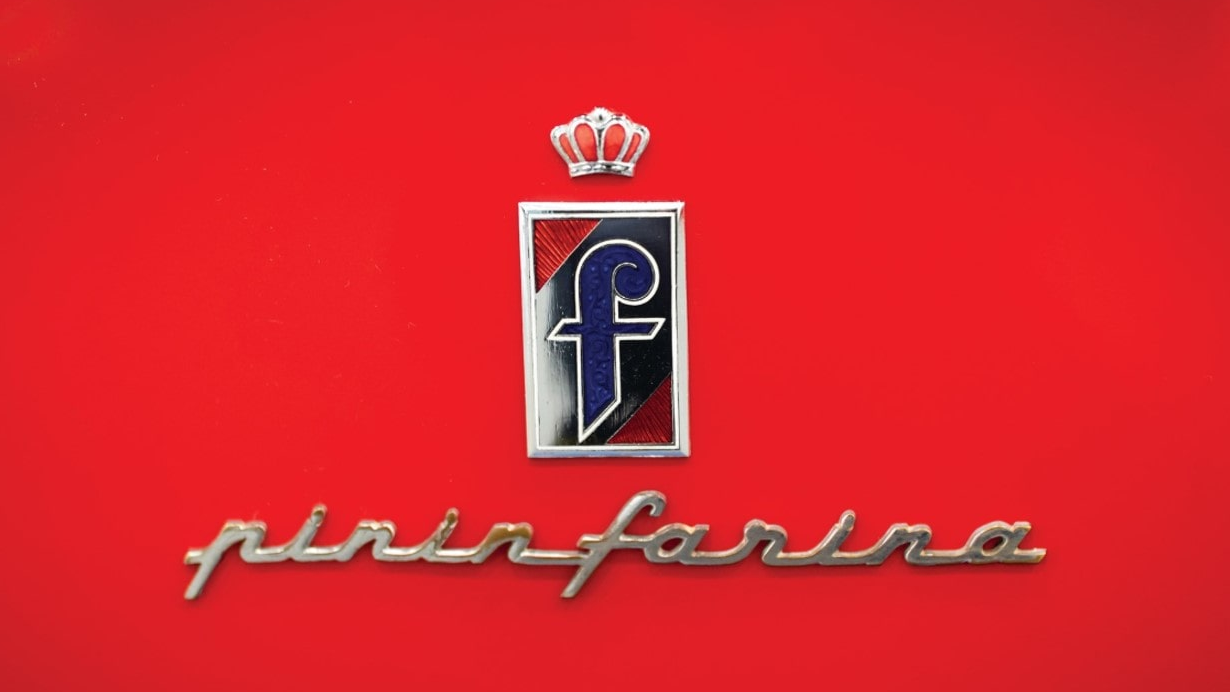 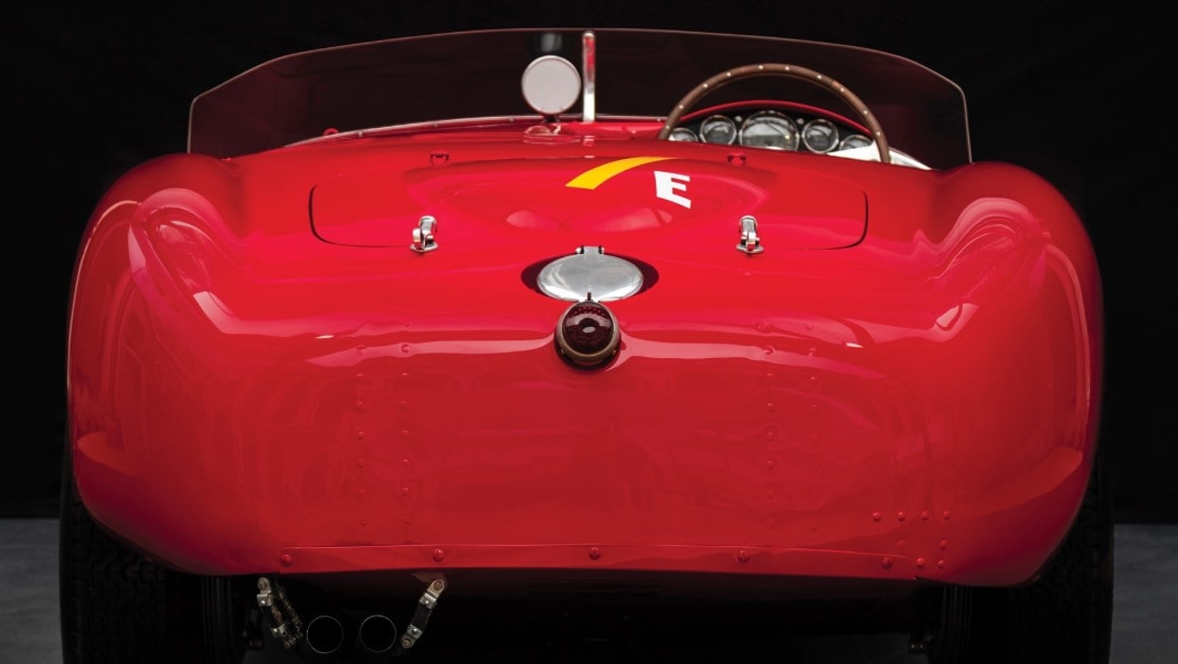 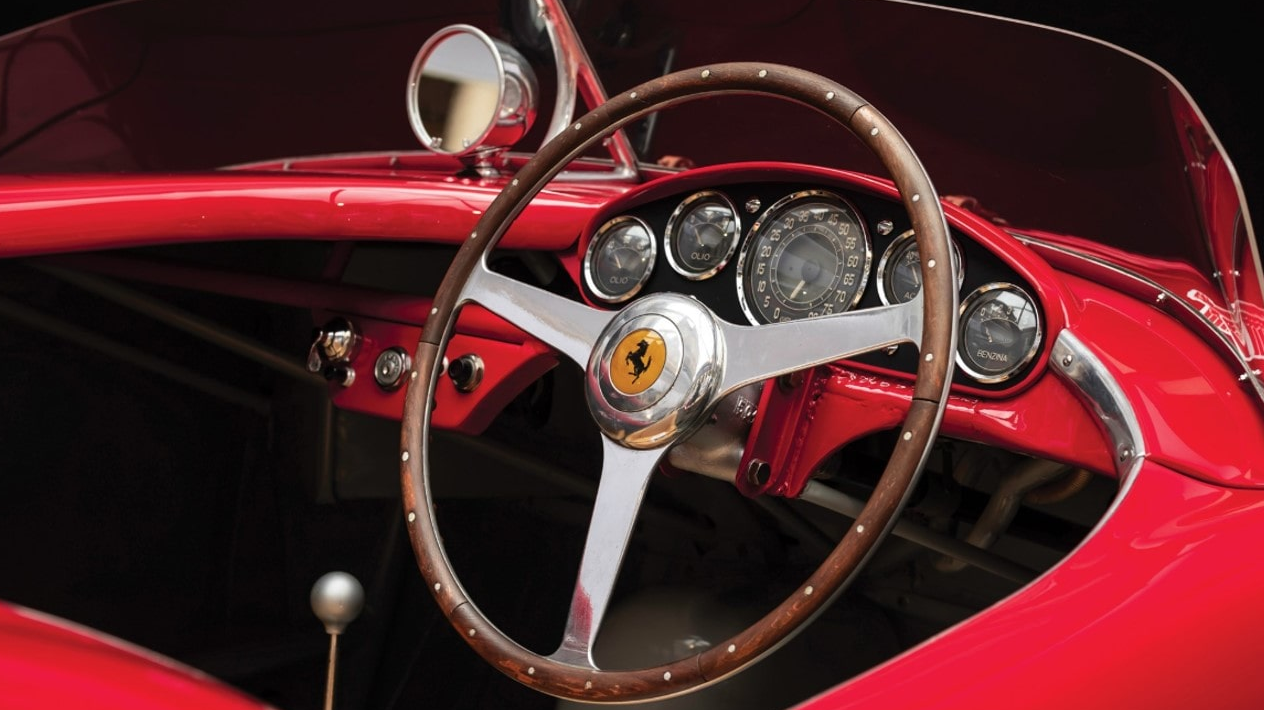 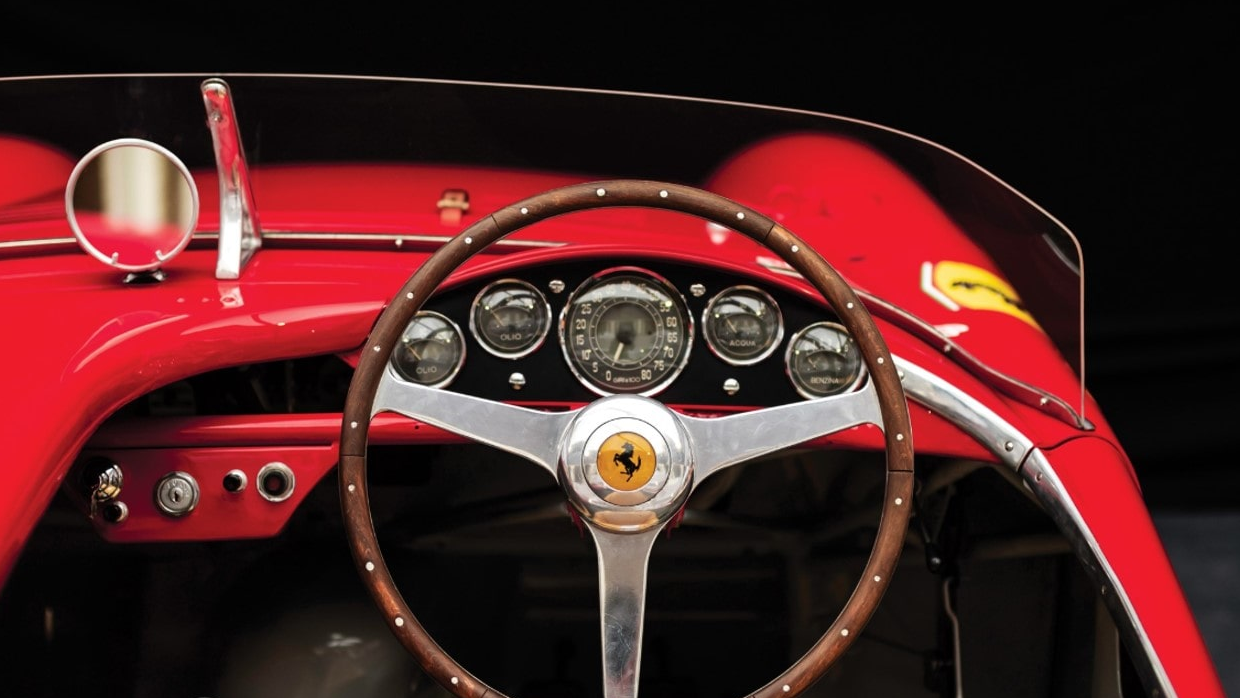 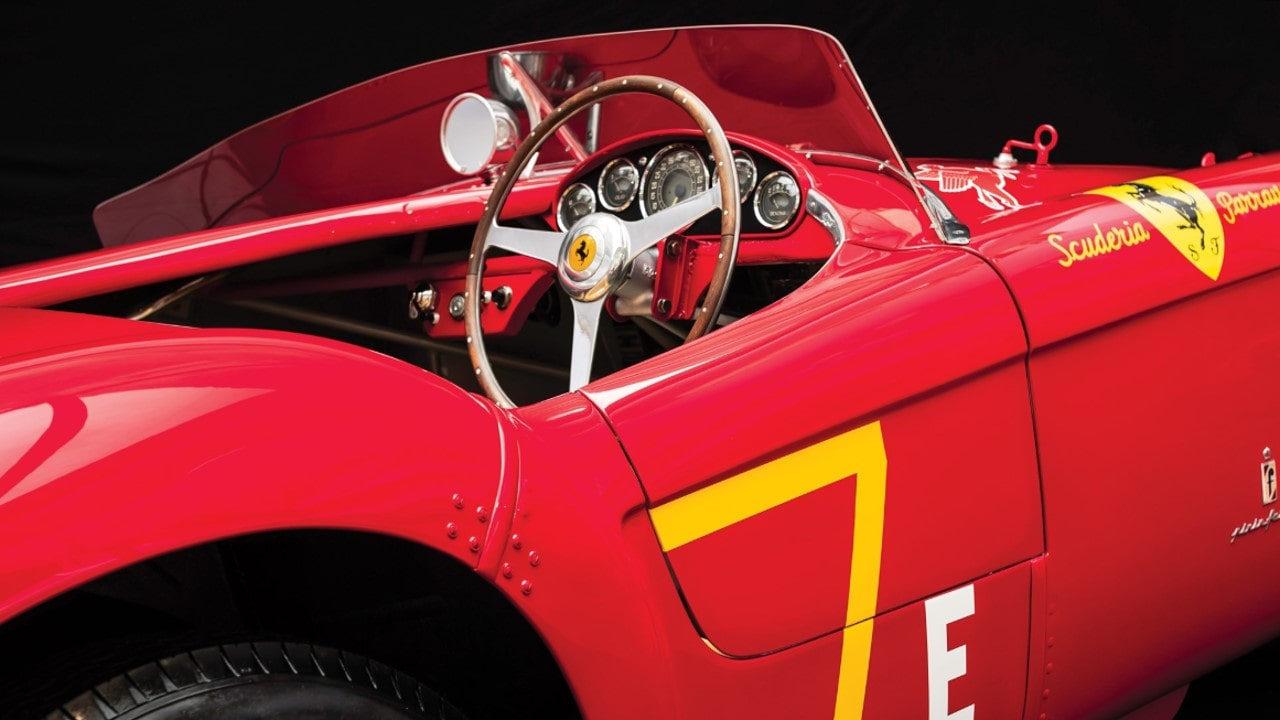 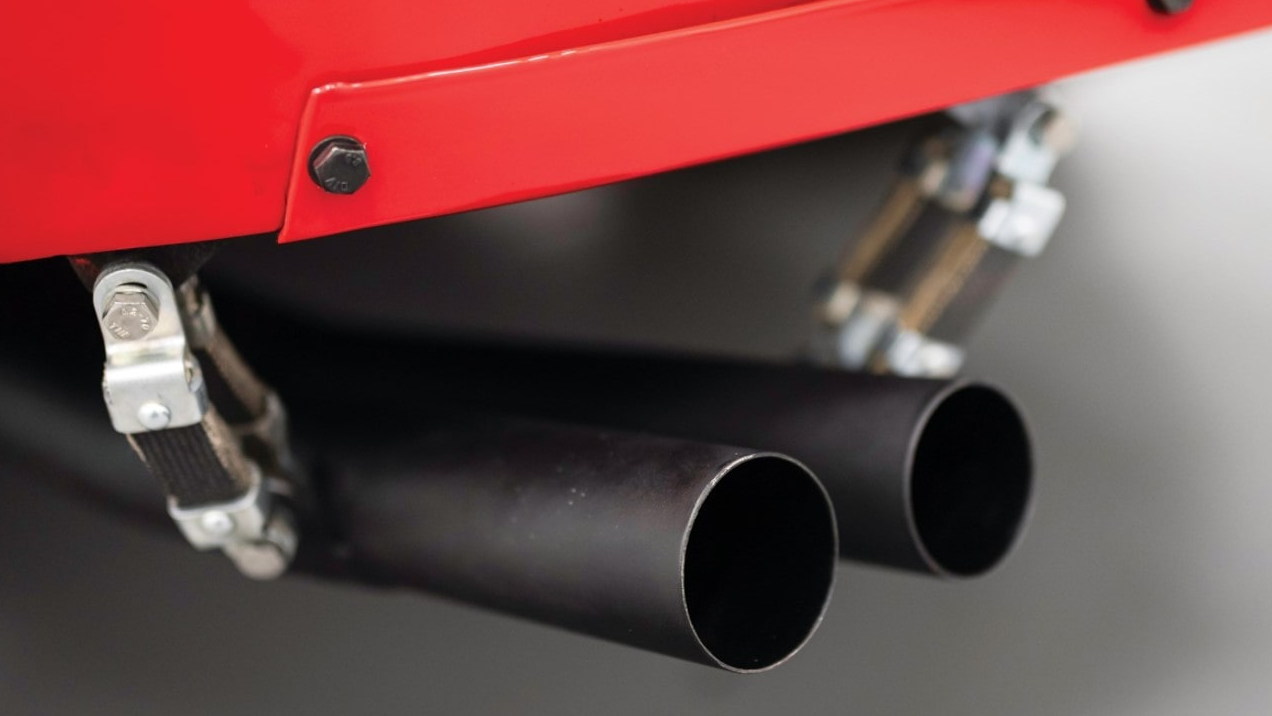 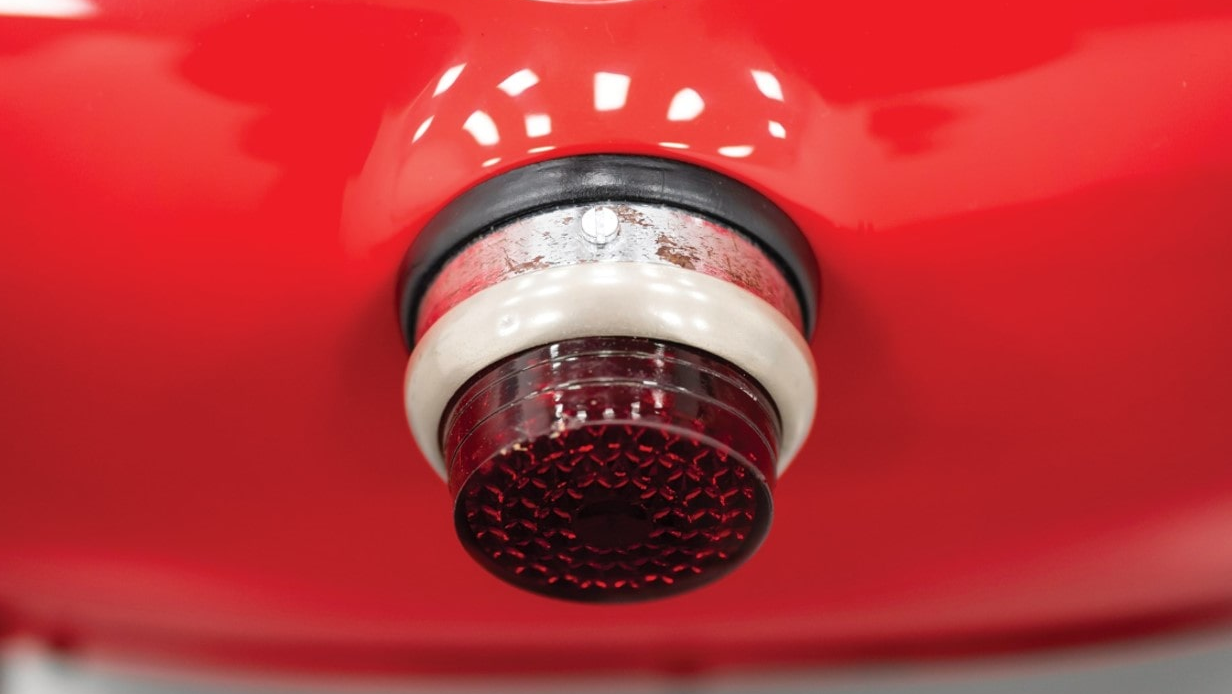 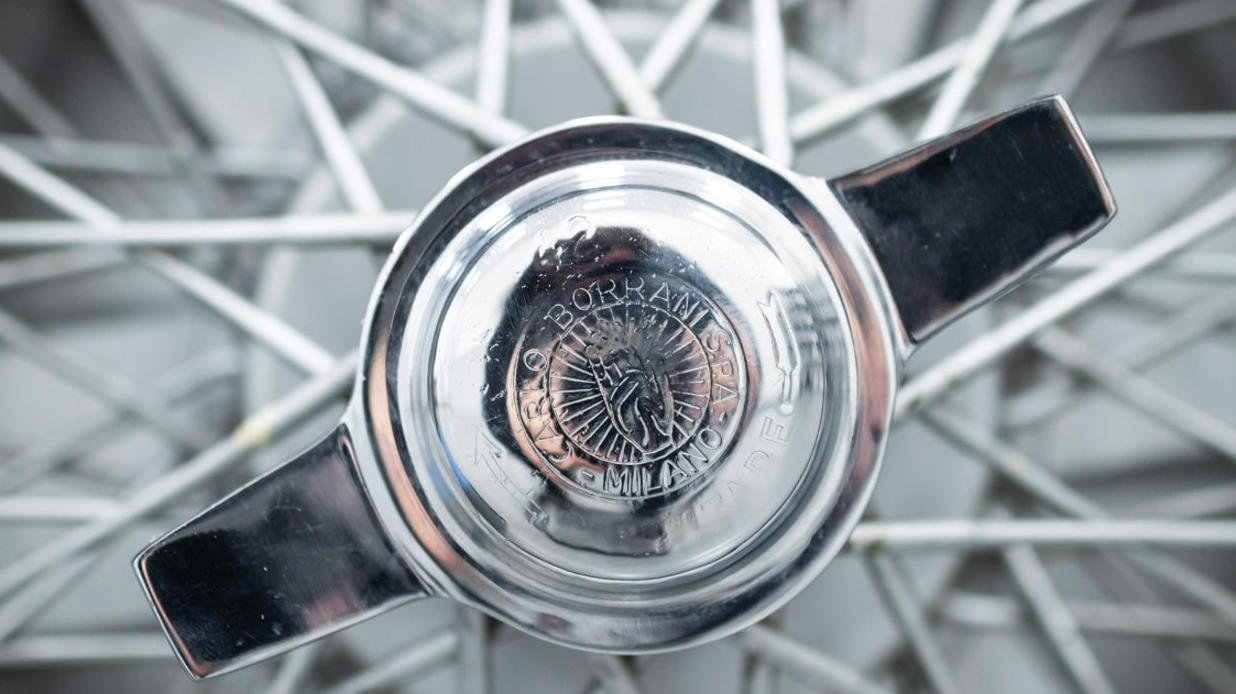 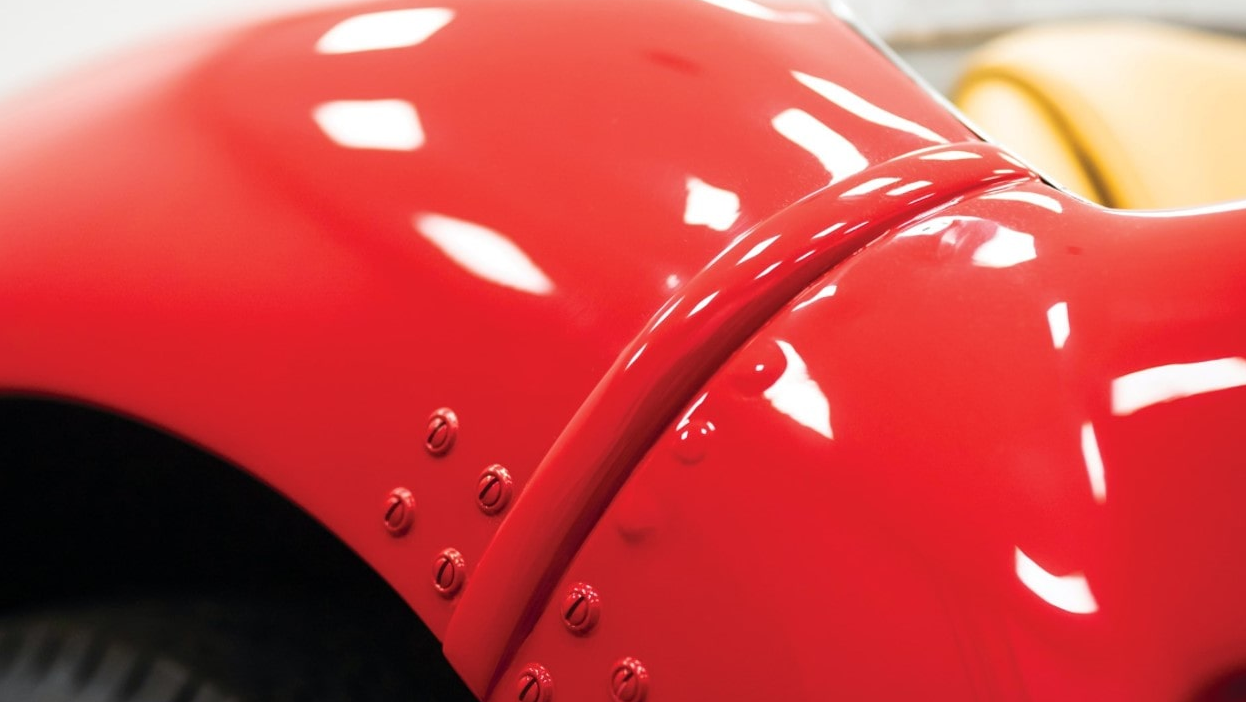 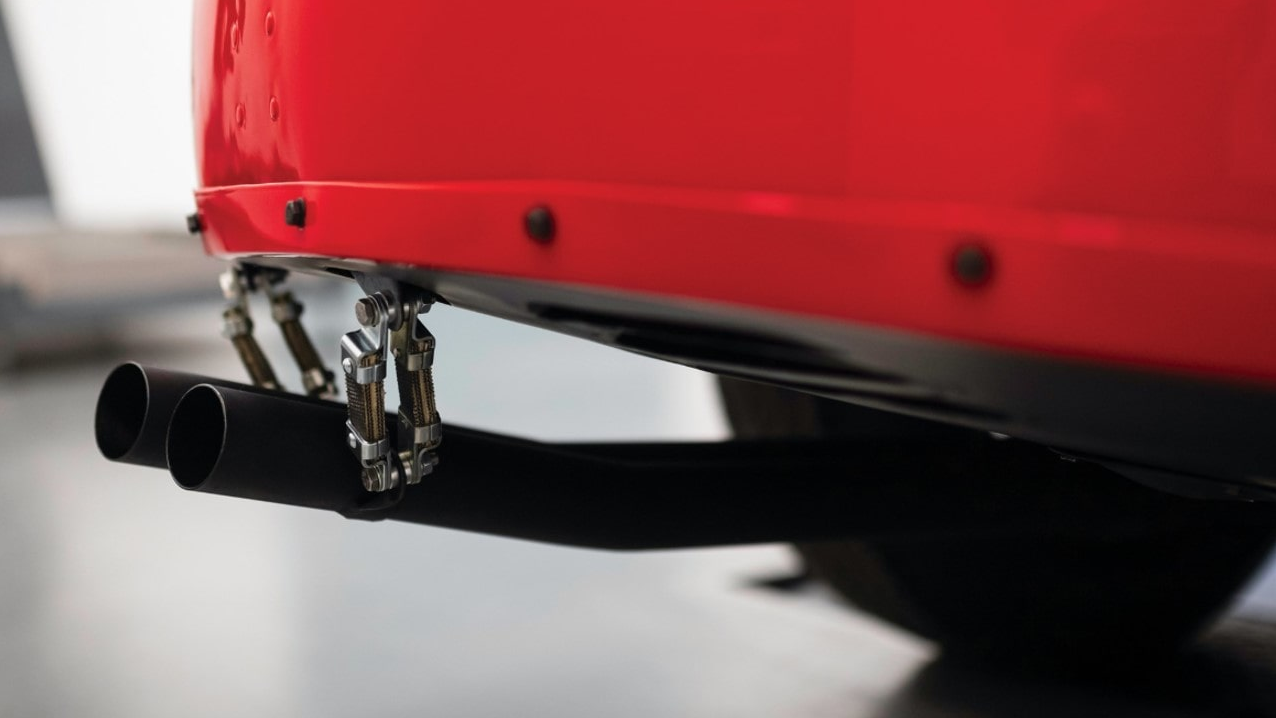 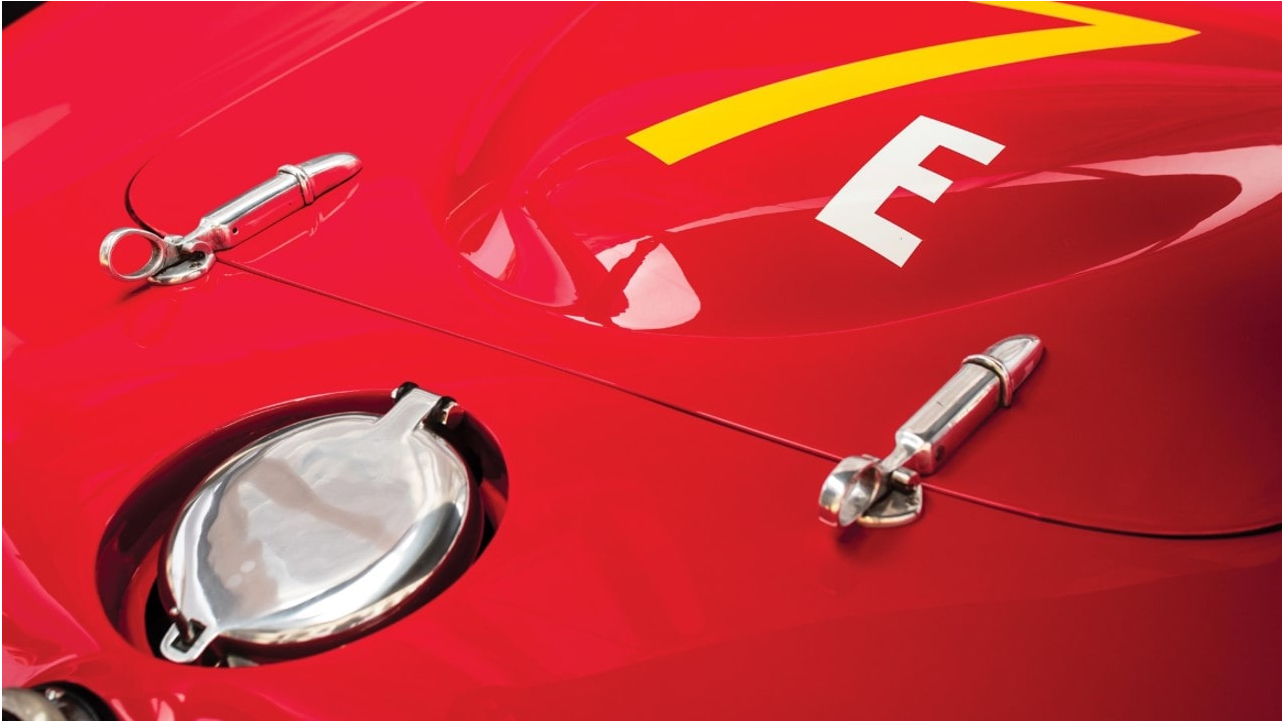 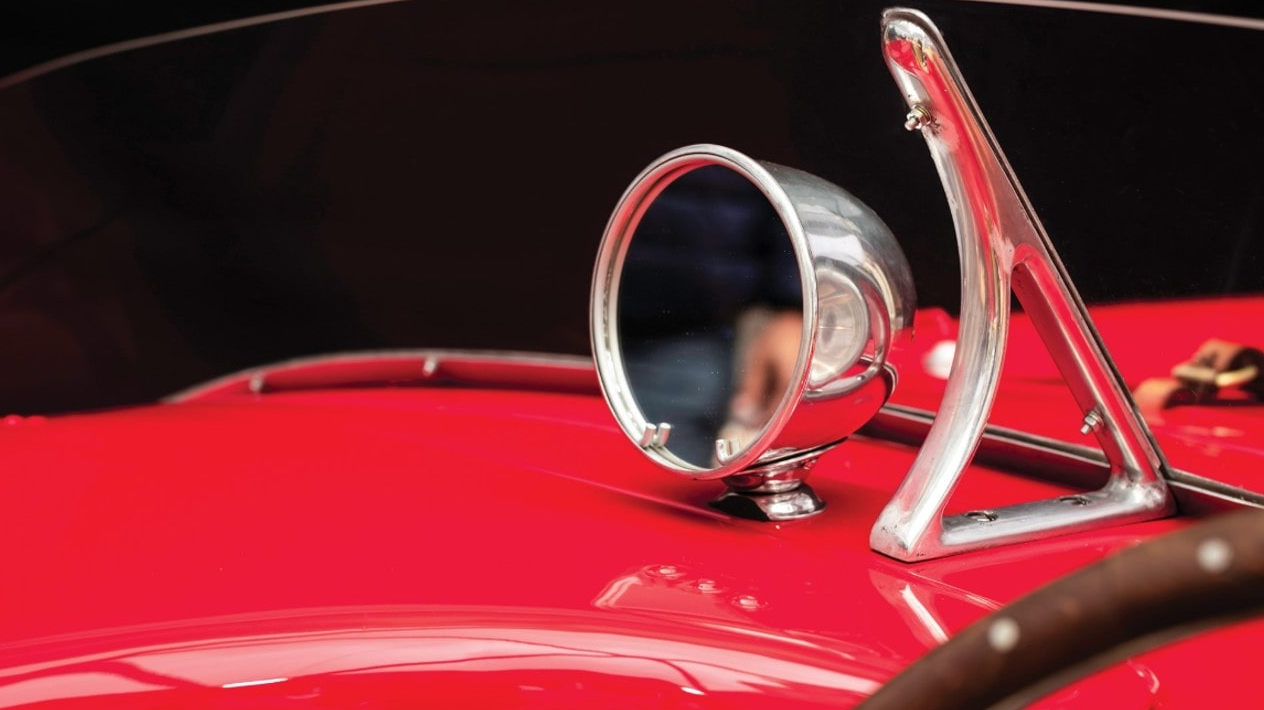 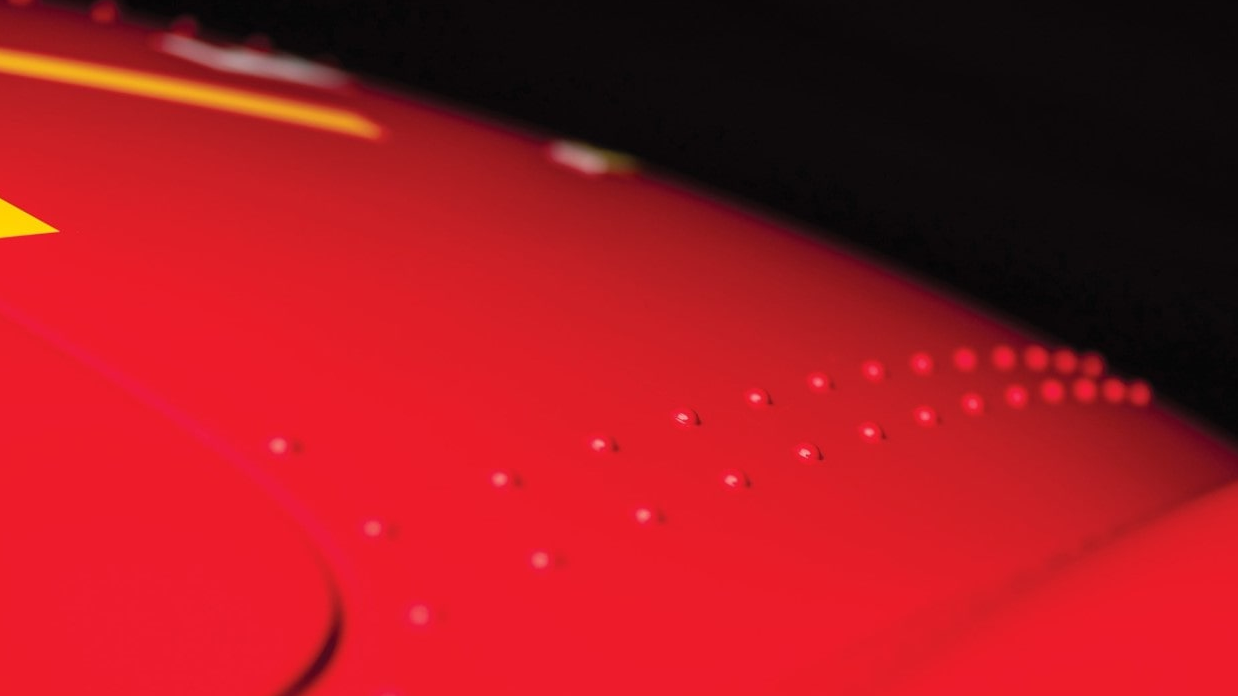 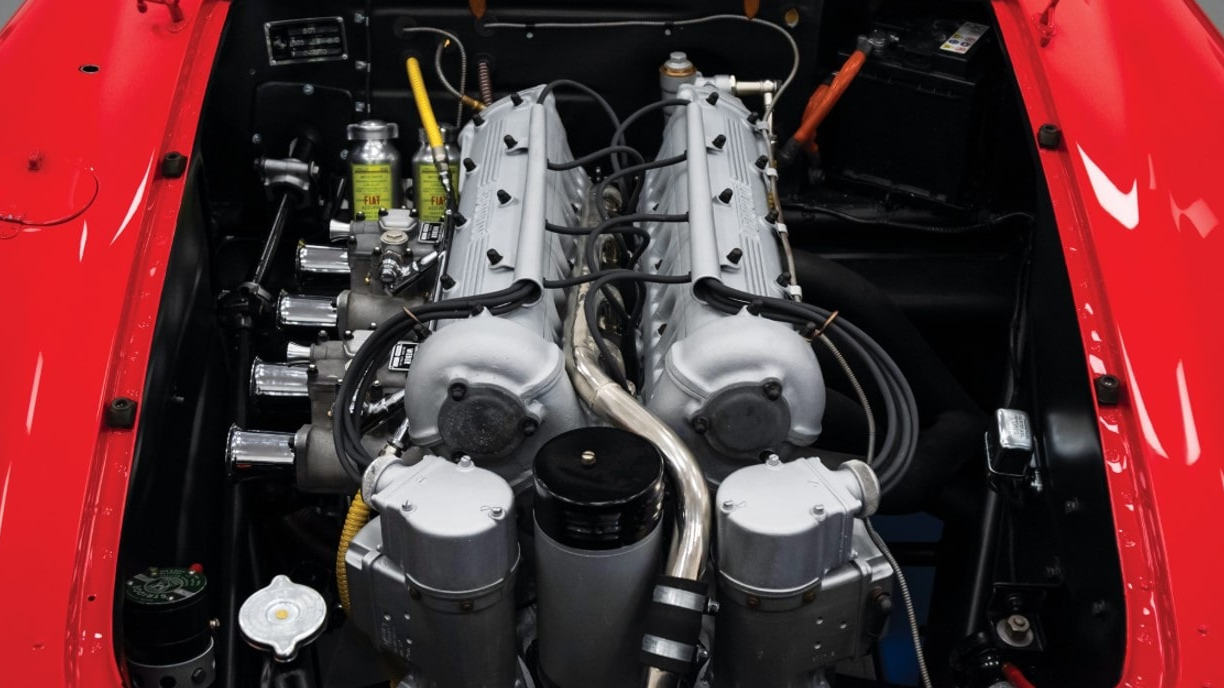 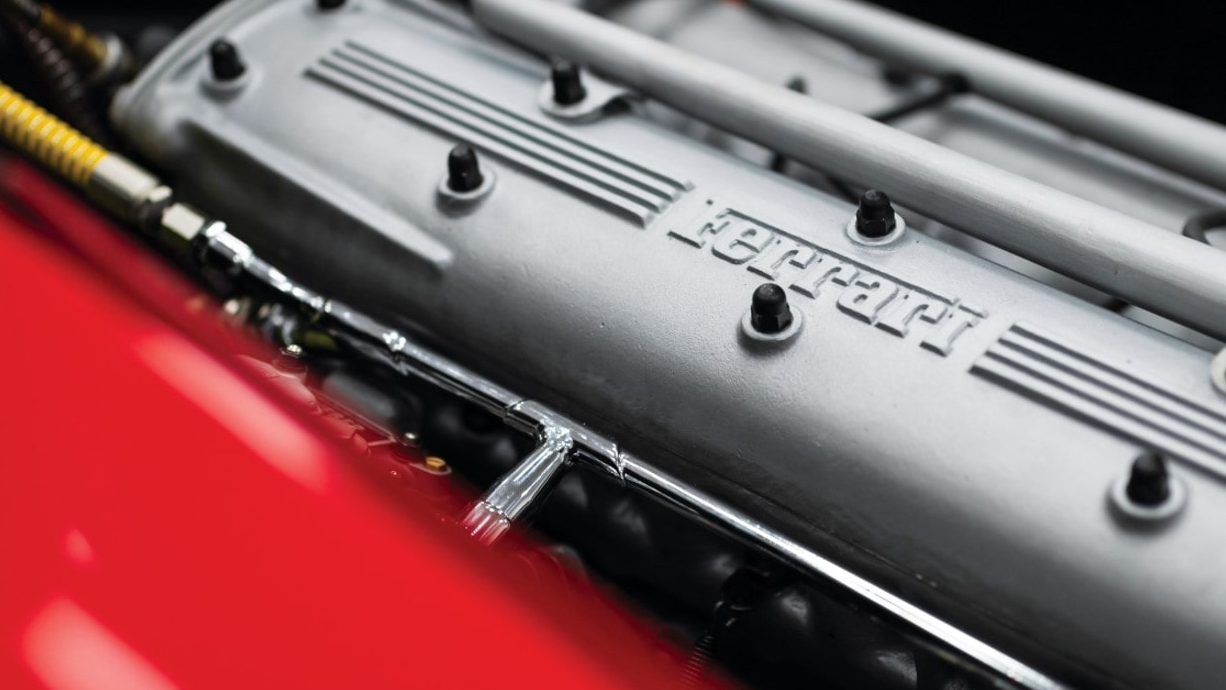 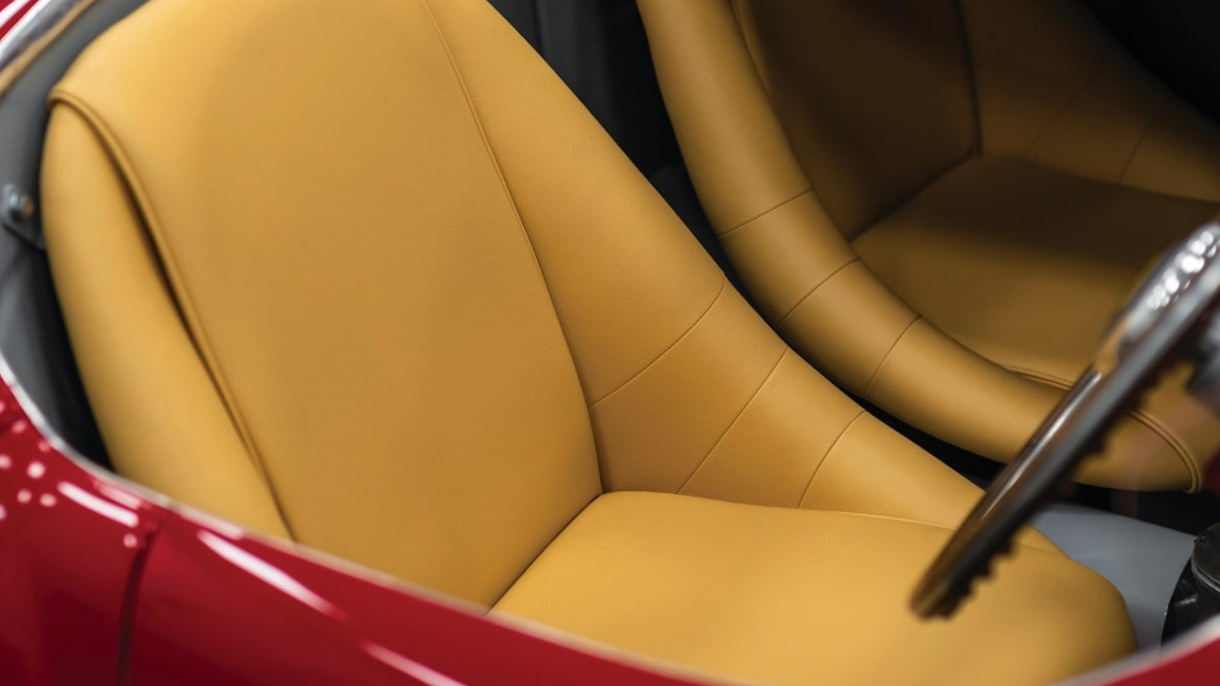 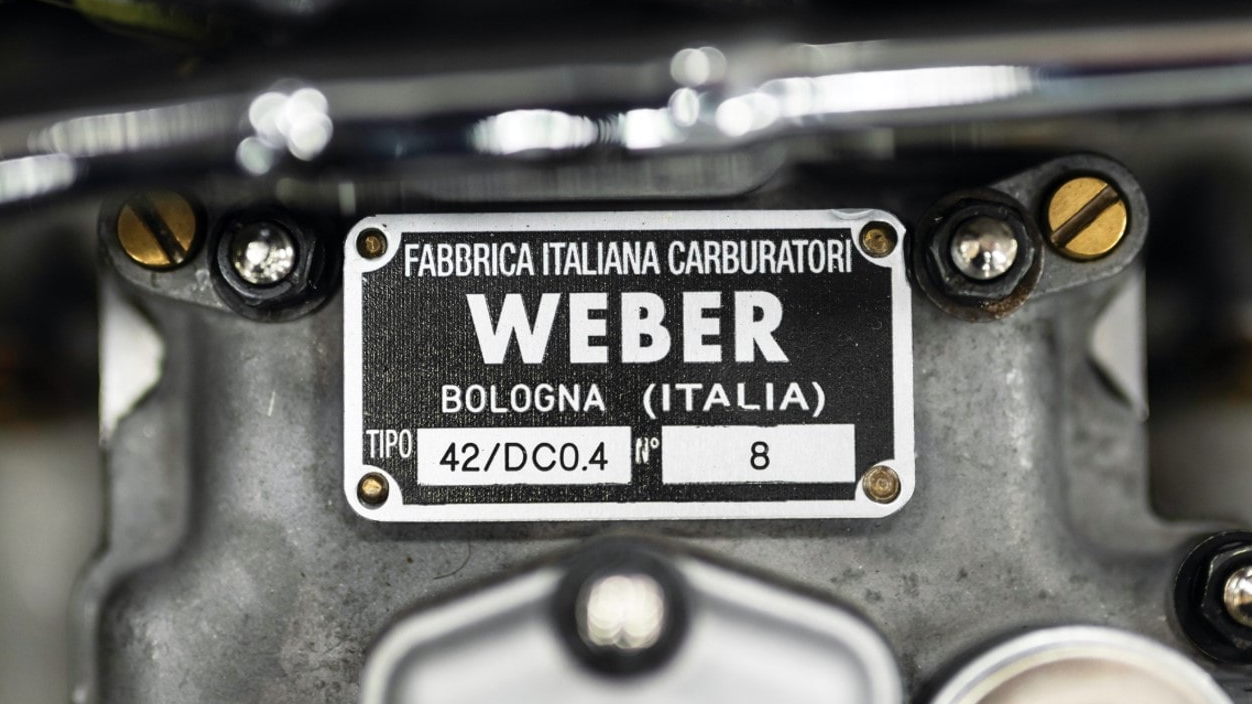 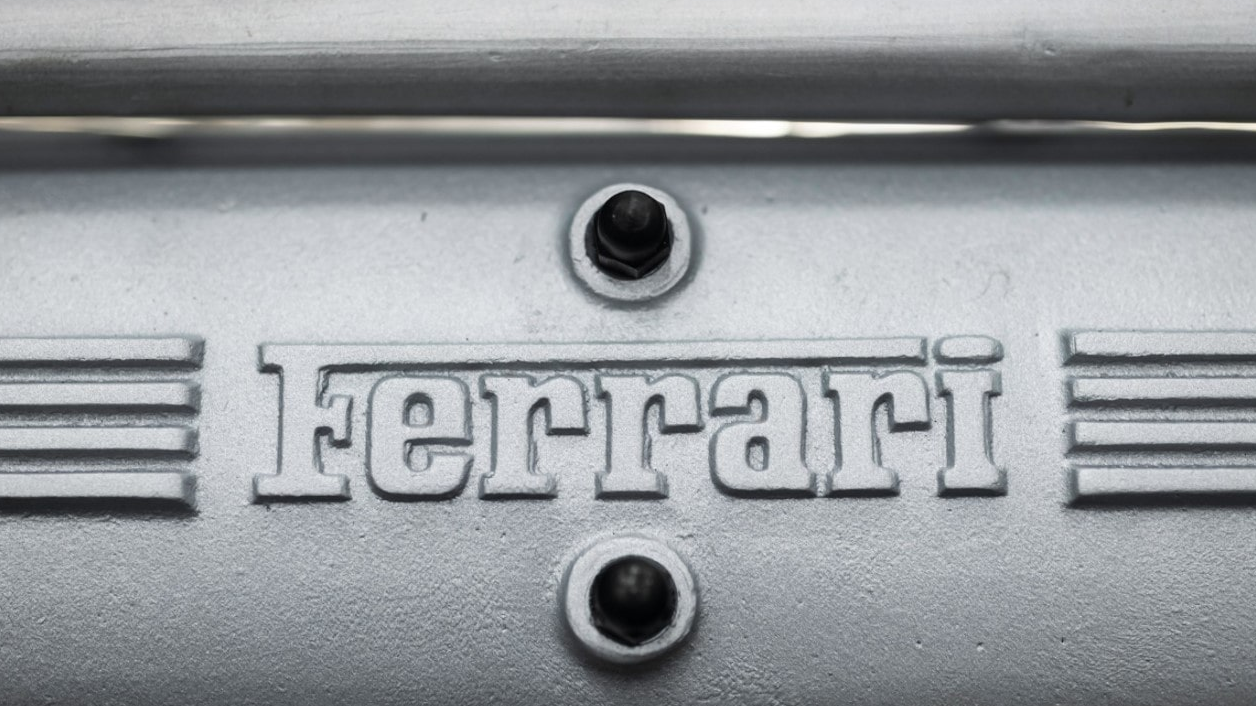 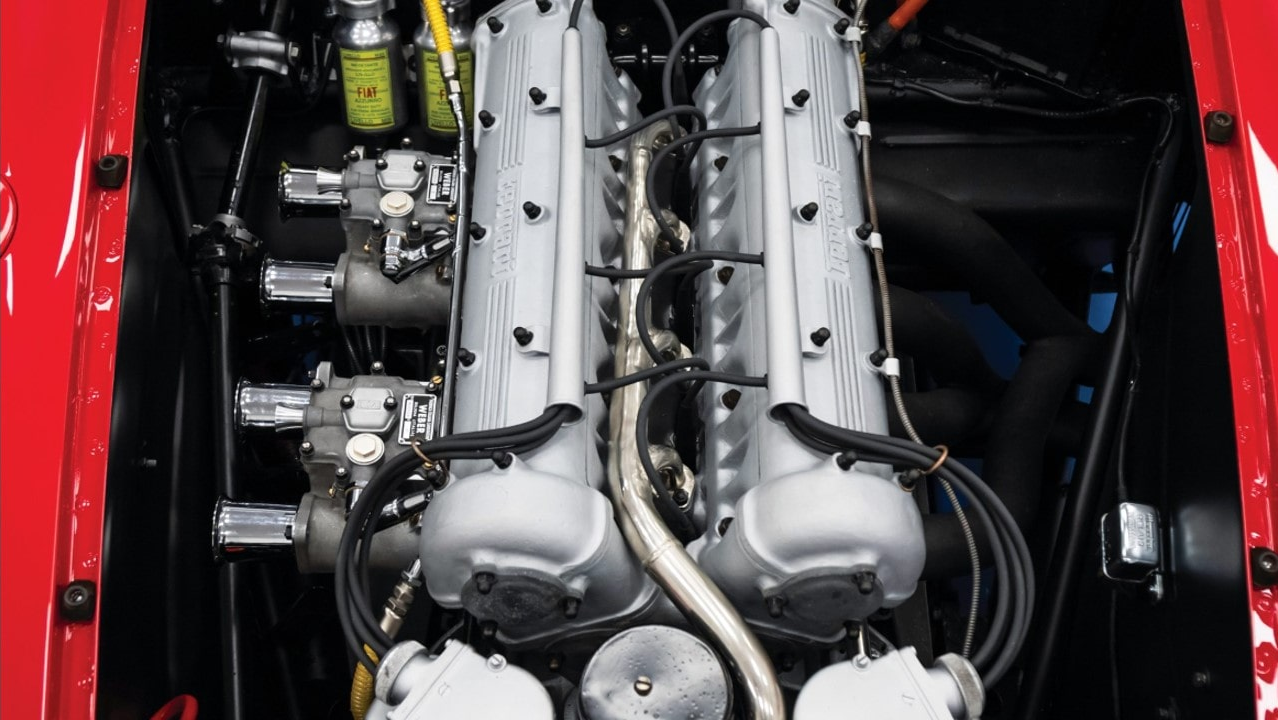 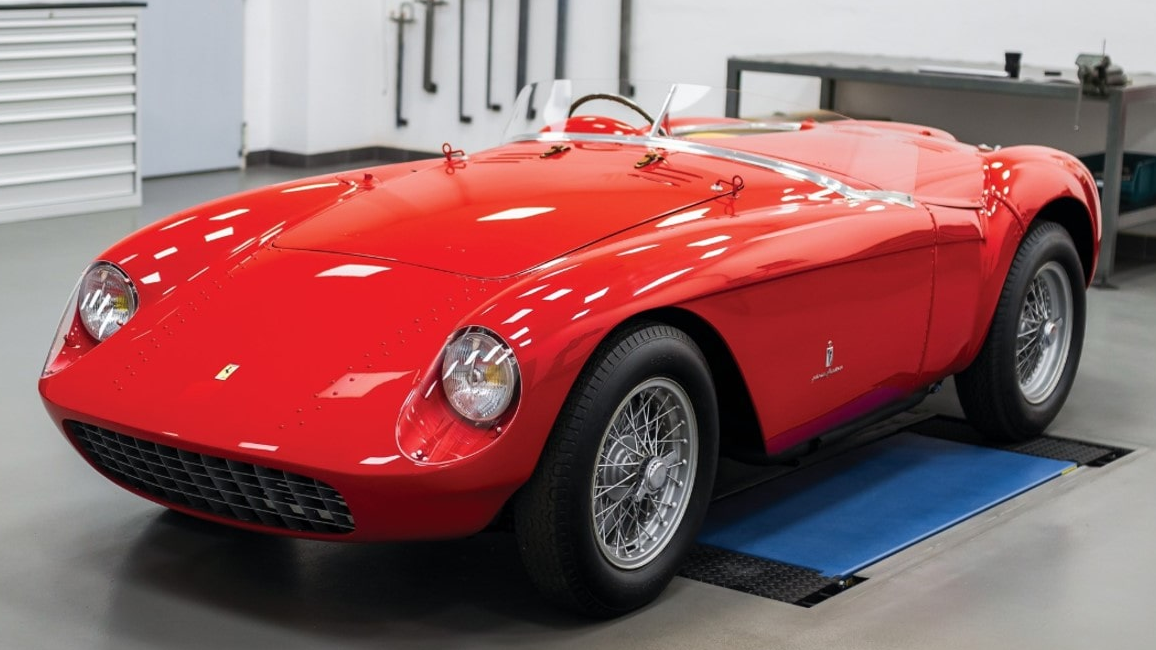 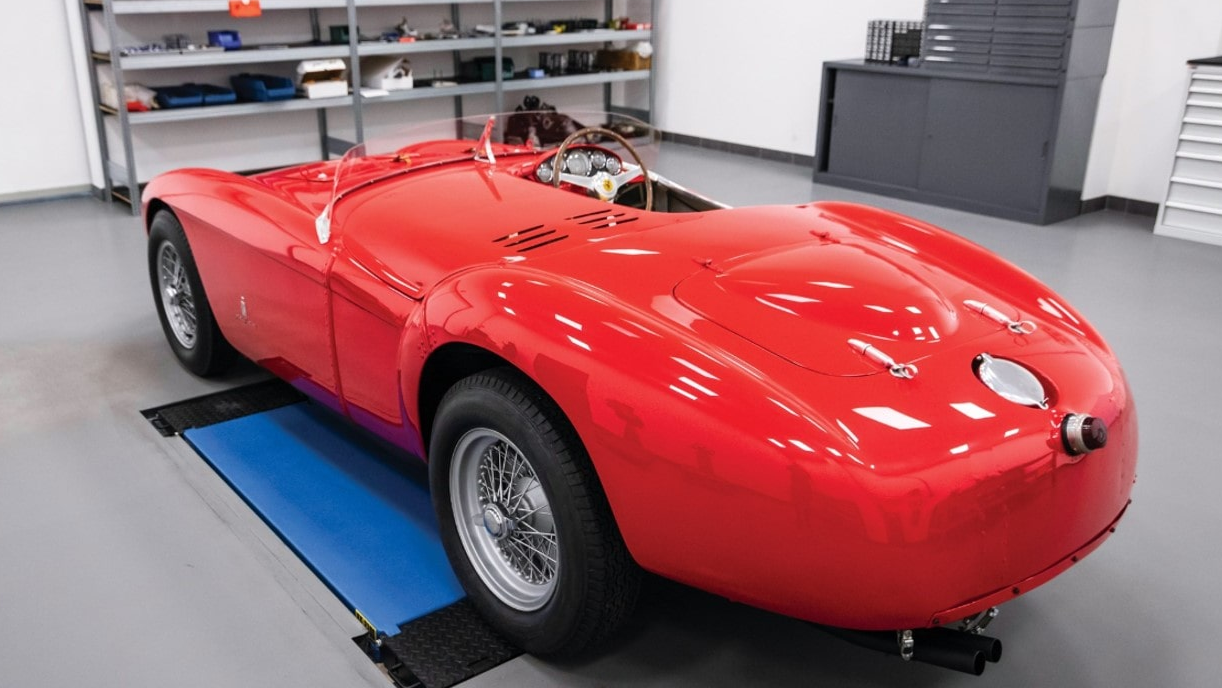 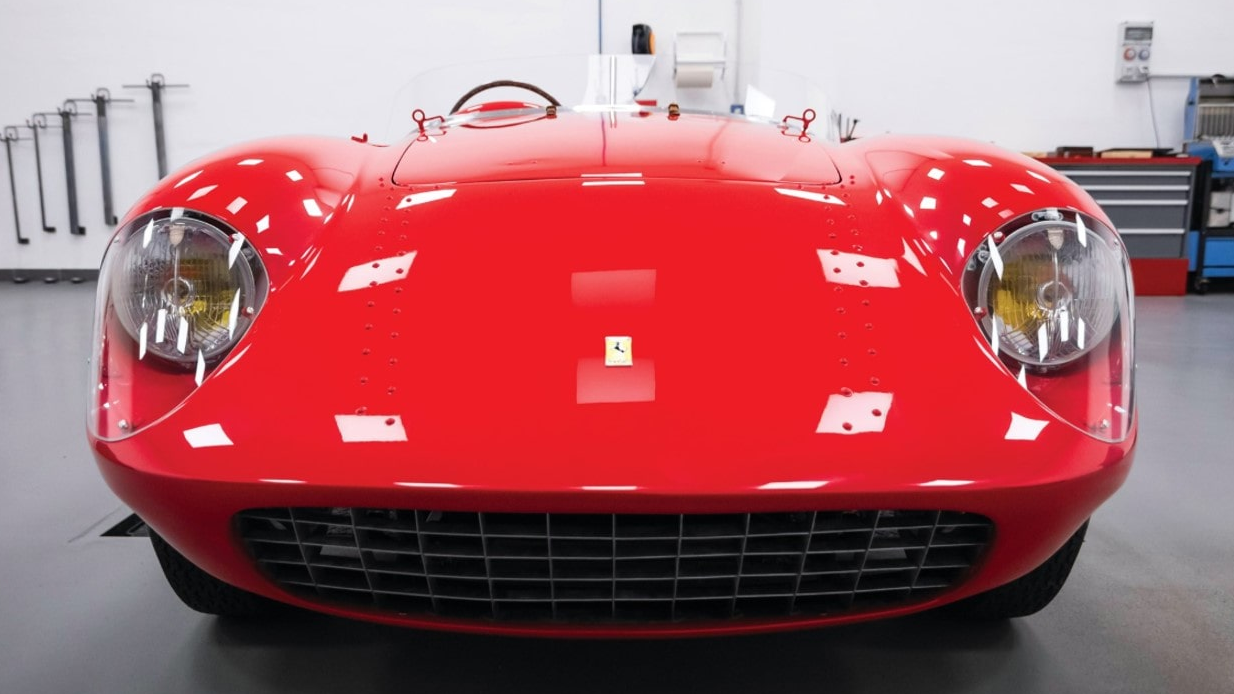 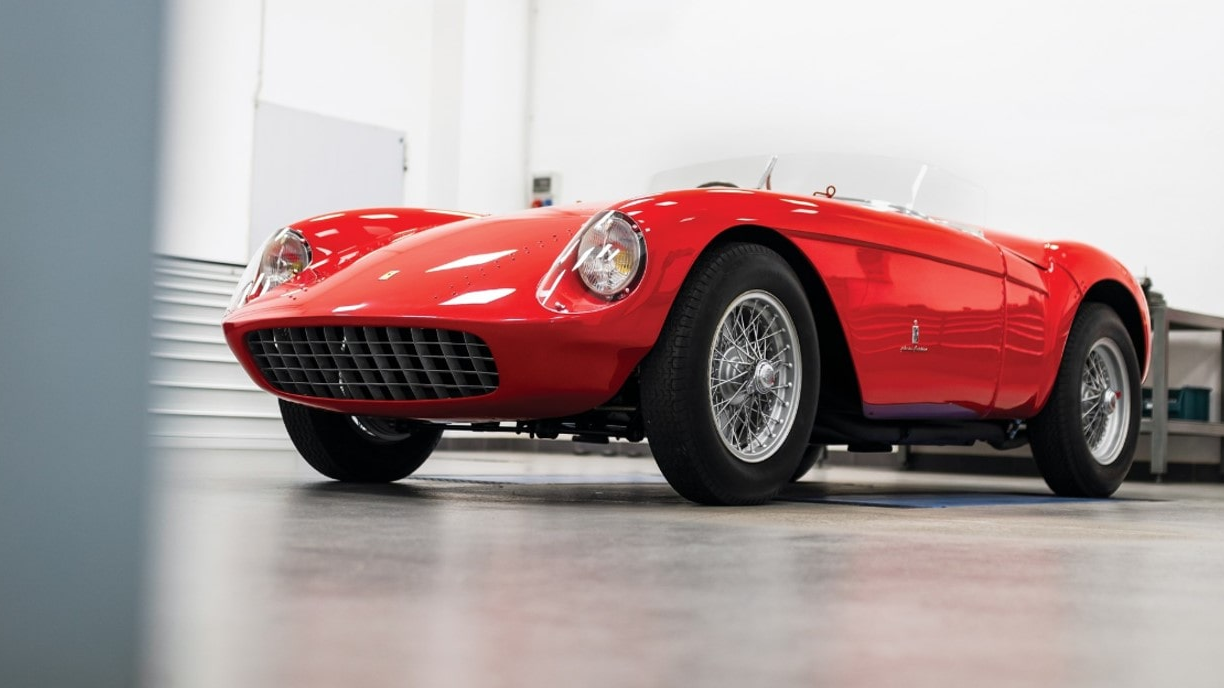 If the 1950’s truly was the golden era of sports car racing in the US, California was the epicenter, on any given weekend, well heeled enthusiasts, adrenaline junkies, and hundreds of spectators would come out to watch these fascinating new sports cars go toe to toe on racetracks and airfields. Dangerous, albeit thrilling at the same time, the grid was made up of a cast of extraordinary individuals and automobiles, but some were more extraordinary than others.

Arriving in Southern California from Chicago after the war, Antonio “Tony” Parravano of Inglewood, California quickly made money as a housing developer and entrepreneur in the frozen food industry. While many reckoned a portion of his income was off the books, his choice of sports cars never disappointed. Establishing Scuderia Parravano, Tony regularly employed some of the best American drivers of the time to race a variety of Italian sports cars under his name, including Carroll Shelby, Phil Hill, and Dan Gurney. It is said that he at one time owned thirteen Maseratis and eleven Ferraris.

Completed by the factory in October of 1954, chassis number 0448 MD was born as a 500 Mondial, the 12th of a total 13 Pinn Farina Spiders built and one of only five built with the unique “covered headlight” style bodywork only available in the first series of cars. It was sold new to Parravano on November 5th, 1954. Both the 500 Mondial and Parravano quickly became well known in Californian racing circles and both consistently proved to be front runners and major players on the scene.

In the car’s maiden outing at Willow Springs in February 1955, It placed 4th overall and 1st in class with Bob Drake at the wheel. Bruce Kessler was the next driver to take the helm of 0048 MD the following month in March of 1955 at Palm Springs. Kessler, who would later become famous as a team driver for the formidable Scarab race cars, was forced to retire due to a mechanical issue. 0448 MD had a similar result when raced at Santa Barbara in May of 1955 but in March of 1956, it returned to the site of its previous success at Willow Springs. Chassis number 0448 MD was driven to a 3rd place finish in both the Formula Libre Race as well as the main event by Pat O’Connor.

The car was listed for sale in Motoracing Magazine by Tony Parravano in April of 1957, and appears to have been sold, shortly thereafter to a friend, Javier Valesquez in Mexico City. Curiously, later in 1957, Parravano found himself in trouble with the IRS and the Palm Springs races in April of 1957 proved to be the last Scuderia Parravano entry. Some cars still remained in his custody and were later sold in a U.S. Government auction held in a North Hollywood parking lot in 1958. After skipping bail, Parravano eventually disappeared on April 8th, 1960, never to be heard from again.

Valesquez was the director and organizer of the Mexican Grand Prix, and upon purchasing the car, it is noted the he removed its roll bar, yet the holes for the bodywork were not patched in and remained as -is. Despite being slightly past its prime, Valesquez entered 0448 MD to be raced by Manolo Corte in the Carrera Presidential Race held near Mexico City in November of 1962. Corte finished a respectable 4th overall on race number 4. Valesquez retained ownership of 0448 MD for the following decade, eventually selling it to notable Ferrari collector Robert N. Dusek of Solebury in Bucks County, Pennsylvania in June of 1972. At this time, the car was missing its aluminum passenger seat cover, and Dusek sourced one from Charles Betz in California, which had previously been acquired by Charles Betz and Fred Peters as part of a batch of spares from Parravano.

Dusek would go on to own the car for nearly three decades, selling the car in 2000 to the previous owner where it became part of a large collection. In a recent conversation with RM Sotheby’s Research and Editorial department, Dusek commented that the car was acquired in good running condition and although he used it sparingly, it proved to be a good performer in vintage racing and never sustained any damage during his ownership.

More recently, the car has returned home to Maranello, where it has been inspected by Ferrari Classiche and undergone a comprehensive cosmetic restoration as part of the process in granting red-book certification. The car was subject to a complete refurbishment of the brakes, suspension, Fuel tank, and radiator along with new paint, a new interior and a number of additional items were brought back to original specification. Furthermore, the car’s certification binder confirms that it retains its original engine, gearbox, and bodywork, truly affirming its status as one of the finest 500 Mondial’s in existence.

For its next owner, the acquisition of chassis number 0448 MD would be a very exciting opportunity. Eligible for a variety of historic racing and concours events and now boasting Ferrari Classiche Certification to its name, it would be a superb addition to any collection of Enzo-era Ferris.