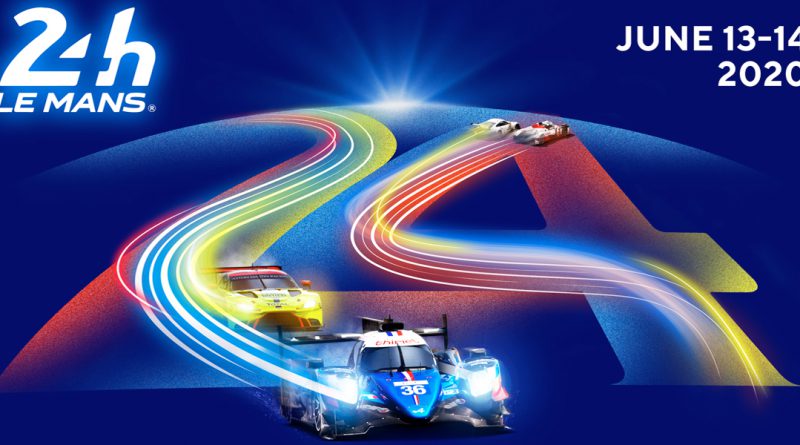 Yesterday tickets went on sale for the 2020 24 Hours of Le Mans and we got a glimpse of the official poster for the historic event.

The 2020 Le Mans 24 Hours will be the eighth and final round of the eighth season of the FIA World Endurance Championship (WEC). As the most gruelling race and the closing round, Le Mans is all-important in the championship and decisive to the outcome. Last year’s Le Mans winning car, the #8 Toyota TS050 Hybrid will be sporting the same number to defend its title.

June 2020 is already special for many reasons: it marks the 50th anniversary of Porsche’s first win (with the 917), the 20th anniversary of Audi’s first win and it will be 40 years since local driver Jean Rondeau became the first person to triumph as a driver/manufacturer. This is also the end of an era. The 2020 race will be the last time that LMP1 Hybrid and Non-Hybrid prototypes will line up on the grid with LMP2 prototypes and LMGTE Pro and Am sports cars, before giving way to Hypercars in September for the 2020-21 season – so if you can get tickets to the 2020 24 Hours of Le Mans, we highly recommend it!

As we’re making way for a hypercar class of Le Mans cars it’s pretty crazy to think where the future of fast is headed. If you’ve watched any videos on the illustrious Porsche 919 you’d know that we’ve already reached a new frontier of engineering. So while this upcoming 2020 24 Hours of Le Mans will be the end of an era, we’re excited for the speed and sustainability of the future.