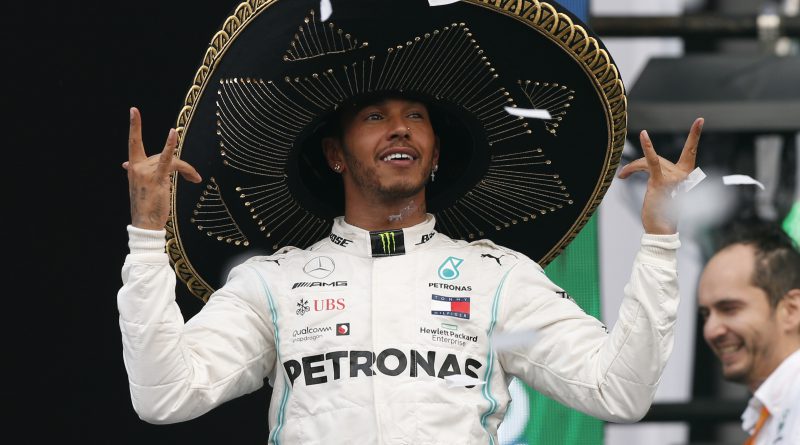 Lewis Hamilton is the 2019 Mexican GP winner but the wait for a sixth world title will go on to next weekend’s United States Grand Prix.

Hamilton produced an amazing effort to make his tyres last for 48 of the 71-lap race, but after Valtteri Bottas finished third, Hamilton – who needed his Mercedes team-mate to be fifth to be certain of the title – narrowly missed out on being crowned world champion here.

The British driver now needs to finish only eighth in Austin to be absolutely sure of the championship that will move him to within one of Michael Schumacher’s record haul of seven.

As the 2019 Mexican GP winner, Hamilton looked out of contention to win at the Autodromo Hermanos Rodriguez, but his all-conquering Mercedes team pulled off a tactical masterstroke, stopping him eight laps later than pole-sitter Charles Leclerc and 14 laps before the Monegasque’s Ferrari team-mate, the second-placed Sebastian Vettel.

Leclerc’s early change for rubber ensured he would have to come in again – he did with 27 laps remaining.

Hamilton assumed the lead for the first time and somehow managed to get his wearing rubber to the chequered flag to claim a fine win.

Vettel finished second with Leclerc fourth. Alex Albon took fifth for Red Bull, one spot ahead of team-mate Max Verstappen who fell out of the mix after he suffered an early puncture following a banzai move on Bottas.

Although Mercedes’ tyre gamble proved a masterstroke, Hamilton had been on the radio to question his pit wall’s decision.

“It feels like we stopped way too early,” he said. Moments later, Hamilton voiced his concerns again. “We stopped too early. There is a long way to go on these tyres, man.”

Marcus Dudley, deputising for Hamilton’s regular race engineer Pete ‘Bono’ Bonnington, watching on TV back in Britain following a medical procedure, was the reassuring voice on the other end of the line.

“It is going to be difficult,” he said. “But we are on for a win if you can do this.” Chief strategist, James Vowles, echoed Dudley’s message. “Lewis, this is James, you can do it.”

They proved to be right. Indeed, Hamilton even had enough life in his tyres to attempt a late salvo for the fastest lap and a bonus point to make ninth good enough for the championship in Austin next weekend.

He could not quite manage it on an otherwise faultless afternoon for the Briton and his Mercedes team.

“What a job, guys,” yelled the 2019 Mexican GP winner on the radio. “Thank you so much for your hard work. That was a tough race, but what a fantastic job. That was for Bono.”

After hugging his Mercedes mechanics, Hamilton said: “Today is an incredible result. I have to say a huge thanks to my team.

“We came here thinking we were on the back foot, and knowing it would be a difficult race, but we pulled through. I kept my head down and it seemed like a long second stint.

“I don’t mind (that I have to wait for the championship). I love racing, and I will take it one race at a time.

“This has been a grand prix I have wanted to win for some time so I am incredibly humbled for this opportunity.”

Hamilton lined up in third after Verstappen was controversially stripped of his pole. Bottas started in sixth after his Mercedes crew repaired his wrecked car from qualifying. It was touch and go as to whether the Finn would start the race – his car eventually repaired following 24 parts changes and more than seven hours of man power – just 30 minutes before the pit lane opened.

Hamilton roared away from his marks and took a nibble at Vettel on the 800-metre charge to the opening bend.

Vettel afforded Hamilton little to no room, and the Mercedes star was forced to back out. The stewards noted the incident but took no action.

Verstappen, who had started one spot behind Hamilton, then drew alongside the five-time world champion as they broke from 220mph for the first right-hander – but Hamilton had no desire to concede the place.

The Briton slid across the apex of the left-handed second bend, running on to the grass and taking Verstappen with him.

By the time Hamilton had recovered, he had dropped to fifth, but wasted little time in passing the McLaren of Carlos Sainz to move up to fourth.

Vettel was the last of the leaders stop for opening tyres on lap 37. Leclerc would lead, but when he came in for a second time, 10 laps later than his team-mate, Hamilton was promoted to the front.

From there, the reigning champion never looked back, crossing the line 1.7 seconds clear of Vettel.