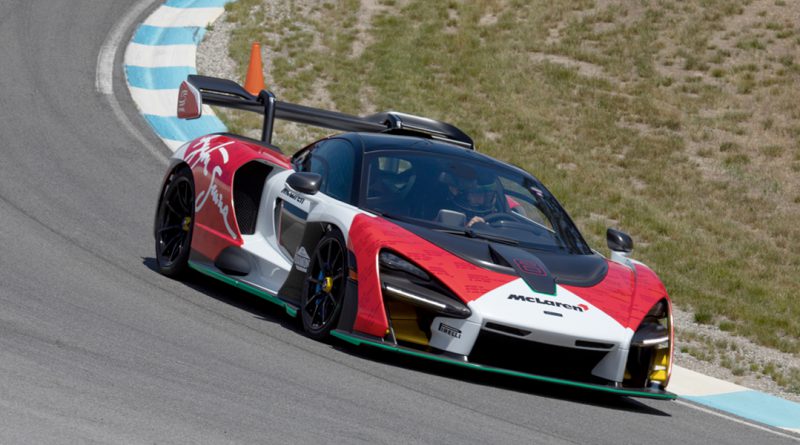 When Area 27 raceway opened in 2016 it was just a racetrack (read: brilliant racetrack) located amidst the beautiful vineyards of Oliver, British Columbia – and that was it. At lunch members would sit under their respective tents to hide out from the sun and enjoy their packed lunches. It wasn’t exactly a family environment like the tennis or golf clubs where, and excuse the cliche, it was ‘fun for the whole family’. No, Area 27 opened for business with a group of hardcore motorsport enthusiasts that understood it would take time to see some amenities, yet that didn’t deter any of the 120 members that pre-sold every allocation. And now, fast forward three years later and I’m sitting across from Bill Drossos, the founder of Area 27, in their newly developed clubhouse.

“This year we’re happy to open our 11,000sq-ft clubhouse which is not only a clubhouse for the members, but also a place to host events” says Bill, with his old office (a mobile office trailer) visible through the window behind him. “The clubhouse has made a big difference. For our members it used to be just the driver showing up and having to eat a packed lunch or go into town, but now we see the families and kids coming to hang out. It’s made it a much more of a family environment” he adds.

And this was evident from the moment we arrived at the track that morning. As we walked into the clubhouse there was a group of ladies catching up and their kids were running all over the place (as kids do at any clubhouse worth mentioning). We then walked up the stairs, under chandeliers designed from Charles Leclerc’s F1 rims, and came out on the main floor – a vibrant, open space with a large patio that overlooked the start/finish straightaway. I was floored. I grew up in tennis clubs and this entire environment caused an onset of nostalgia, but let’s be real – racing is a way cooler sport!

I’ve been to a lot of track days myself but never have I seen our beloved motorsport resemble a family environment. At most there’s a puppy or two running around but I’ve never seen the whole family show up to watch mom or dad run their laps. However, at Area 27 the kids can now run their own laps, at the new karting track only steps away from the clubhouse.

“With the karting track the kids can go karting while mom and dad enjoy the big track” says Bill. “It was another great addition and that’s open to the public so we can get the next generation of gear heads going” he adds. And at Racing Edge, this is something that resonates with us.

“Where are the next generation of car people going to come from? All they see now is automation and they’re just going to sit around in self-driving cars. We’re showing them that racing a kart on a track is very fun. The plan for next year is to develop a kids karting series and karting camps for the spring, summer and fall. And for the older kids we’ll also teach a ‘Business of Motorsport’ course which’ll be off track, to teach them how to make their own website and presentation packages to learn how to get sponsorships.”

At this point I was floored by Bill’s thought process; it was so holistic and considerate to the world of motorsport that I couldn’t hold back the stupid grin on my face. However, at Area 27, the development doesn’t stop with a clubhouse and karting track.

“There’s always something going on here. We’re planning for a gas station on site and we’re working on some garages for members to store cars at the track” says Bill, “I got an idea for a 40-60 room hotel with a view of the valley one way and a view of the track from the other side. Probably have some motorsport themed rooms where manufacturers can do the decor and put their history in there with a proper wine bar stocked with best wines from the region, along with a restaurant and swimming pool” he adds. I ask if that’s about eight years out and Bill’s quick to say “I’m hoping in the next five” he chuckles.