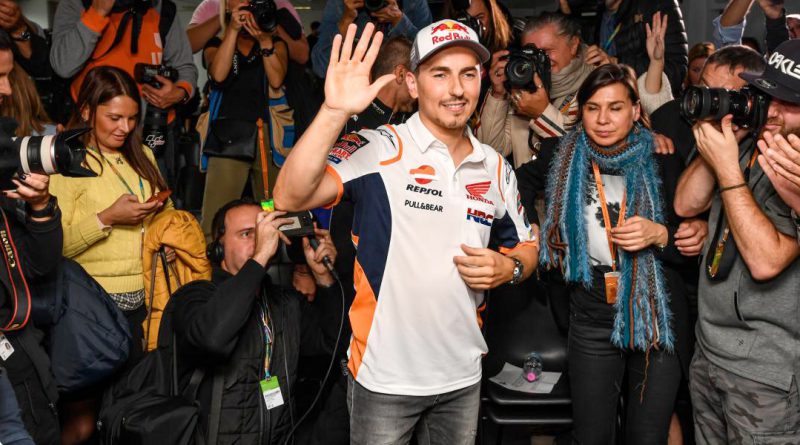 Today, multiple-time MotoGP World Champion, Jorge Lorenzo, announced his retirement from the sport. Even though I’ve never been a fan, it’s quite a sad story.

With two titles in the 250cc class and three titles in the premiere MotoGP class, Jorge Lorenzo is undoubtably one of the greatest riders of all time. Over the years he’s brought countless battles to Valentino Rossi, Marc Marquez and basically anyone else that would challenge the Spaniard at the front of the pack – because that’s where he could always be found, at least until recently.

Lorenzo missed most of the 2019 MotoGP season after a crash at the Assen GP left him with two broken vertebrae. It wasn’t until the 2019 Silverstone GP that he would make a return but his demeanour at the press conference didn’t seem confidence inspiring. If you read the article I wrote that morning of the press conference (click here), you’ll notice my analogy to boxing. Following a devastating loss, generally in the form of a life-altering knockout, a fighter begins to see the risk of their sport in a different light.

We often forget the danger of racing. Sure, at the highest level of the sport everything is under control and the athletes are hyper aware of their actions, but then again there’s variability to everything. Jorge’s broken back was the awakening knockout that put him on notice of his mortality.

Upon his return to the 2019 MotoGP season, with Silverstone being his first race back, Jorge has become a back-marker at every event. He’s consistently about two seconds off the qualifying pace of the front row and during the race he’s caught battling literally at the back of the pack – something we could never imagine from a multiple-time World Champion.

Now, we could dive into his struggles with the HRC Honda machine, that were evident before his crash at Assen, but finishing last in a race is more indicative of Jorge’s mental state, than the quality of his machine.

As I mentioned earlier, I was never a big fan of Jorge Lorenzo – but that doesn’t mean I’m happy about his retirement. Lorenzo goes down as one of the greatest of all time and I’m sad to see him leave the sport in this fashion. The upcoming race in Valencia will be his last and I’ll be sure to take in every moment – as I’m sure he will too.